The Outside Directory, which lists around 1,000 designers based outside of London, has launched in an attempt to showcase talent beyond the capital city.

The project has been led by Craig Oldham and Alice Fraser from Office of Craig, based in Manchester.

The site was developed by digital designer Mike Ash, also based in Manchester. It uses F37 Bolton as its typeface, created by Face37’s Rick Banks, another Manchester-based designer. 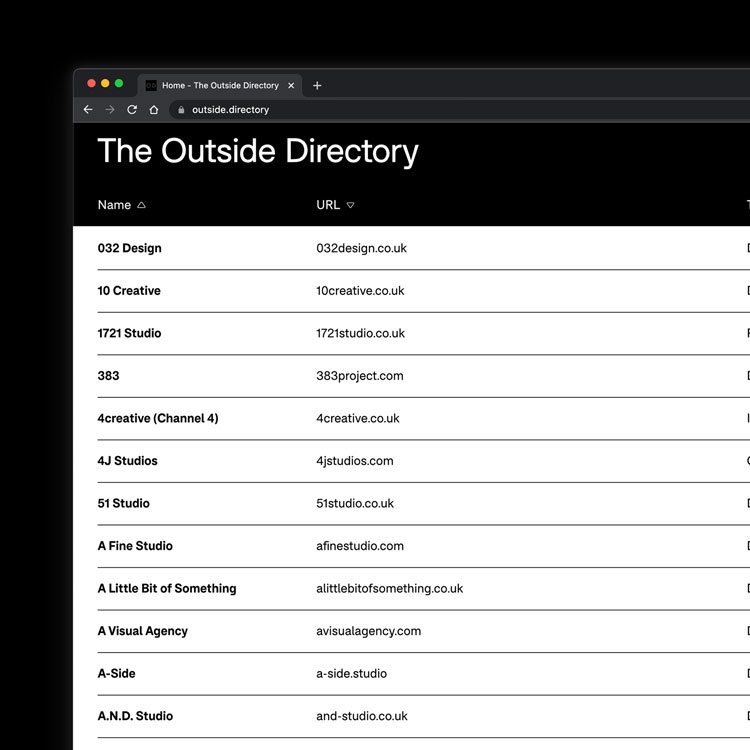 Oldham explains that he has long been interested in championing those working outside of London. He says: “As imbalanced as the UK already is, post-Covid we’re in danger of this being exacerbated with under-funding and poor recognition of contribution.”

In an attempt to support industries outside of London, Oldham sent out an open call to creatives to compile entries for the directories. Studios, agencies, foundries, organisations, networks and independents have been included.

Collaborating with over 100 creatives, almost 1,000 entries were brought together for the directory. It lists studios with their links and locations.

You can sort through the directory according to discipline and location. The effort is ongoing, and you can submit entries online. 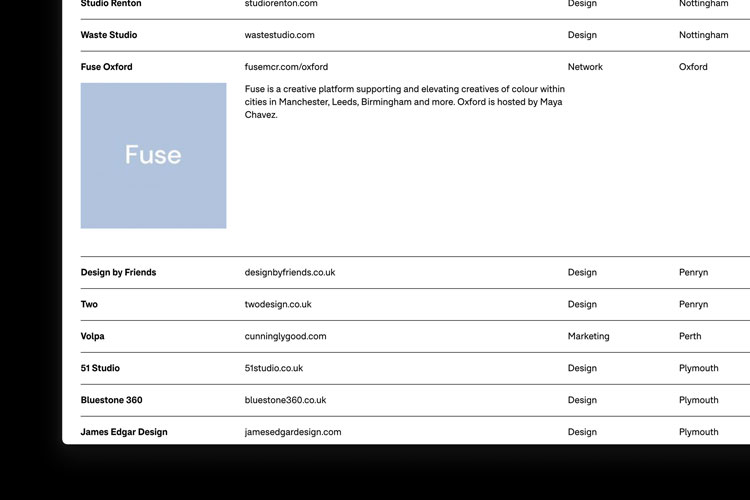 One of the intended audiences is recent graduates who may be looking to work and make a living outside of London. This could help retain talent in areas where people typically study, according to the directory’s FAQ.

“We see the directory as a valuable network and starting point for cross-displinary collaboration between practices and practitioners and we hope it will provide amble demonstration of the diverse and distinct creative offers and activity happening outside London,” it adds.

You can view all the listings on the directory’s website.

Es Devlin: “Humans are not the only main characters”