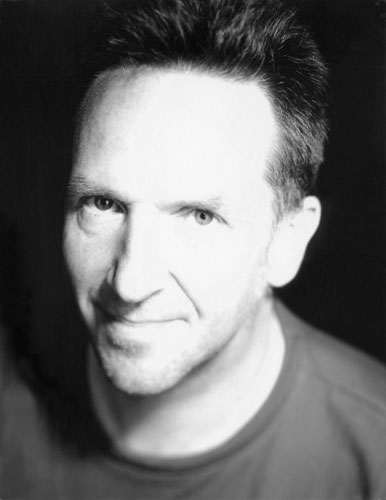 Picture this: you are a young, affluent, feckless male. You wake up one Saturday, after an especially naughty night, to the thud of a package dropping on to your novelty doormat.

‘Matter’, it says on the light blue box. The ‘e’ in ‘matter’ is pierced to help you open the package, which reveals a dozen dazzling toys and gimmicks. An hour’s playtime and then you go on-line to sign your girlfriend up to the urban female edition. You are actually opting in to receive direct mail, and your puppet master is Tim Milne, the founder of Artomatic.

In its previous incarnation, Artomatic was a highly respected London graphics archive and gallery. Following its closure in 2003, Milne went to live in Virginia, in the US, where he plotted Artomatic’s return. Now it is back, transformed into a thoroughly commercial concern that unites Milne’s curatorial skills, his love of printed materials, and a freshly evolved precision marketing man’s sense of below-the-line opportunities.

Direct mail is one of the fastest-growing direct marketing sectors, with an overall value to the UK economy of £8.6m, according to the Direct Marketing Association. But it has a questionable reputation with the public for being unsolicited and low quality – ‘junk’, which Milne says he aims to change.

The first Matter box, for young affluent males, is just the trial edition, which will be sent to about 1000 carefully selected people. Already, you can sign up free to Matter on-line, and soon Milne hopes that subscribers will be receiving regular boxes of goodies tailored to their precise demographic. The concept is heavily influenced by publishing, says Milne, but instead of looking at flat, paper ads in magazines, subscribers will be playing with 3D ads from companies that have paid to get their products into the box.

Milne is eager to bring designers on board. ‘I want design consultancies to approach their clients with ideas for products for Matter, and then work with them to develop them,’ he says. ‘I want to see whether designers have a different approach to advertising agencies. This is an advertising channel, but I think design groups can bring something interesting to the table.’

But will the concept inspire designers? ‘This is a really good, different idea, but making it work will be difficult,’ says Arthur Steen Horne Adamson partner Marksteen Adamson, who recently created the branding and packaging for Gadgetshop.

‘People will struggle with it. Designers tend to think in terms of brochures, letterheads and business cards,’ he says. ‘Ad agencies think in terms of billboards and TV spots. Marketing companies are responsible for the totally useless crap that comes through your door, so will not be able to instantly provide creative and useful solutions.

‘The products will have to be cheap. You will need clever, low-tech ideas that give massive benefit. Cardboard 3D glasses with a picture is one good solution.’

Milne has found a heavyweight backer for the trial, a company that since the postal sector was deregulated at the start of 2006, has striven to be at the vanguard of direct marketing.

‘We have conducted considerable research into direct marketing. As a result we have faith in Matter, as it starts to move direct communication into the brand arena,’ says a spokesman for Matter’s funding partner, which could not be named for legal reasons. ‘We are encouraging creativity in direct mail, which could do so much more than it currently does.’

Milne and Chisholm hope that this will become a mainstream, physical, brand advertising channel, though there is the question of working sustainably, which Milne admits ‘is a concern’.

• The first Matter box, for young affluent males, is being tested on 1000 people in January 2008. The enterprise will begin in earnest later next year

• The second box might be for urban females, with a handbag-theme, perhaps embossed with crocodile skin, suggests Milne

• Subsequent boxes will be aimed at other groups, including country gentlemen

• The box will fit through the average UK letterbox, which measures 215mm x 40mm