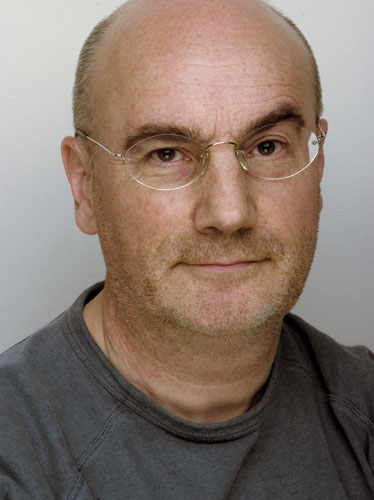 I had the good luck to attend the recent AIGA Next conference in Denver, US. The event was well named: it really felt like the ‘next step’. In fact, it wouldn’t be overstating the case to say that it offered a compelling blueprint for the way designers might think and act in the future.

Up until now, I’ve thought of design conferences as fulfilling a largely social function – the presentations are a sort of glue that holds everything together, but the real action takes place in the bars and cafés where designers meet and swap war stories from the front line. AIGA’s Next conference was different – the lectures, talks and panel discussions were the high points and acted as catalysts for debate, argument and inspiration in the late-night bars and hotel lobbies.

As a Brit attending the event, I occasionally felt like the poor relation turning up at a chic family wedding. The sheer scale of the event was dazzling. Of course, everything in the US is bigger; the helpings in restaurants, the vehicles that clog the freeways and the waistlines of the customers in the donut shops. But, it took a while to adjust to the vast Denver conference centre that was home to 2500 designers and design educators for four days. It was like an aircraft hangar with carpets. Not that the designers had it all to themselves. The venue was shared with a beer festival, but it was easy to tell the designers from the beer fans. The beer fans were more serious.

What really took the breath away was the range of events – it was a mouth-watering line-up of subject matter presented by smart thinkers from all corners of design. Speakers included Ed Fella, Tobias Frere-Jones, Jessica Helfand, Jonathan Hoefler, Maira Kalman, Daniel Libeskind, Ellen Lupton, Michael Bierut, Christoph Niemann, Alice Twemlow and Garth Walker. Subject matter included The Designers Guide to China; How Does Design Research Impact Design Practice?; Intellectual Property Basics – A Designers Guide to Copyrights, Trademarks and Patents; and a talk with the intriguing title I’m Sleeping with my Client.

This is only a tiny sample of what was on offer, and it was impossible to get round everything. I missed far more events than I was able to attend. Certain presentations caught the collective imagination. From a British point of view, the defence of the London 2012 logo by Wolff Olins’s Patrick Cox seems to have converted a few doubters. The other event that got people talking was a presentation by a biologist on the subject of biomimicry. Apparently, companies are turning to nature’s strategies to make the smart products of the future, and far-sighted designers can benefit from a study of this subject.

Two thoughts struck me after my four days in Denver. The first was the high numbers of women attending and presenting. It felt like roughly 50/50 with perhaps a small bias towards the female side. It’s doubtful if the same balance would be achieved in Britain – or Europe for that matter – but it gave the conference a well-rounded wholeness that was refreshing.