Barcelona-based design studio Summa has rebranded Spain’s national postal service Correos, in a bid to help it appear modern, “up-to-date” and shake off perceptions of public companies being “old and slow”.

Correos, Spain’s national postal service, was founded in the 1700s, and is completely state-owned. It now has over 50,000 employees, 10,000 postal centres and sends 5.4 billion pieces of mail every year.

Its first rebrand in over 15 years, the new identity pays homage to the original process of mail delivery from the 18th century, which involved postmen playing a horn to alert people to come to the town plaza and collect their mail. 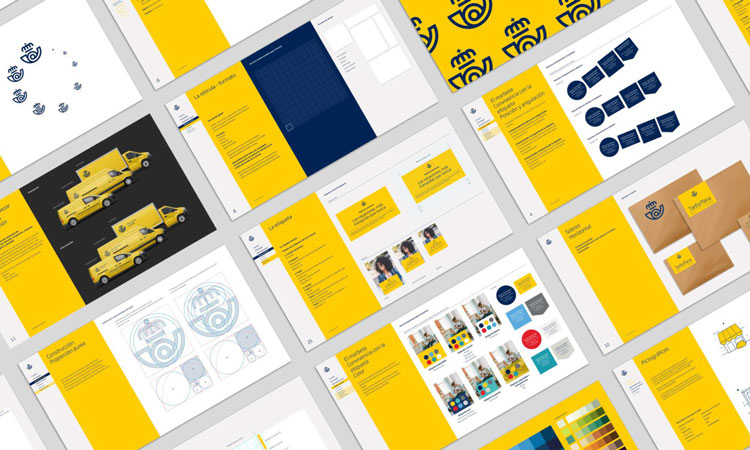 This replaces a previous version of the horn symbol, which was also accompanied by the name “Correos” set in an overlapping, sans-serif type. Now, the logo is simply the symbol.

“Back in the old days, there were no postcodes or street numbers – postmen would play the horn to announce their arrival to the town,” says Pablo Amade, creative director at Summa. “The cornamusa is a universal symbol in postal services, and it has a navigational role, like a red cross or a parking symbol.”

Correos has long been associated with the colours yellow and blue, so this core colour palette has been kept but refined, with the studio making them slightly darker.

A new sans-serif typeface — Cartero — has been developed alongside type foundry Monotype, and used for supporting copy on advertising posters and other touchpoints.

It replaces sans-serif Soho Gothic, and aims to be more legible across both out-of-home and digital environments, while also appearing “human and warm”, says Amade. The new type has been set in light, regular and bold across different applications.

The overall aim of the public service’s new identity is to help the company appear more modern, as well as enable it to be “recognisable” with only a few, key brand components and without the need to use the company name.

Amade says this has been achieved through stripping back the logo and colour palette, removing the logotype, and simply using the blue symbol against a yellow backdrop.

“We want people to perceive Correos as an up-to-date company, as the digital company that it is today,” he says. “Being a public company, it was perceived as old and slow. By painting a van in full yellow with nothing else but just a symbol, any vehicle or mailbox can become an icon.”

Alongside the main brand elements, a suite of animated icons and illustrations has been created for use online, and a new range of people photography, focusing on a diverse mix of customers.

A navy blue and yellow pattern, made up of various graphic components of the horn logo such as circles, stripes and crosses, has also been used across the visual identity, to help give “life and dynamism” to it when used across merchandise and on signage at events. A handstamp set within a roundel has been developed, to frank mail.

The new branding is currently rolling out across all touchpoints in Spain, including Correos’ website and social media, print marketing and advertising materials, physical touchpoints such as post-boxes, mopeds and courier vans, wayfinding and signage at events, and smaller touchpoints such as merchandise, uniforms and tape used to package boxes. 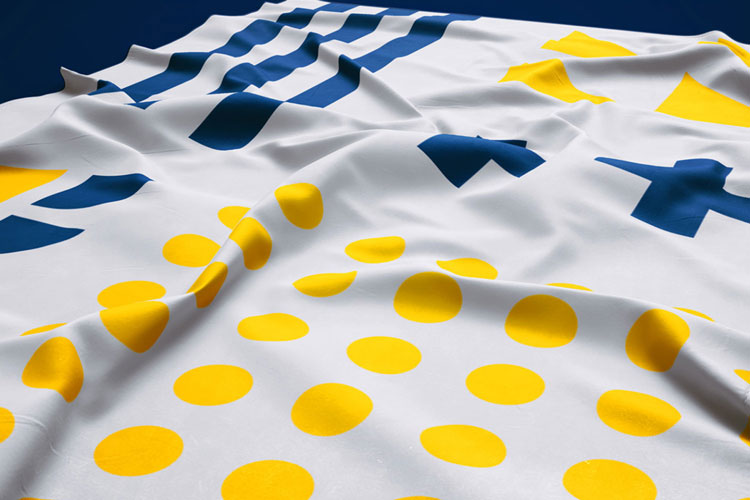 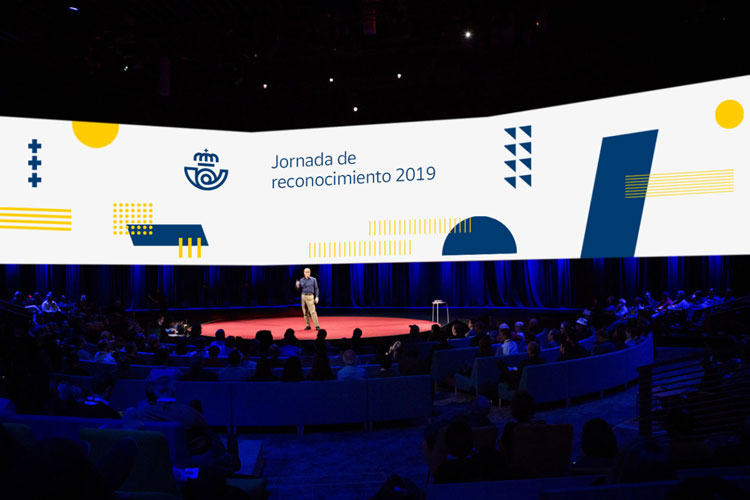