Interbrand has created the identity for Matter, a mark which seeks to clarify the interoperability of devices for the Internet of Things (IoT).

The work has been commissioned by the Connectivity Standards Alliance, which is made up of tech leaders including Apple, Amazon and Google. 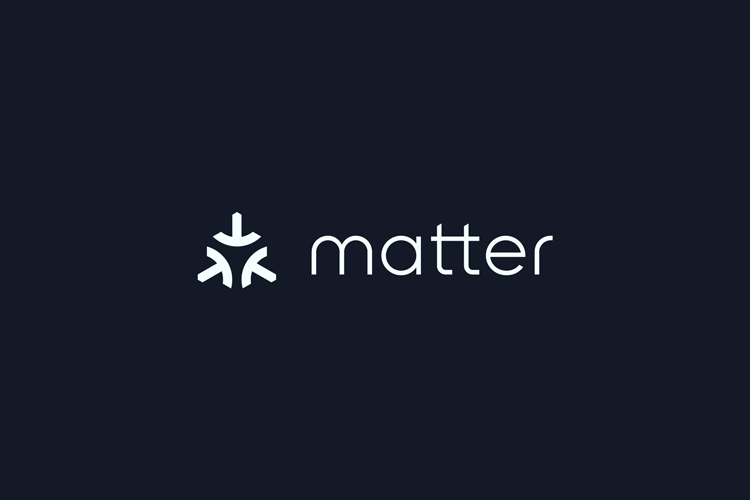 “This new connectivity standard promises to deliver new levels of simplicity, reliability and interoperability for the IoT,” Interbrand says, and is set to sit alongside standards like Bluetooth and Wi-Fi.

The New York-based studio has created the brand’s name, symbol and identity. 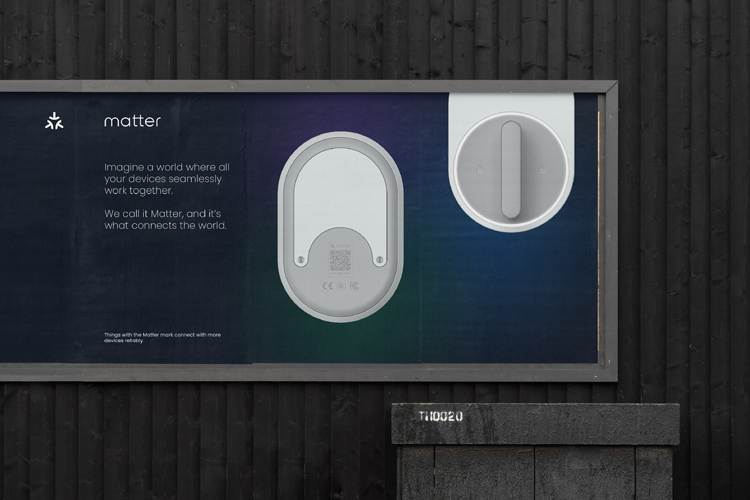 The name Matter was chosen for its “foundational nature”, Interbrand says. It adds: “In everything, Matter is a building-block for life. We also favoured the intimation that the technology layer was somehow physical, with Matter being found inside products.”

Interbrand says that the logo is the “new symbol of connectivity”. The triangular form has “lower weighting” which makes the mark feel “stable and secure”, the studio says. 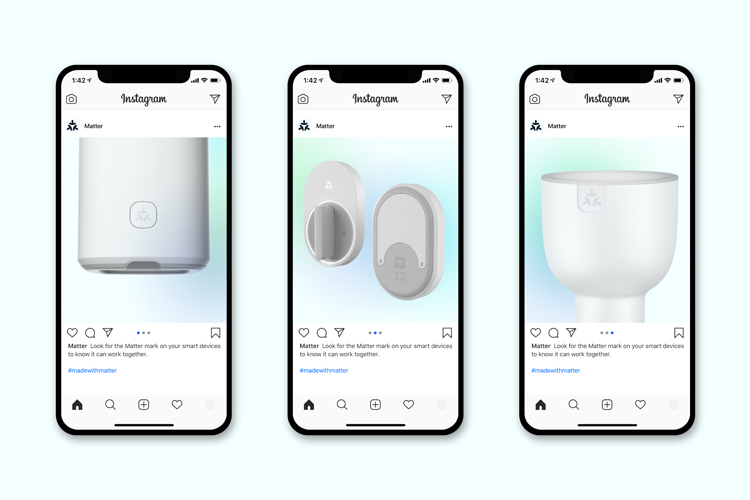 The three curved forms “tell the story of convergence”, which Interbrand says is a “hallmark of this industry-unifying standard”.

The logo’s geometric and symmetrical features represent simplicity and balance respectively, according to Interbrand.

A colour palette comprising “cool tones” seeks to create a “sense of calm confidence in the technology”, Interbrand says. 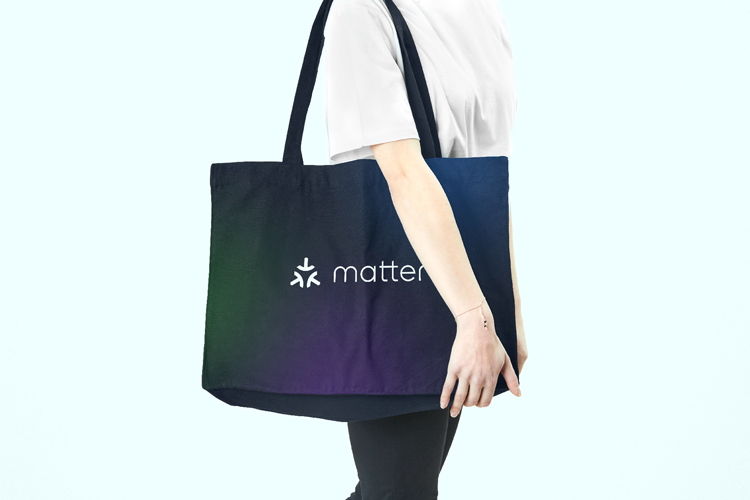 It also incorporates a gradient pattern which “represents the connections made possible by Matter”, the studio adds.

Interbrand has worked with industrial designer Lemanoosh on a series of product illustrations which show where the Matter symbol will be seen and used. 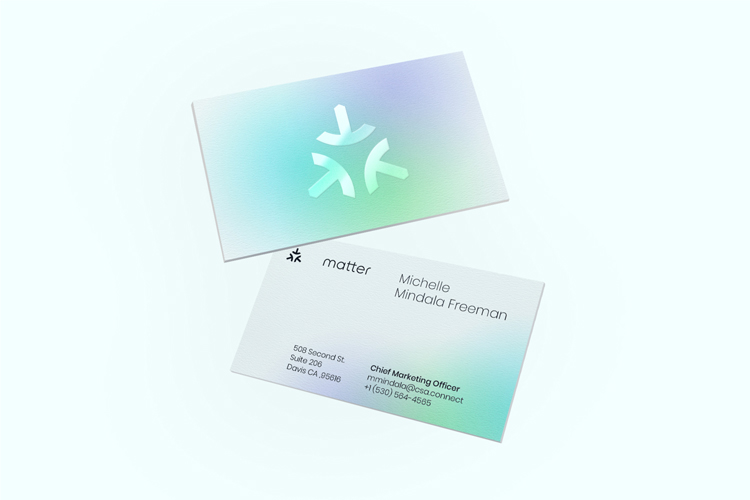 These were created partly because mainstream products could not be used to promote the new standard, according to Interbrand.

The studio adds: “We created four hyper realistic products that would be used to contextualise where the new standard would show up in the future.” 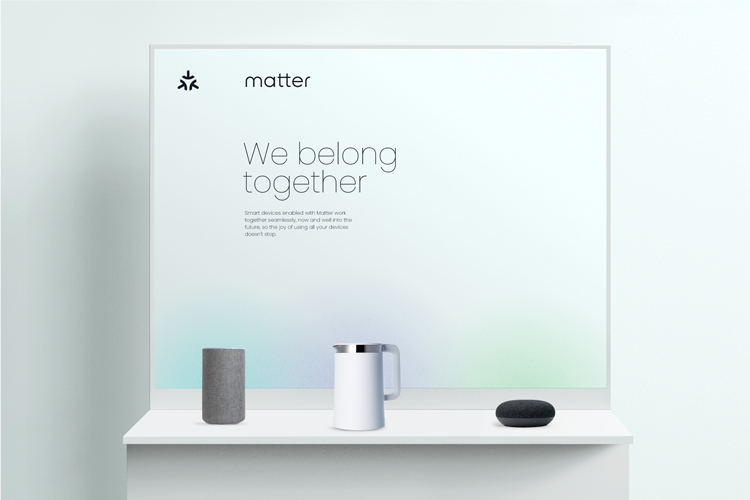