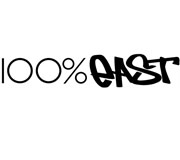 100% East is adopting a new format this year after its organisers admit that last year’s inaugural show was ‘extremely confusing’ and ‘misguided’.

Rather than repeat last year’s attempt to attract similar exhibitors to the main 100% Design show in Earl’s Court, 100% East is being reinvented as an ‘incubator’ show for young talent.

The venue will remain the same – the Truman Brewery in London’s Brick Lane.

The main space will now be given over solely to emerging designers who are less than four years out of college. Alongside these start-ups, there will be a smaller Talent Zone dedicated to showcasing the work of about 150 graduates.

The approach will be multi-disciplinary, including graphics, photography, ceramics and furniture design. The Talent Zone replaces the Undu Graduates show, which has run for the past three years.

Undu Graduates was run by Jimmy MacDonald, who now becomes event director of 100% East, as part of a joint venture with Reed Exhibitions, which owns 100% Design.

The organisers will also be running an initiative called Design into Production to attract non-design-led industry to the show.

As part of this, there will also be four industry-sponsored design competitions.

MacDonald denies the new format is the last chance for the event.