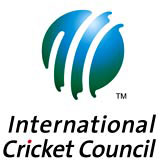 Cricket is undergoing a fundamental overhaul by its governing body, the International Cricket Council, including the launch of an identity created by Minale Bryce Design Strategy in Australia.

The identity, which was unveiled on Monday at Lords’ cricket ground in north London, is designed to position the ICC as a global organisation. The project is worth a ‘six-figure’ fee.

‘We want to help the ICC seal its credentials as the monitor, manager and custodian of cricket,’ says Minale Bryce Design Strategy creative director Michael Bryce.

As well as the ICC identity, Minale Bryce’s work includes individual brand identities for four ICC-run events: the cricket World Cup in 2003; the under-19 World Cup and two smaller tournaments, Knockout and Trophy.

The latter may or may not keep their existing names, says Bryce. The consultancy is also looking at uniforms for referees and umpires and is introducing a ‘New York cop-style’ pocket badge in soft vinyl featuring a hologram.

‘We want to give cricket a 21st century, contemporary look,’ says Bryce. There will be no change yet to the players’ whites, but that has not been ruled out, he adds.

Minale Bryce’s brief was to retain the ICC name, which is ‘very well recognised’, and build on its strength as a global organisation. It had to work closely with the World Sport Group, which has the contract to redevelop and market cricket.

The consultancy was also briefed to help brainstorm ten core values of the game that ‘resonate worldwide’, says Bryce.

Minale Bryce won the ICC work on the strength of previous corporate identity work on the Sydney Olympics and the Australian Rugby Union. It was appointed in July 2000 (DW 28 July 2000).

Putting a brave facia on the telecoms industry