We Launch has created a new identity for Jamaica’s national bobsleigh and skeleton teams, following the recent merger of the two sports under a single organisation.

The Jamaican Bobsleigh & Skeleton Federation commissioned We Launch to rebrand the team to coincide with the 2018 Olympic Winter Games, which is currently taking place in PyeongChang, South Korea.

The organisation approached the consultancy to work on the identity following the roll-out of its rebrand for the British Bobsleigh & Skeleton Association in 2016.

Jamaica’s bobsleigh team first took part in the Winter Olympics in Calgary, Canada in 1988. The event went on to be immortalised in popular culture by the 1993 film Cool Runnings, which told the story of four Jamaicans who had never seen snow but dreamt of competing in the Winter Olympics.

Some 30 years later, Jamaica has taken its largest ever squad to the Pyeongchang Winter Olympics. “The team were hoping to change the stigma about the sport in the nation by not just competing, but winning gold at the games,” says We Launch. “For too long they were only associated with one thing: Cool Runnings. Pyeongchang would provide a significant opportunity to motivate, inspire and change perceptions – both within Jamaica and internationally.”

We Launch says it took on the project pro-bono due to the federation’s lack of funding, particularly in comparison to Jamaica’s athletics team. It was briefed to create an identity that could translate well across everything from the bobsleds and skeletons to printed materials and merchandise.

A colour palette of green, yellow and black – based on the colours of the Jamaican national flag – has been used throughout the new identity. The “J” icon is inspired by the “angles and curves” of the track used in both sports, says We Launch owner Stuart Lang, as well as the lines and shapes seen in Jamaica’s flag.

The consultancy chose Core Sans Bold Italic as the typeface so that the text would be legible at high speeds, and work well in small sizes across digital and print formats, says Lang. The chosen typeface has rounded edges that aim to make it look more “friendly” and “accessible”, Lang adds.

The new identity has rolled out across all touchpoints. 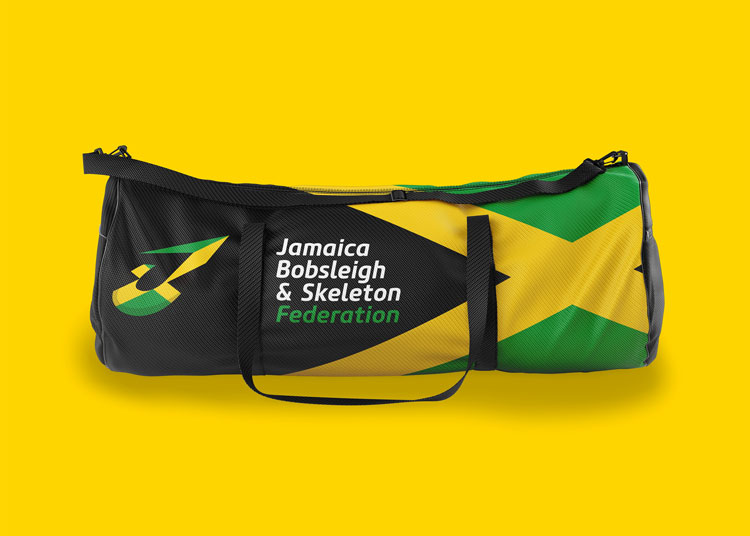 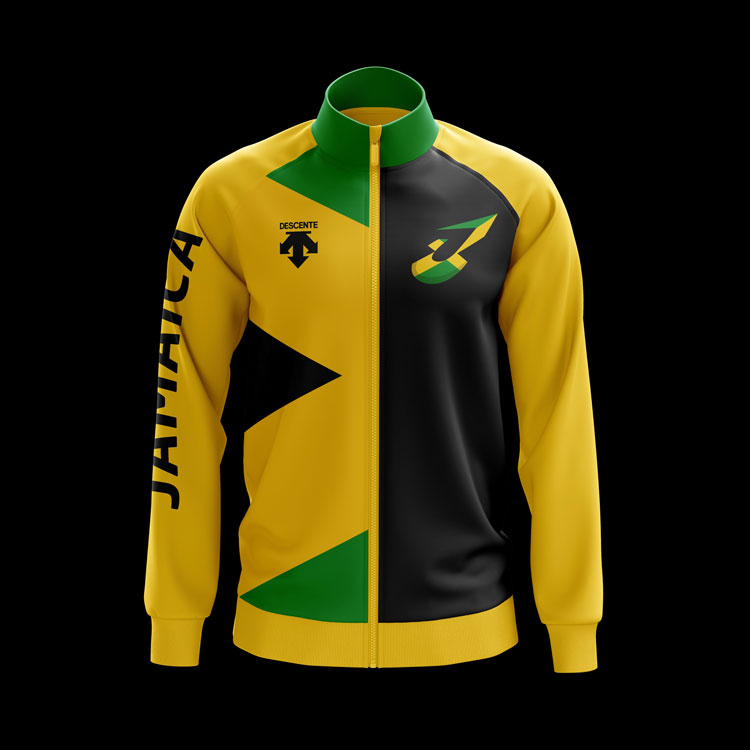 A pedestrian crossing that lights up to reduce accidents