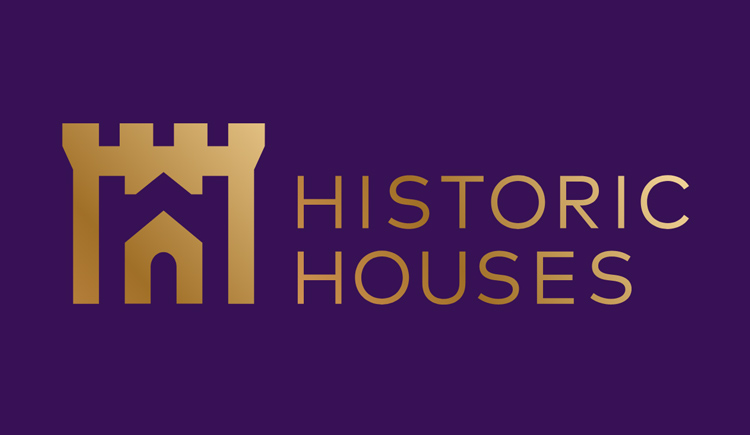 Johnson Banks has rebranded cultural organisation Historic Houses Association, which offers public access to historic houses and gardens, in a bid to increase memberships and make it better known.

The Historic Houses Association was founded in 1973, and now represents 1,650 historic houses and gardens across the UK, many of which are open to the public. An annual membership costs £50.

Michael Johnson, co-founder at Johnson Banks, says that despite its size, the organisation was “still not that well-known” and continues to be “one of the UK’s best-kept cultural secrets”. The new branding and marketing campaign aims to increase public awareness and memberships.

The design studio has renamed the organisation Historic Houses, and given it a visual identity centred around a purple and gold colour palette.

The previous navy blue logo of a portico-style building – a roof supported by pillars – has been swapped out for a more minimal building symbol set in gold or purple depending on application, which aims to represent “many styles of house”, says Johnson. This is the first change to the brand’s visual identity in 30 years.

“We initially threw [the portico symbol] out, then realised that perhaps it could be retooled and tell a nice story about the sheer breadth of houses that [Historic Houses] offers,” says Johnson.

The new house logo sits next to the organisation name set in all-caps, in sans-serif typeface Montserrat. Serif typeface GT Sectra, which mimics the style of calligraphy, is used as the main typeface throughout copy and communications, with Montserrat as the supporting typeface. 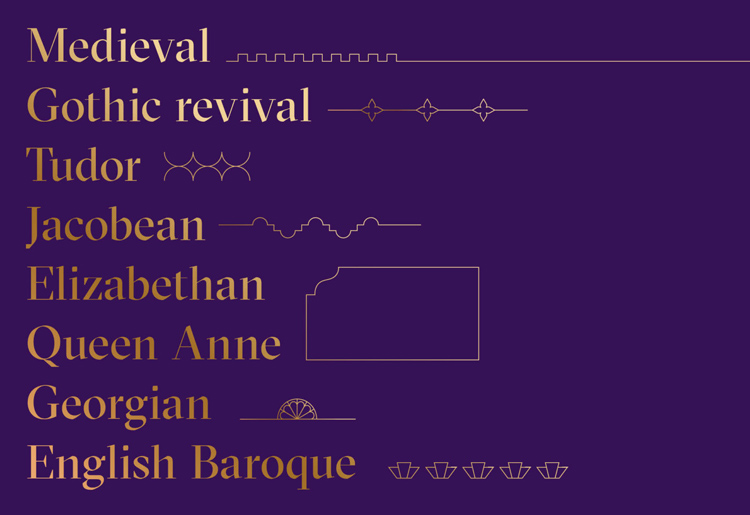 Johnson says the branding borrows from the “language of luxury hotels” with its purple and gold colour palette and calligraphic typography. A series of graphic symbols have also been designed to represent different forms of architectural and building styles, and used as embellishments and borders across communications.

“There’s an undeniable sense of style surrounding the houses,” he says. “We realised the brand needed to feel more luxurious and beautiful, so we searched for colours, photos and typefaces that would express this. Many of the houses also supplement their income with short breaks and weddings, so it made sense to look to hotels.” 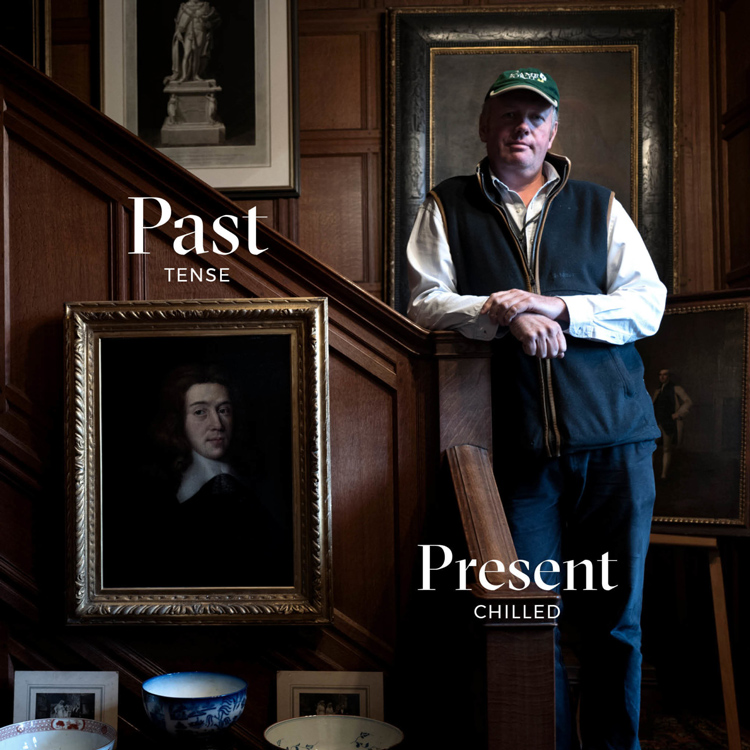 People currently living in the houses feature across photography used for the visual identity, alongside tongue-in-cheek copywriting that aims to “inject humour and personality into the brand”.

“These houses are lived-in and alive, not dusty museums,” says Johnson. “The downstairs loo in some of them feature priceless engravings, and also a copy of The Week on the side. You’ll walk into the Tudor kitchen, and see a student finishing her college dissertation. Various earls and baronets often conduct tours in person, and the visitors love this.”

He adds: “The humanity of the houses is what sets them apart from others. The visitors are as interested in these people’s personal stories, as much as a building’s architectural history.”

The new branding is currently rolling out across all touchpoints, including the website and social media, print and marketing materials such as the members’ magazine and membership cards, and merchandise such as stationery. 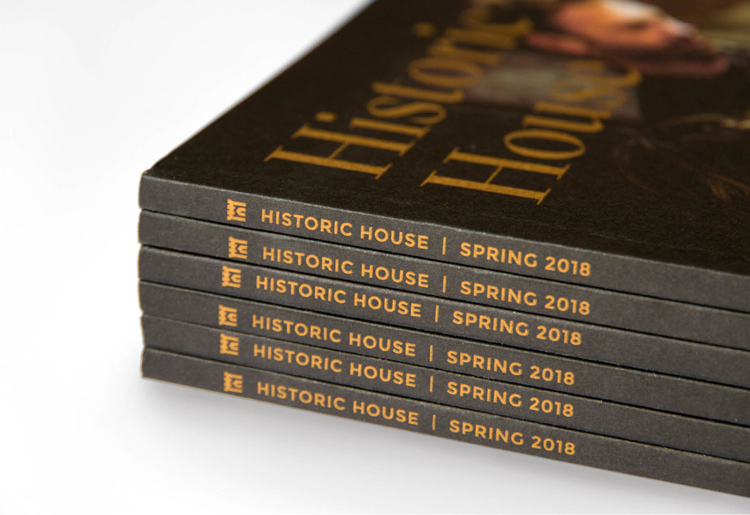 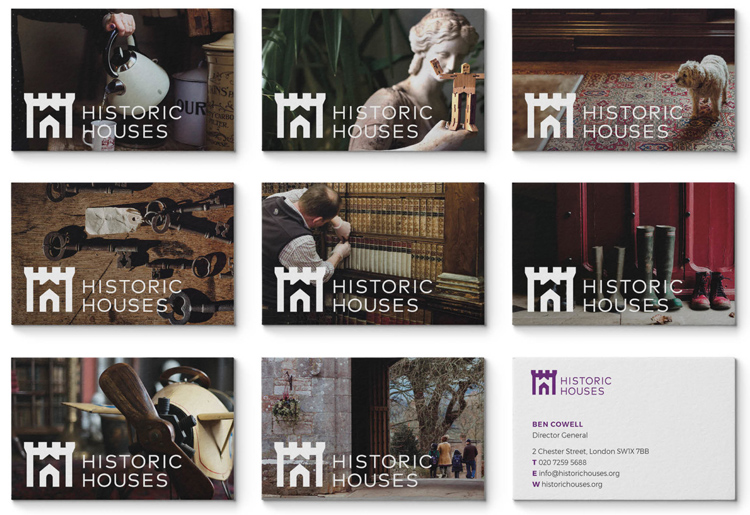 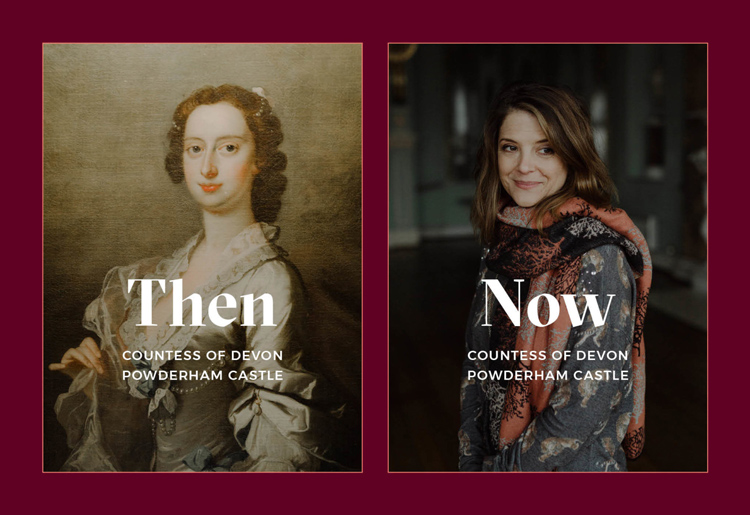 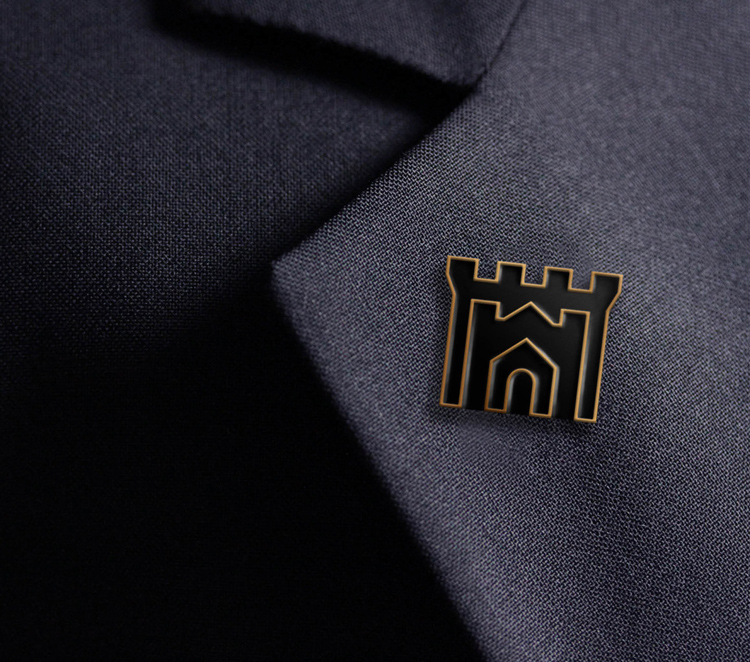 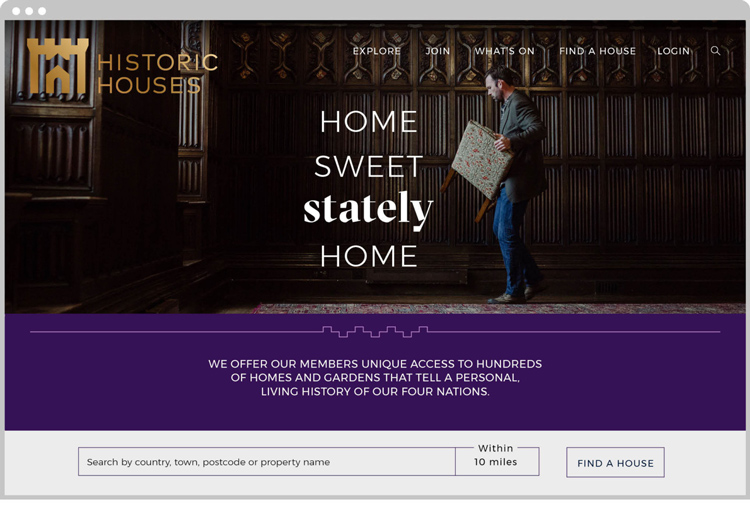 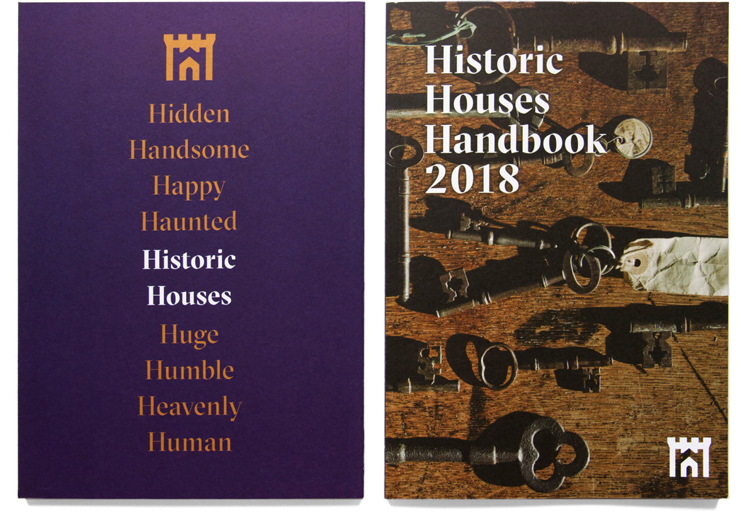 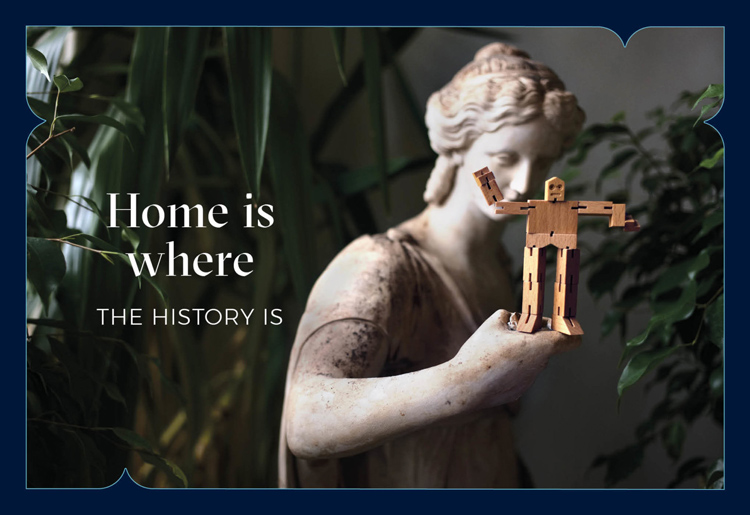 Milton Glaser: “Art and design are not the same thing”