Bristol-based Taxi Studio has redesigned the identity for Scottish whisky Glengoyne, in an attempt to draw out the distillery’s “heritage and personality”.

Glengoyne Distillery was founded in 1833 in Dumgoyne, northern Scotland. It produces single malt whiskey, in a variety of age ranges.

The brand’s motto is “unhurried”, which seeks to showcase the time and care it puts into the manufacturing process. Wills adds that the team wanted to bring this out in the identity.

Another consideration was showcasing the brand’s heritage, as well as the “wit and character” of the people who work at the distillery.

Wills asked of his team: “How can we bring out the story – the history and heritage of the brand – and bring it to the fore?”

Packaging that makes people “slow down” 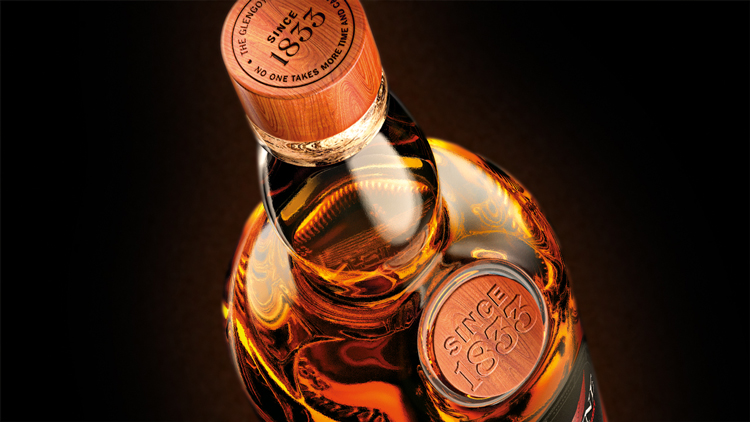 In keeping with the “unhurried” theme, everything on the packaging is about getting people to “slow down”, Wills says.

The primary label has changed from an oval to a circle-shape which is more evocative of a clockface.

Around the edge are details of a clockface, though the clock’s hands are missing. The clock marks are depicted in a shade of black and not immediately obvious which was on purpose, Will says.

The packaging rewards second viewings, according to the designer. There are different labels for each of the whiskeys’ ages, using distinct colour pallettes for example. 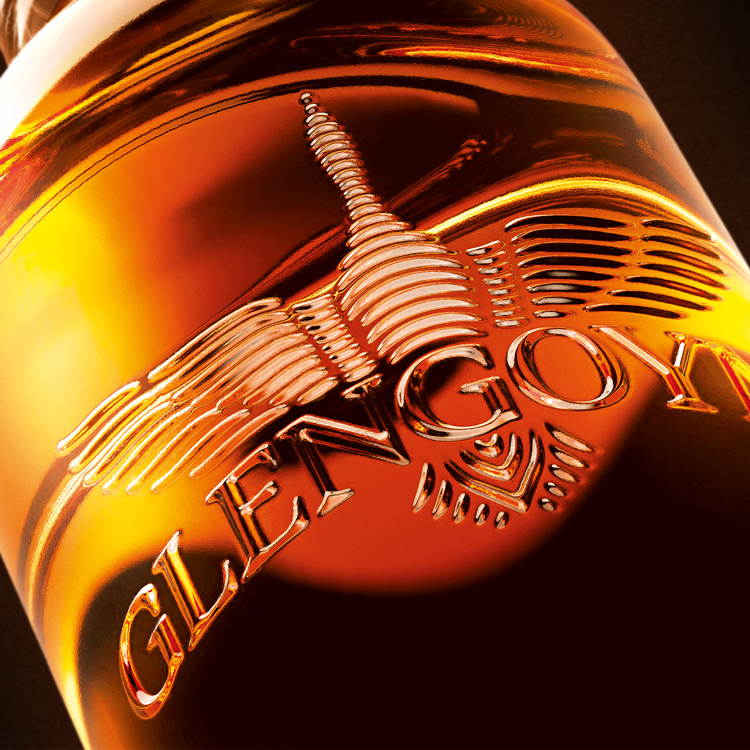 One of the unique elements to the distillery is that there are “geese running around the estate”, Wills says. The animal has become a mascot for the brand, appearing on casks and the distillery’s gates.

The goose symbol that appears on the roundel has been updated. The colour palette has also been inspired by the bird (such as its feathers’ shades) as well as the natural surroundings of the distillery, like a nearby waterfall.

Bringing out the brand’s heritage 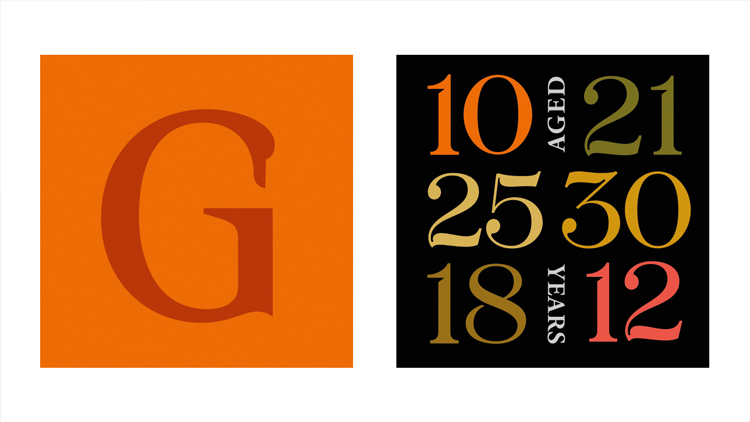 There is also an “evolution” for the marque, which is a capital G. This now has a subtle goose head embedded in it – another way of bringing out the brand’s heritage in the design, Wills adds.

Numbers have been inspired by type at the distillery’s site and these have been expanded to a full set of numbers that can be used on packaging. The studio worked with a typographic illustrator on these assets. 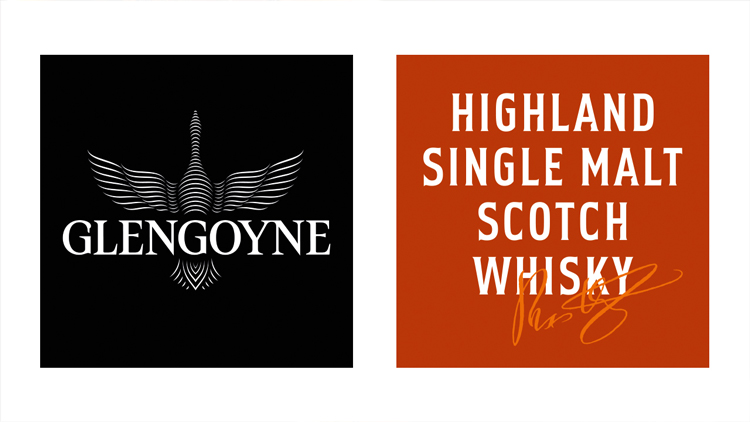 Wills says that there was a big drive from the brand owners to create a more sustainable world for Glengoyne. Taxi Studio has worked with the distillery on the primary and secondary packaging (which includes duty-free sets, for example) to try to reduce its carbon footprint.

The bottles now use recycled glass and magnets have been removed from the boxes. Where there used to be a metal badge attached at the top of the bottle, there is now a sustainable wooden one, Wills adds.