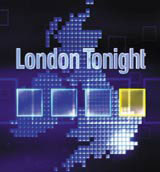 It’s no surprise that a flurry of European TV rebrands have come out of Britain over the past few weeks. British leadership in screen design, coupled with a flair for grasping the strategic nuances of channel branding has seen on-air branding projects completed for ITV News, Norway’s TV2 News, and digital network UKTV, as demand for TV design has swollen with digital disintermediation (channel growth).

Last week saw the unveiling of the UKTV network rebranding. It’s the first work by Dunning Eley Jones, the Lambie-Nairn breakaway formed by ex-creative directors Brian Eley and Marcus Jones, and former marketing director Liz Dunning. UKTV’s new look goes live next month, in an attempt to build a coherent network brand around what has long been seen as a collection of more prominent individual channel brands, such as the History Channel and Gold. It also paves the way for the BBC Worldwide-Flextech joint venture to try to re-engage audiences with what will be nine channels and shorter advertising breaks.

‘Everybody is realising that they can’t just launch new channels,’ says UKTV head of brand development Richard Kingsbury. ‘They are realising that they have to build their networks as strong brands in themselves.’ For Kingsbury the unification of the UKTV channels – each channel will carry a UKTV prefix – will help each to have an influence on the other. ‘We already spend a lot of airtime cross-promoting across the network,’ he adds.

Established specialists such as Lambie-Nairn, traditionally the BBC’s lead consultancy in the field, have played a large part in applying elevated brand thinking to TV projects.

The point is well illustrated with Lambie-Nairn’s re- branding of TV 2 News, (DW 5 February), which began with defining a big idea about how the programming would be perceived, before looking at the screen design and title sequences proper. Beyond this though, the branding was given life through the redesign of studio sets that play on the Scandanavian aesthetic, as well as changes made to the filming of presenters.

Lambie-Nairn chairman Martin Lambie-Nairn says the group spent time with some Norwegian architects at the beginning of the project to get a better feel for Norway’s ‘clean, natural use of materials’.

‘We wanted to make the news programming very poignant,’ he says, ‘so we commissioned music which goes way beyond the typical, rigid news sound. The graphics and titles do this too – we really wanted people to be surprised by it.’

Complexity is an issue with TV branding whether you are dealing with the network level or the programme level. Last week, for example, also saw the relaunch of ITV News’s on-air branding, created by Bruce Dunlop Associates with ITN’s in-house team.

Instead of the hierarchical challenge posed by channel sub brands, the ITV work had to play well across 27 independent ITV regions – and this is the first time they have had a consistent look and feel since the beginning of ITV. The work links the station’s news coverage to the revamped ITV identity that BDA created in 2002.

For this latest project, the two design teams worked alongside each other: BDA was charged with screen graphics, while the ITN team designed real and virtual sets for broadcast.

But it’s not only mainstream expertise that broadcasters are looking for. Olaus Roe, an emerging moving image design studio from Bristol has just rebranded three sports channels for Scandanavian broadcaster Viasat. Continuing digital expansion means this is a sector to keep an eye on.

KesselsKramer to create series of books