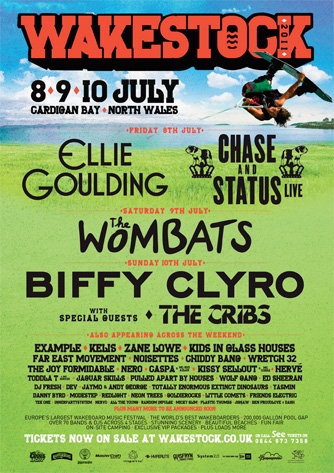 In response to last week’s Voxpop question (DW 5 May), once again summer is nearly upon us and for most people it’s a time for cleaning the barbecue, tending to the flower beds and checking that the suntan lotion from five years ago is still useable.

However, there is a strong and ever-growing number of people who see this as a time to wash out their tents of beer spills and curious odours and invest in some new wellies. By this I am, of course, referring to festival-goers: people who will happily go without a shower and slum it for a weekend, all in the quest for great music.

When it comes to festivals there is no book of practice or instruction manual to tell you how to deal with some bloke at five am joining you in your tent with a blow-up sheep and Pot Noodle. Festivals are something you either love or hate. And I love them.

A festival that I have religiously attended for the past five years is Wakestock in North Wales. Admittedly, it might sound cooler without North Wales at the end, but I promise you, Wakestock is the best festival I have been to.

The line-ups have previously included Dizzee Rascal, The Streets, The Zutons, Calvin Harris, Moby, Groove Armada and Mark Ronson. Granted, they are not boasting such acts as Guns ’n’ Roses and the likes, but they do always deliver outstanding new acts and current and contemporary artists.

Since my first visit the acts have been increasing in size and popularity and, given another five years, Wakestock will be alongside some of the biggest festivals in Europe. This year promises to be bigger and better, with fantastic acts such as Biffy Clyro, Example, Chase and Status, and Zane Lowe.

As well as the music, Wakestock offers great entertainment throughout the weekend in the form of wakeboarding. There’s no better cure for a hangover than lying on the beach in your board shorts or bikini and watching some truly amazing stunts.

The festival is held just outside Abersoch, an idyllic, small Welsh village that once a year is thrown into complete chaos with an impulse of activity and life. With great beaches, bars and restaurants, it’s a fine place to recharge.

Considering all that Wakestock has to offer,it’s an experience not to be missed.