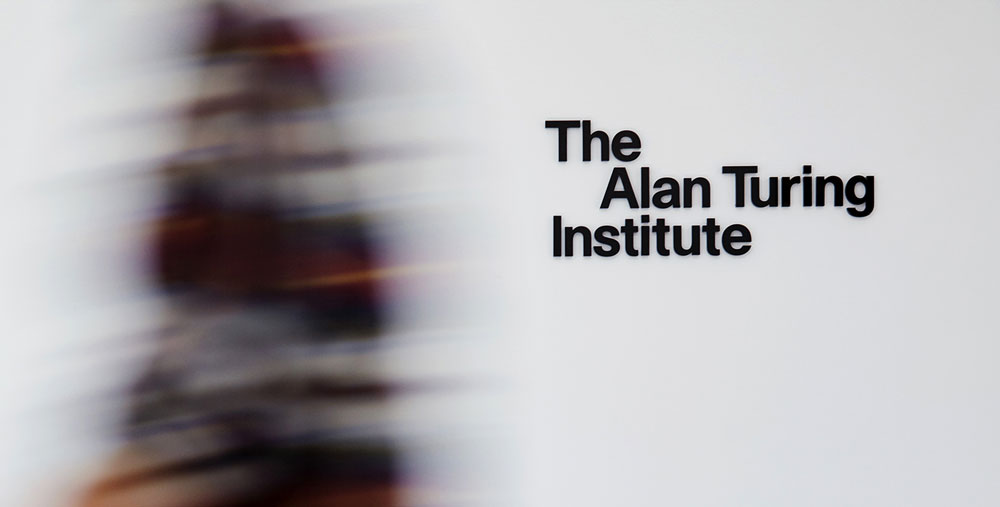 Red&White has created the branding for The Alan Turing Institute, which aims to remove the masculine connotations of data science and make it more accessible.

The Alan Turing Institute was set up in October last year, as a research organisation for mathematics and data science, named in honour of the World War Two codebreaker and computer scientist.

The branding is made up of the institute’s name in sans-serif Haas Unica typeface, spread over three lines and unaligned. This is paired with various shapes of different colours, using a palette of 13 shades ranging from navy blue to pink.

Haas Unica was chosen as it combines aspects of different typefaces such as Univers, Akzidenz and Helvetica, says Nima Falatoori, design director at Red&White.

“The reasoning for the typeface is down to the institute itself,” he says. “It’s about different sciences coming together in one place.”

A “straightforward, left-aligned” logo was abandoned for an unaligned one to capture the “pioneering, eccentric” nature of the institution, Faltoori adds.

“Alan Turing is a significant figurehead, so we physically moved his name forward to represent the idea of being forward-thinking,” he says. “Making it a bit off-centre represents the way he challenged things around him and looked at things in different ways.” 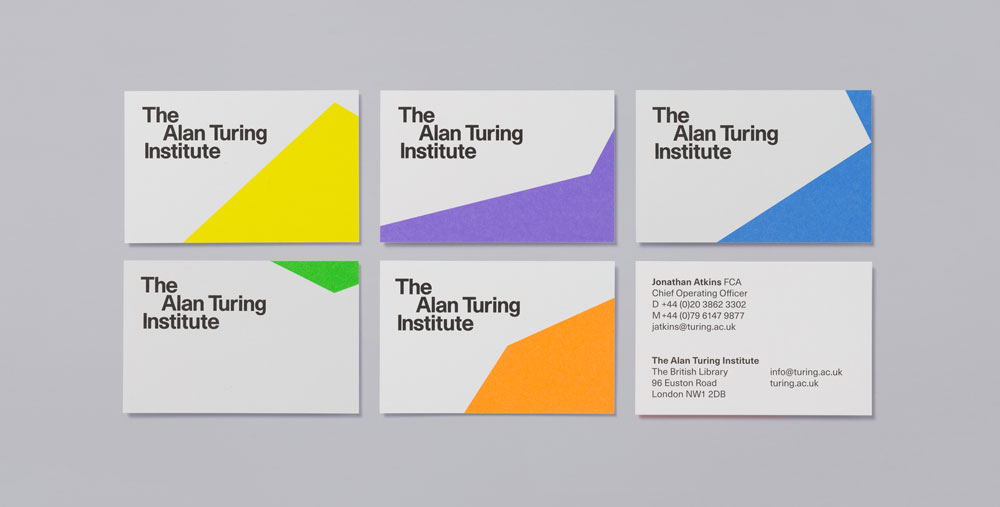 The colourful shapes used were created based on the Fibonacci sequence – a mathematical theory which is used to explain the shape and arrangement of natural objects such as sunflowers or pine cones.

The theory suggests a sequence of numbers, based on adding up the last two in a list to create the next, for example: 1,2,3,5,8. This is then used to create a structure or arrangement.

Red&White turned these numbers into coordinates on a grid to create different shapes based on these points.

The consultancy also created a layering effect, which aimed to represent the idea of “peeling back” the first layer of branding to reveal the organisation’s research, and aimed to create a contrast between black and white “sombre gravitas” and brighter colours signalling a “maverick” attitude, says Falatoori. 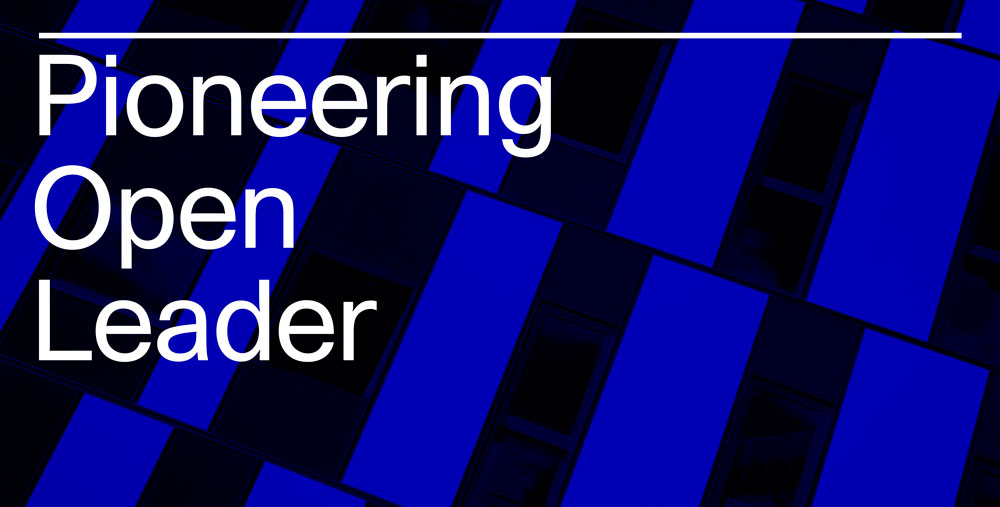 “It couldn’t look too extravagant or over-the-top, as it would have belittled the institution when it needs to talk to government officials from different countries, for example,” he says.

Red&White also aimed to avoid the “typical, masculine imagery” associated with data science, such as an all-caps logotype, a colour palette of blue and black, shapes such as lines and circles, and photos of “scientists looking at screens”.

“Data science can be quite male-dominated, but there are also a lot of women working in that field,” he says. “Their voices get drowned out. The Institute didn’t want that to happen. It wants to attract more women, communicate to the general public and be all-encompassing.”

The new branding will be rolling out across online platforms, marketing materials, and across signage and interior design at its headquarters in the British Library. 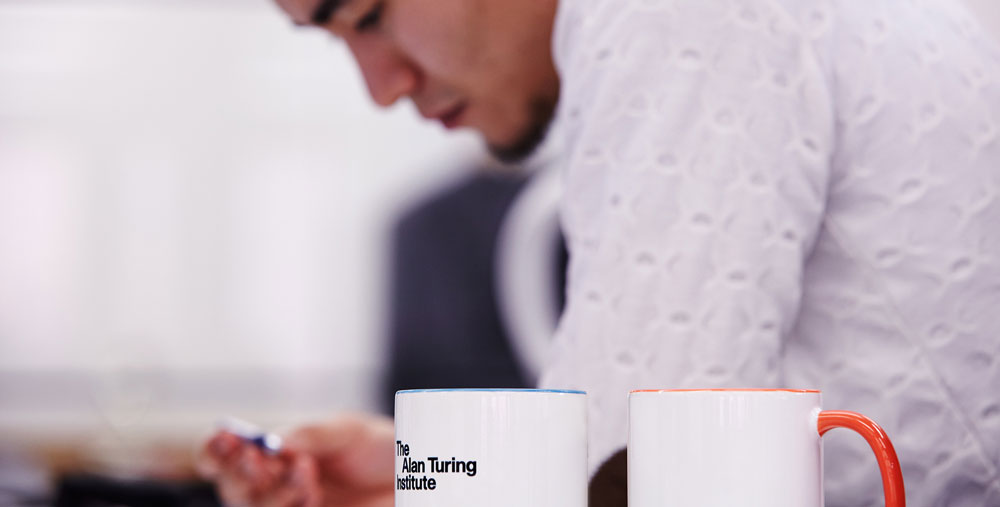 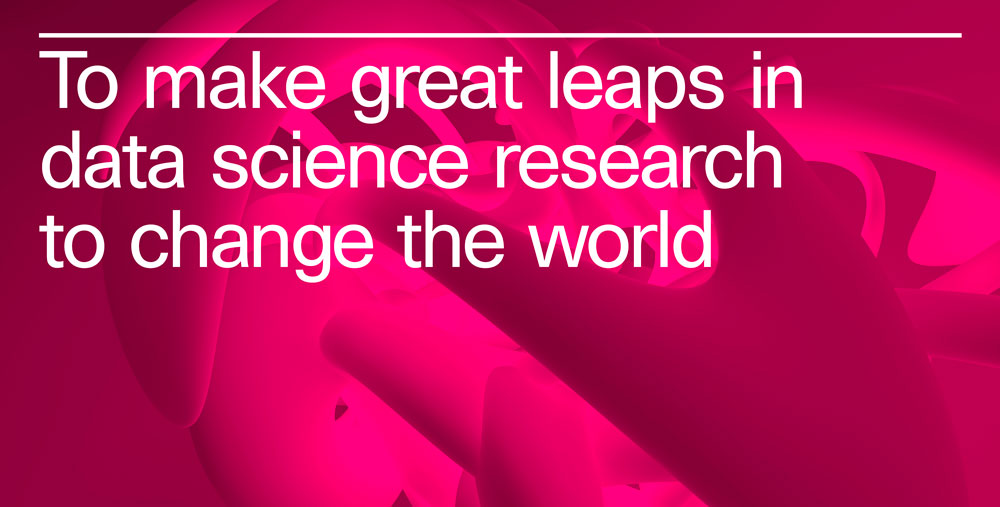 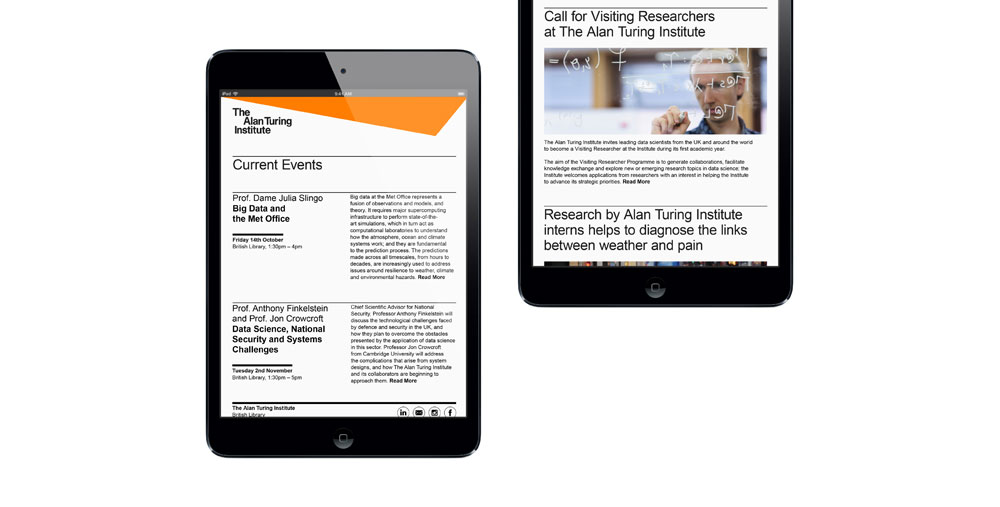 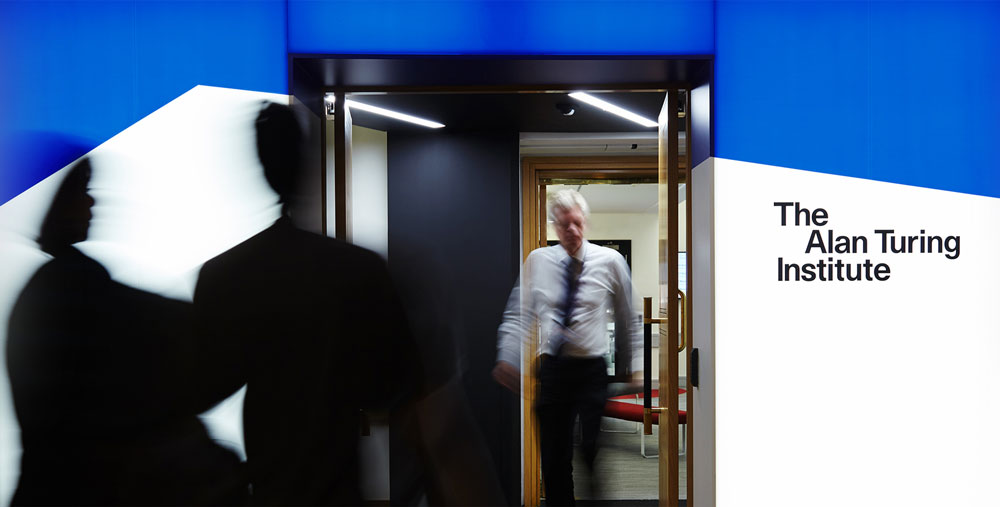 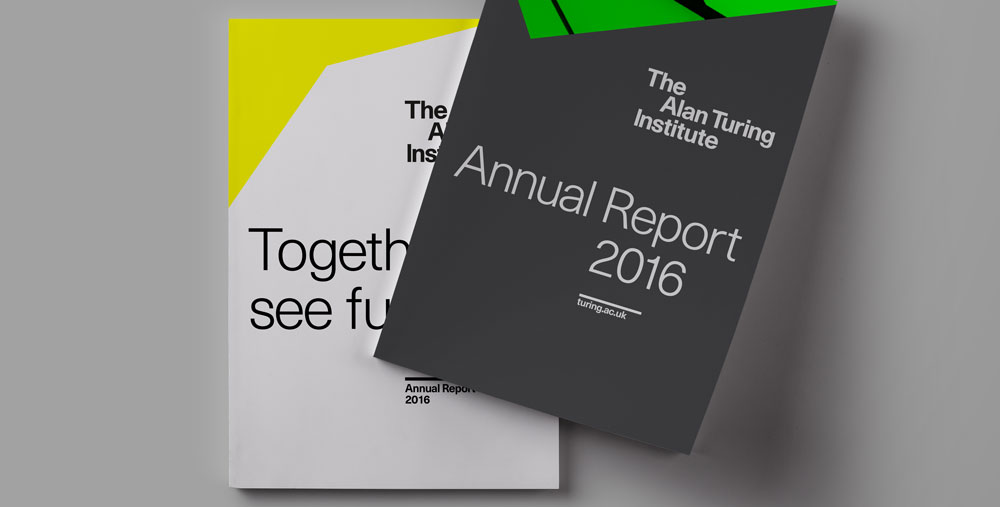