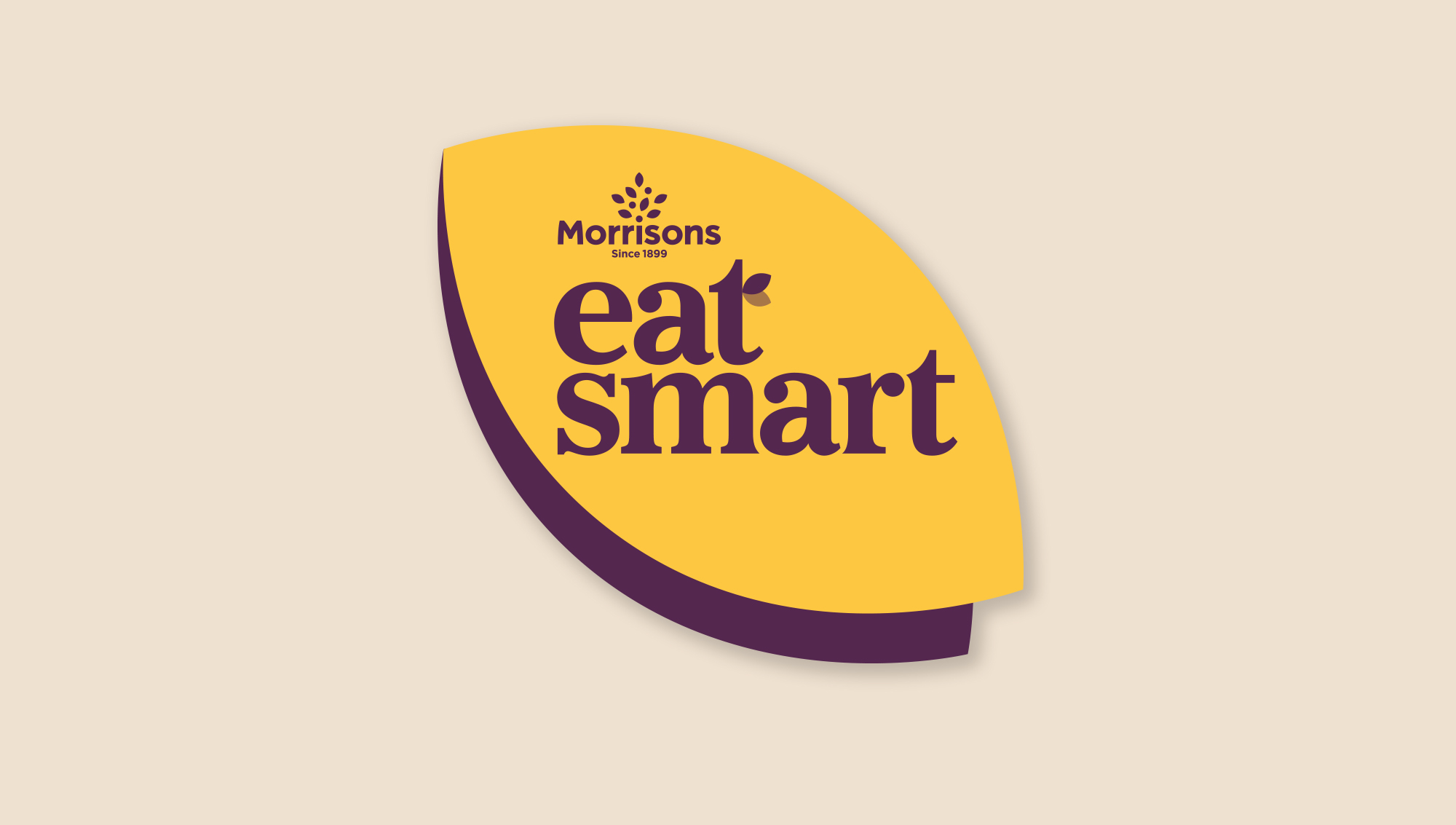 Morrisons has renamed its healthy eating range NuMe as Eat Smart, with the aim of making it clearer for consumers to understand.

The new branding has been completed by R Design. The new logo is contained within a leaf shape, drawing on Morrisons’ new branding, which rolled out last year. The logo includes a tree and leaf icon, made out of the “i” in Morrisons.

A redrawn version of Baskerville has been used for the logotype with the aim of being “friendlier” than the previous typeface, says R Design founder Dave Richmond. Additional leaf shapes were designed out of the negative space in the letter “a”, and used as the cross on the letter “t”.

As well as pointing to Morrisons’ main logo, the leaf shape was also used to emphasise healthiness and naturalness, adds Richmond. 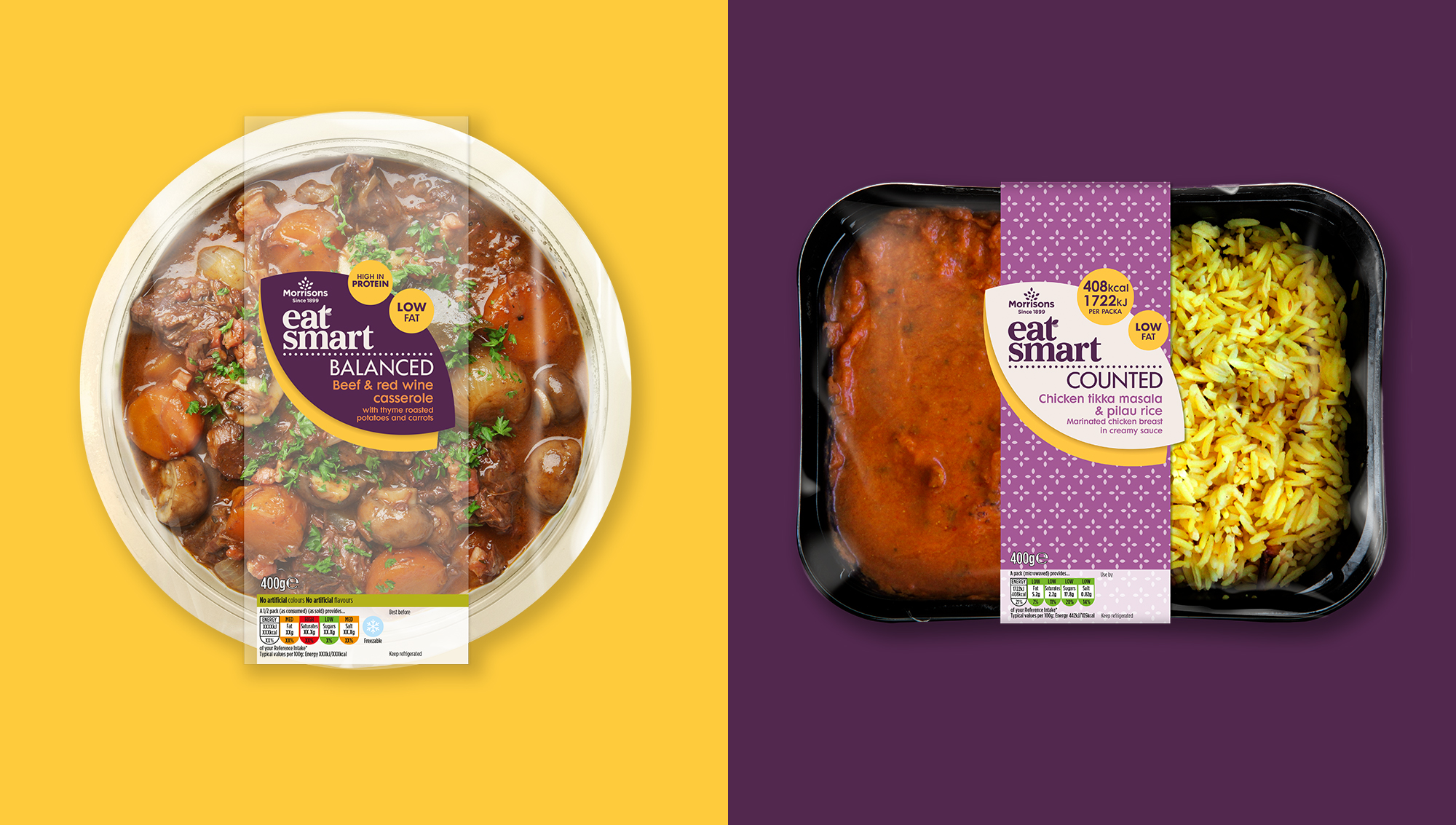 A colour palette of yellow, white and an “aubergine” purple was used, to convey both “brightness” and “an earthy tone”, he says. There are two main sub-ranges, Balanced and Counted, which have been differentiated between through colour, using purple and yellow for Balanced and yellow and white for Counted.

A series of roundels have also been incorporated onto packaging, which aims to make information about products clearer, such as its calorie content, and its benefits such as whether it is low in fat.

The name change from NuMe to Eat Smart aims to clear up confusion about the kind of products included in the brand, Richmond says.

“There was confusion around whether it was specifically a diet range, or a healthy-eating range,” he says. “People also read it as one word – ‘Nume’.”

The new Eat Smart branding and packaging is currently rolling out online and on in-store products. The NuMe branding is gradually being phased out.