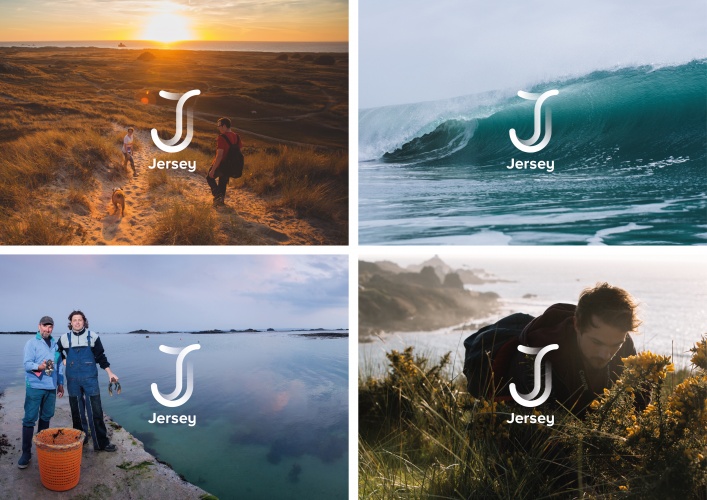 FutureBrand has redesigned the place branding for Visit Jersey with the aim of making it more “relevant” for holiday-goers.

While overall travel from the UK has doubled since 1990, Jersey’s visitor numbers have halved during the same period, according to Adam Savage, design director at FutureBrand.

Working collaboratively with local consultancies The Observatory and Offshore International on content and marketing, FutureBrand’s brief was to reposition the island as a vibrant tourist destination.

“The previous identity was over 10 years old, and had clearly aged,” says Savage. “The new identity looked to focus not on what you can do in Jersey, but on how you will feel when you’re there.”

Visit Jersey’s new visual identity took FutureBrand six months to complete from brief to launch. It uses the Jersey tides as its inspiration, featuring a modern, clean typeface and hero photography. In comparison, the previous logo used a narrower serif font instead of a sans serif, and also had a golden bird icon.

“The fluidity and motion of the tides gave us our creative springboard,” says Savage. “We fell in love with the flowing curves of the hero mark, as well as its ability to really live in its environment, courtesy of the transparent gradient.”

FutureBrand’s design has been used for all of Visit Jersey’s content and digital applications, including the new website which has relaunched as jersey.com.

The new place branding was recently launched in Jersey itself, and is being rolled out across all physical and digital touchpoints over the coming weeks. 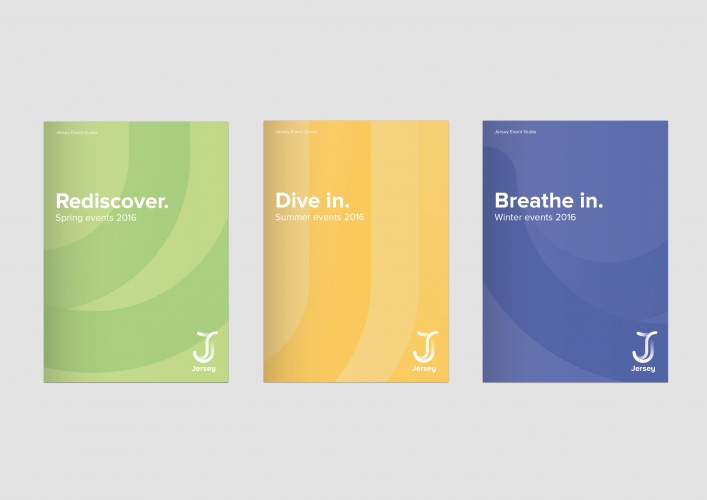 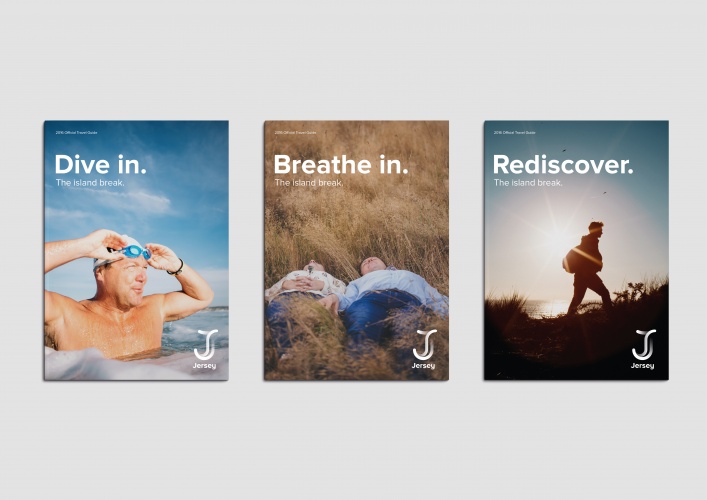 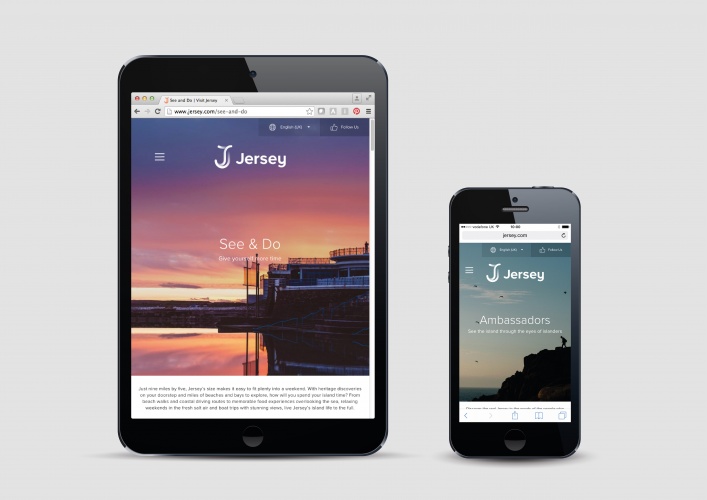 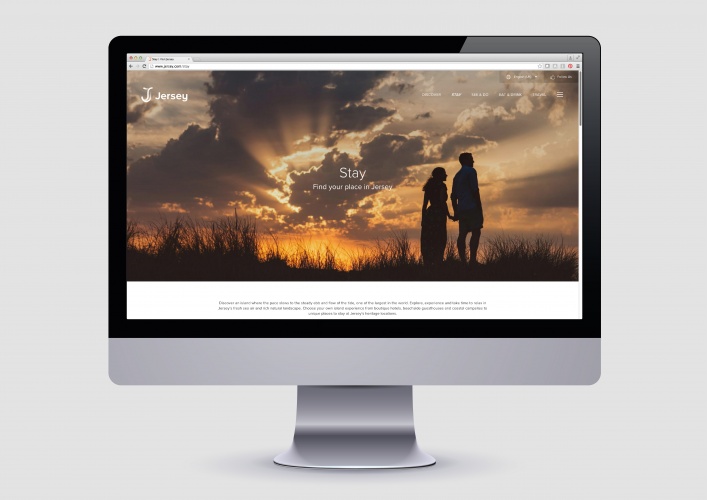 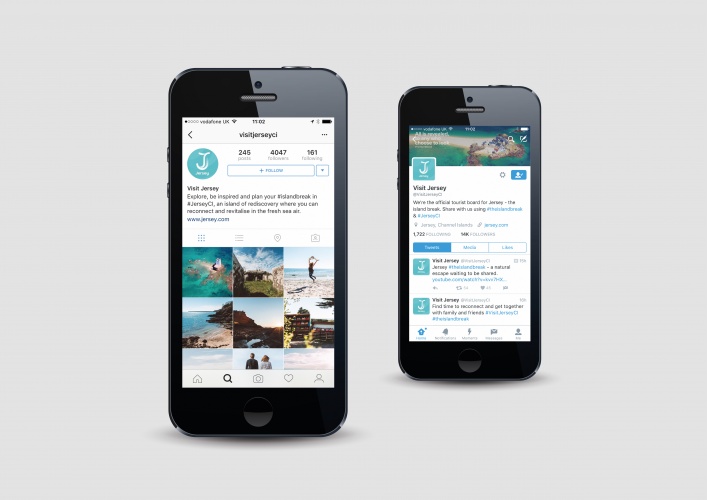