After launching a public competition to find their new logo, the organisers of the Tokyo 2020 Olympics are currently sifting through 15,000 submissions.

As a comment on the open competition process, US designer Michael Raisch asked a class of three-year-olds to create their own submission for the competition (although as non-Japanese citizens they are not allowed to formally enter the results).

Raisch said he wanted to both comment on the crowdsourcing route that the Tokyo organisers are taking to find their new logo, and showcase the creativity of young children. We talk to him about the project and showcase the resulting identity.

Design Week: Can you tell us a bit more about why you did this project – Was there a particular point about the Tokyo Olympics competition that you were commenting on?

Michael Raisch: I find the progressive design and vision of the Olympic marks really interesting at unveiling as they symbolise graphic trends 5 to 8 years ahead for their time, for example with London 2012. I thought the original Tokyo mark [which was designed by Kenjiro Sano before being scrapped following plagiarism claims] was very innovative, simple and presented a view of the future. I even remember back in 2010 Tokyo unveiled the candidate logo with a World Order video and their signature dance moves.

I have over a decade’s experience in sports branding, I felt very strongly about the public perception of “design contests” or “design crowdsourcing”. These contests devalue and make a gimmick out of creative professional careers and our contributions to the world. It’s a scary message to send to the world is that anyone can create an identity if they have access to design programs – imagine if the pilot of your next commercial flight “won” the position by entering a contest.

My response to the contest was two-fold. The first was: “Hey, while we’re at it, Let’s have a three-year-old do it, because why not at this point?” Meaning, open a contest and that’s exactly what you’ll get… amateur work.

The other part was a creative experiment. I had a feeling that out of the class of 11 kids, one of them would do something interesting. Then, from my sports event branding work, I would complete the logo into a full graphic package.

DW: Can you tell us a bit more about the process – how you “briefed” the children?

MR: Having a three-year-old daughter improves your storytelling skills. My design experience has been centred in sports branding and over the years I’ve had experience designing Major League Baseball franchise identities and uniforms. For this project I took the raw graphic elements of one of my designs and explained to the kids that logos are made of letters, colours and shapes.

Once I covered sports branding, I explained to the children that Tokyo needed their help creating a logo for the Olympic Games in 2020. I designed a three-year-old-friendly template allowing the children to pick foam cut shapes on an adhesive backing. I also made sure the template fitted within the guidelines of the real contest, with clear shape for the Olympic rings.

DW: How did the children find the project? What sort of things were they talking about as they were designing?

MR: The children were very excited to jump in on the task at hand. Fortunately for me, my wife is an art teacher and she was instrumental in assisting with the project. She had prepared the kids’ tables with shapes and templates, allowing the children to start immediately after the logo story.

Their design work was over in five minutes. I can’t recall talking; it was more about high engagement. I was shuffling lenses on my cameras to document their creations and was likely distracted filming. Two girls – Clara and Hayley – spent twice the time arranging and rearranging the shapes, like actually making design choices. Their designs ended being the selected logos.

DW: How did you choose the winner and what do you think of it?

MR: As I mentioned, Clara and Hayley made various changes and colour changes to their logos. I zeroed on their cleaner marks.

Hayley’s mark had a number of interesting shape arrangements. She picked from fewer shapes and really made something that looked abstract and the almost celebratory.

Her design really grew on me as I completed the full event identity. I wanted to select a font that was unique enough but let her shapes come forward the most. Not just logos, but a full graphic treatments are key in branded sports events. I complemented her work using a kid’s watercolor paint set and roughly repainted the color sequencing of her mark. I was quite pleased with that dry brush look. This was the part where I was being serious – I wanted to execute the logo program in the most serious and professional way.

That’s where the airliner, signage and poster mapping comes into play. I then really had fun cropping the abstract shapes in the logo. The look and feel really came together. I should probably mention here that I listened to a lot of World Order to get into the creative space. 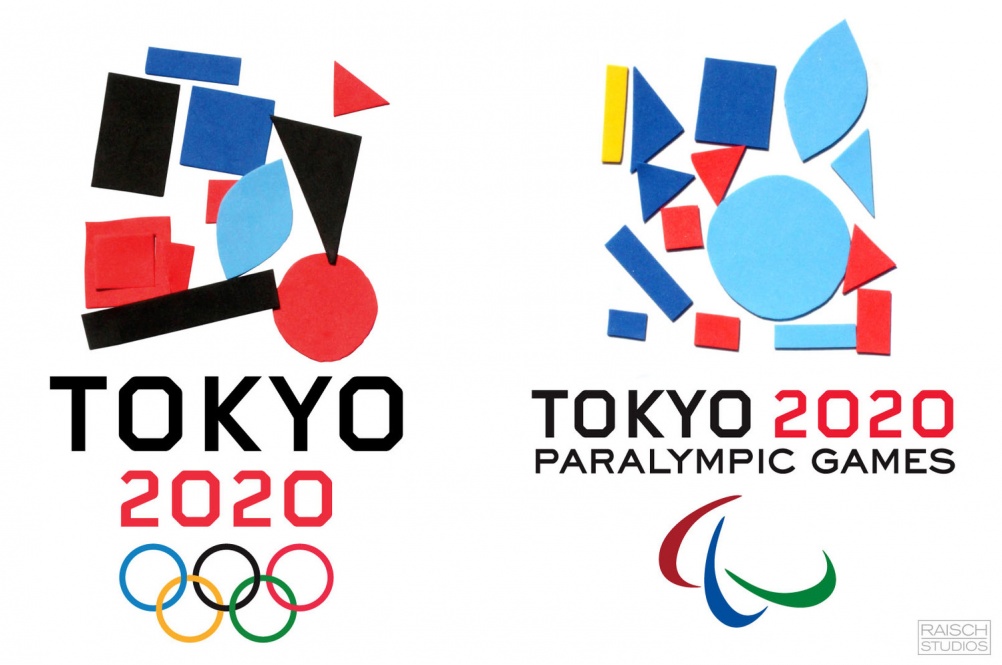 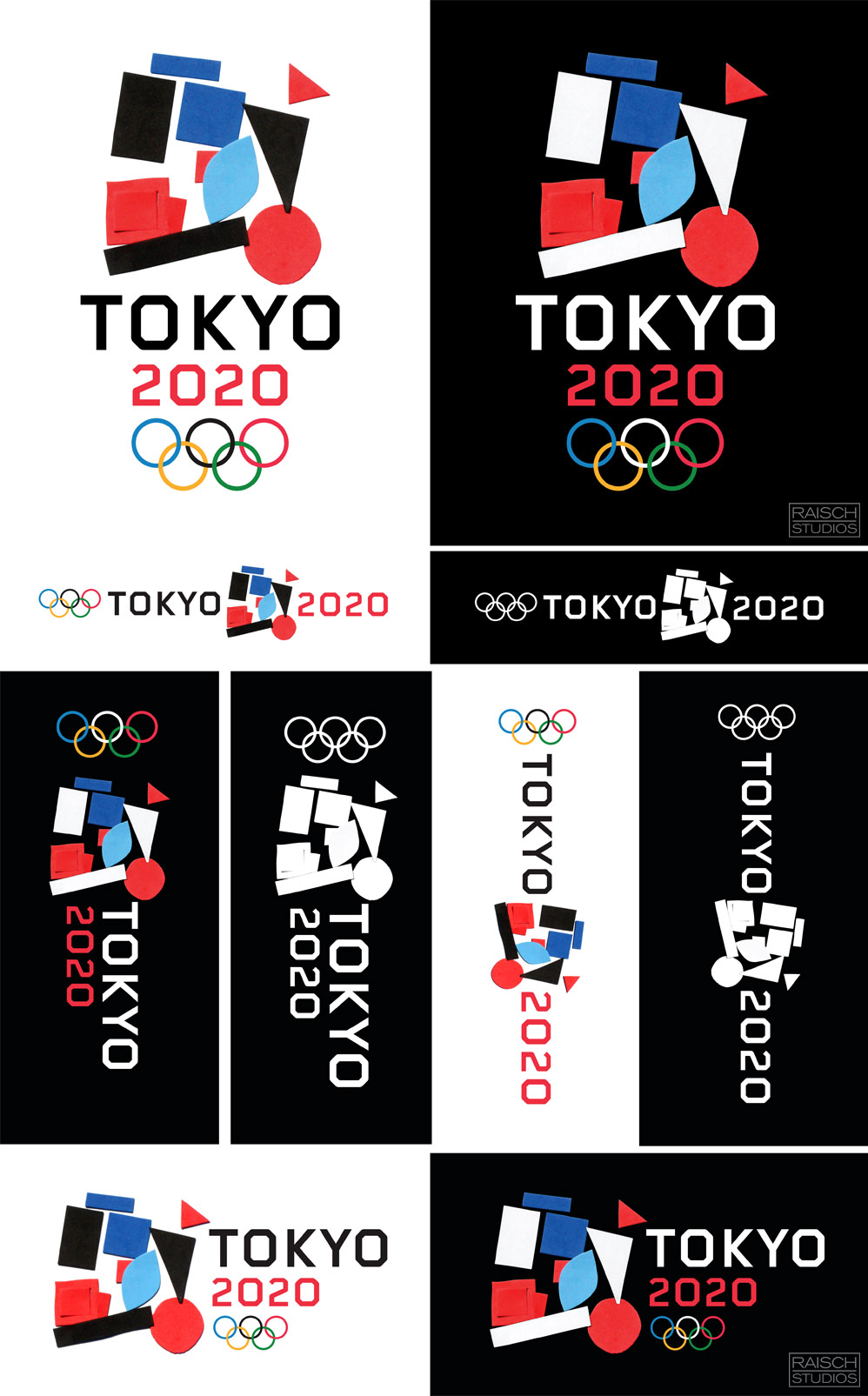 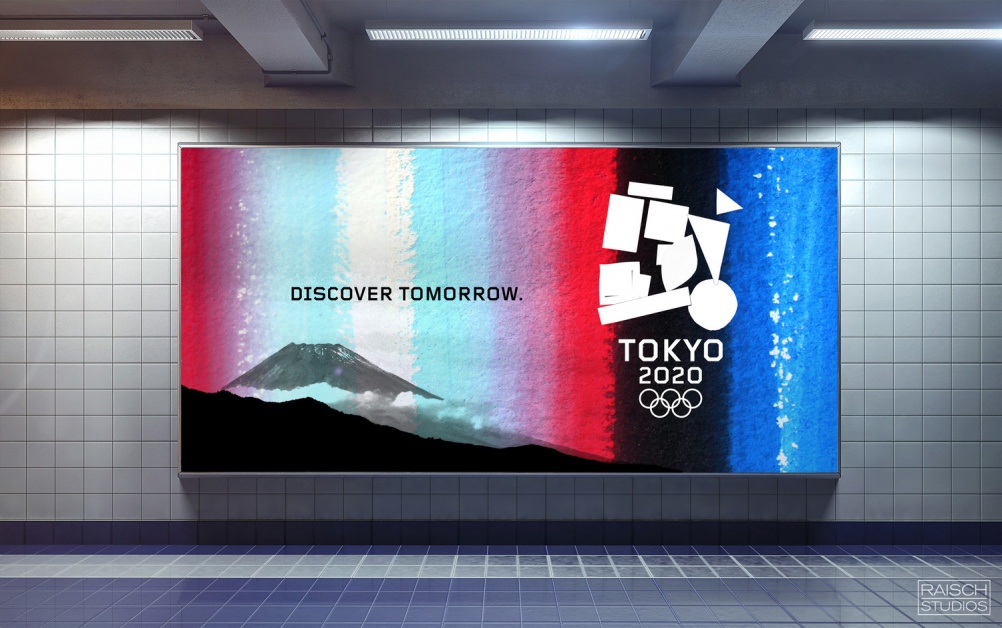 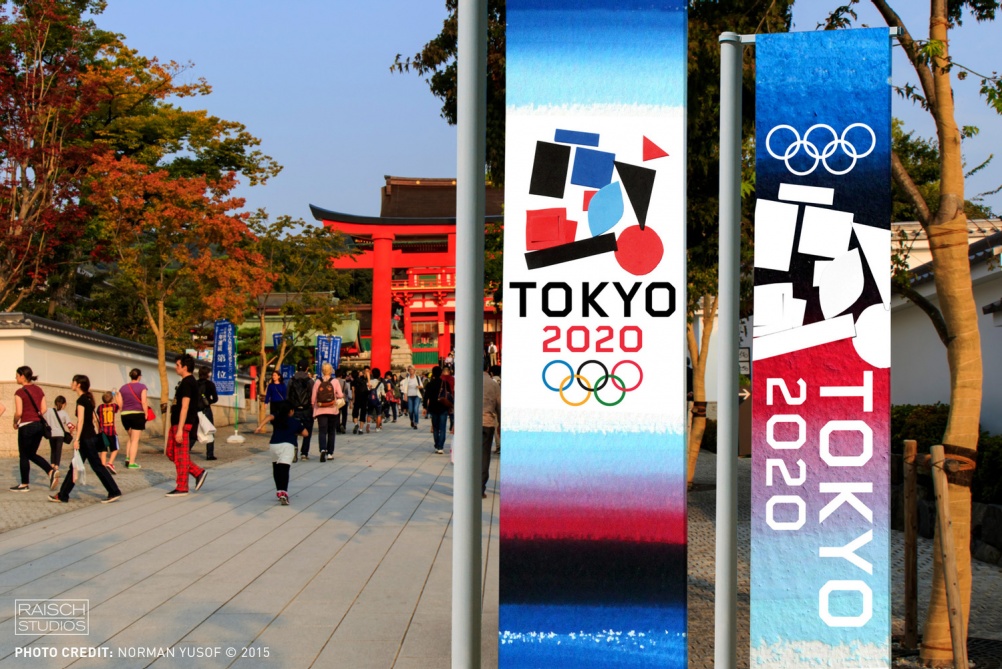 DW: Your daughter features in some of your other works – critiquing Olympic logos. What do you think is the most insightful thing she has said about a logo design?

MR: Yes, Eva has starred in a number of my creations. A joy of fatherhood is seeing things through your kid’s experiences and eyes. Eva sees the world in a lovely way and it’s easy to pick up on that. She’s always drawing little scribbles and telling us it’s a mountain and a path.

Her valuable insights show the sheer honestly a kid would provide. She very much inspired the project in the first place.