Established in 2001, the URC (formerly PRO14) is an annual rugby union league, comprising teams from Ireland, Scotland, Italy and Wales. It now includes teams from South Africa, bringing the total number to 16 teams. 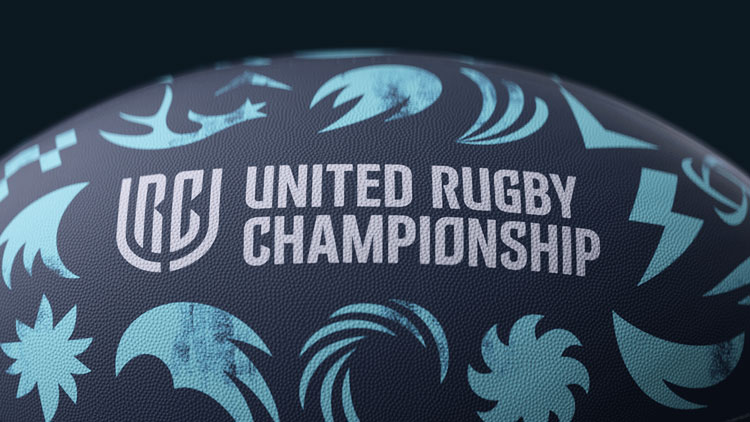 Thisaway founder Graeme Cook explains that the new naming – created in collaboration with stakeholders and URC representatives – hopes to evoke a sense of unity. “The idea is that the league will bring so many teams and cultures and fans together in one place for the first time,” he says.

Moving away from a number-based name also allows flexibility for the future if other teams join, according to Cook, as the South African teams have done this year. It is also easy to abbreviate and recognisable, according to the design team’s conversations with broadcasters. 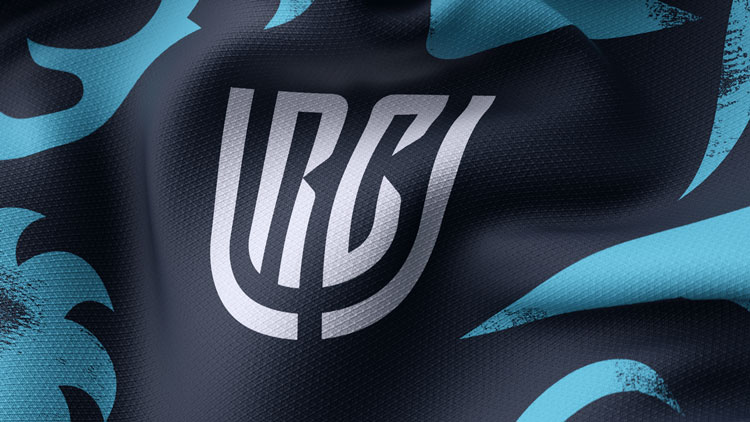 The brand’s new positioning is inspired by the concept of ‘A Different League’. “The idea behind that is to show a more challenger mindset that is different to other rugby competitions,” Cook says.

This is reflected in the logo, which eschews many rugby branding tropes of including a ball or H-shaped rugby posts. “We wanted to create a mark that stood on its own and didn’t have an immediate reference to rugby,” the designer adds. 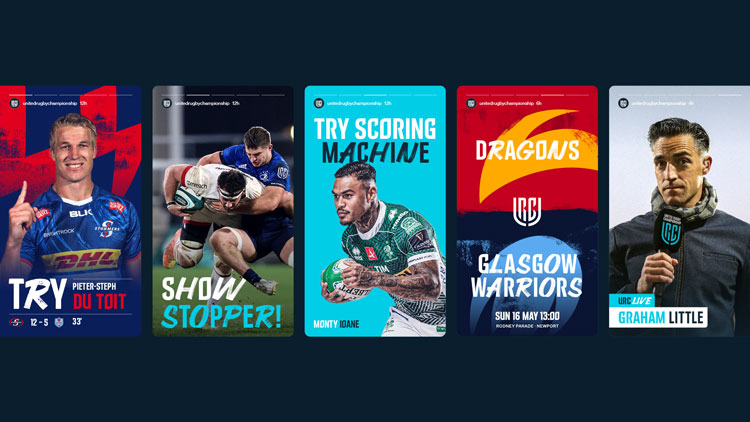 This was part of the drive to appeal to a wider audience and attract new fans to the league, Cook explains. Taking inspiration from lifestyle brands, the studio sought to create a logo that could appear on clothing, as sports brands like the New York Yankees have done.

The emblem brings together the initials of the league, with the ‘U’ forming a shield shape around the ‘R’ and ‘C’. It has a “stylish and modern” look, Cook says, while adding that it had to be simple enough to sit alongside a wide range of team crests.

It also links into the idea of unity, according to the designer. When animated, the ‘U’ can open and close to reveal team and country names, for example. While this was not a guiding principle, Cook points out that it’s made up on five solid parts, one for each nation involved. 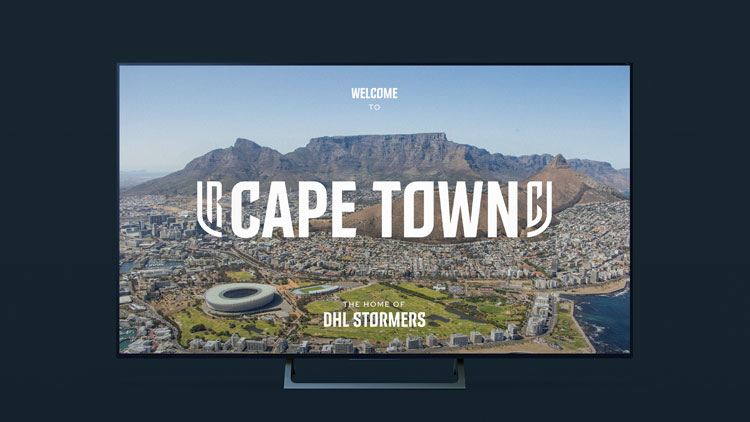 The bespoke type work – designed in collaboration with Colophon foundry – had to complement the logo. This includes a sans serif typeface which plays off details of the URC logo, such as the diagonally cut terminal ends of the ‘c’. Other letters, like the ‘o’, have details that fit into this aesthetic.

The numbers were also a focus because they would be appearing often in application, for example on the score reports. 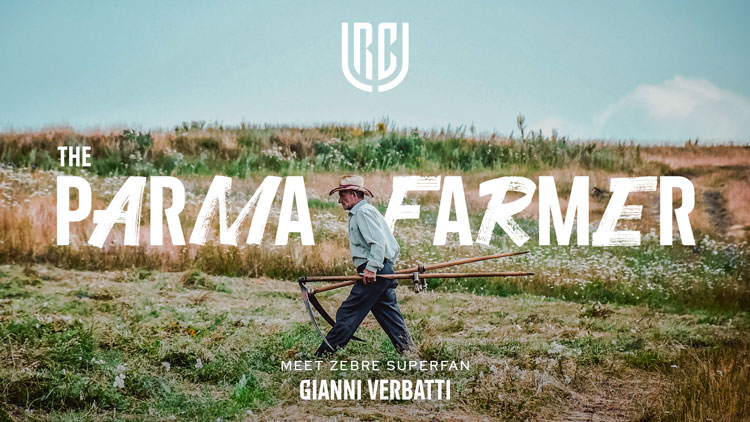 Cook explains that the URC’s social media focus meant that the type work had to contain flexibility. A handwritten-style typeface (URC Hand) was introduced to “add some energy and dynamism into communications”, he says.

In an attempt to avoid an overly uniform look, the studio combined the handwritten typeface with the sans serif in a weight which alternates between the two styles. Different characters are also available for the handwritten style so that identical letterforms do not appear next to each other.

A “playful” look for rugby 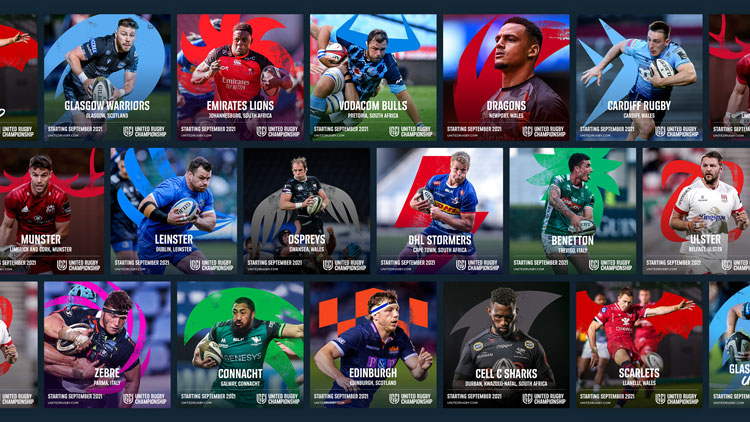 A series of graphic icons has also been created, inspired by the crest of each team. “Out of a league of 16 super brands, we wanted to acknowledge each team as part of the wider URC brand,” Cook says.

The patterns take details from each team, such as bird wings from Swansea’s Ospreys. Others include bull horns for the Vodacom Bulls or antlers for Munster’s deer crest. They can be used as a full pattern or as illustrative elements during promotional cycles or on game day, according to the designer. 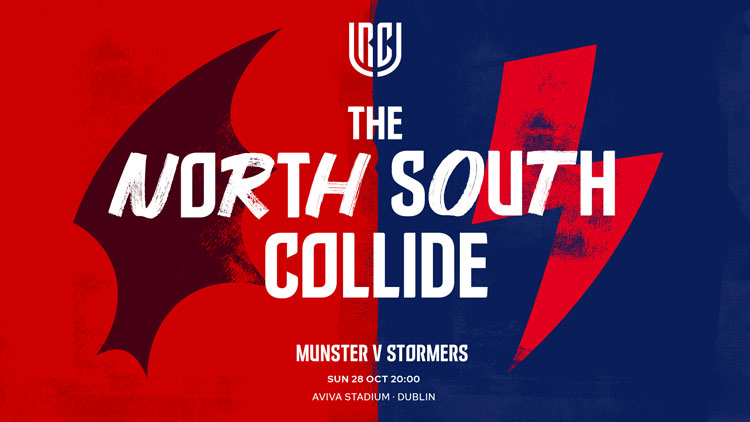 These can also be combined with player photography to create a “playful” look, Cook says. In some mock-ups, the patterns make it look like players have horns or wings themselves, for instance. He adds: “We didn’t want it to feel too moody and aggressive which I think is a trap a lot of rugby brands fall into.”

The championship launches in September, which will be accompanied by further brand roll-out, explains Cook. The studio is currently looking at broadcasting graphics.

What do you think of the URC rebrand? Let us know in the comments below.