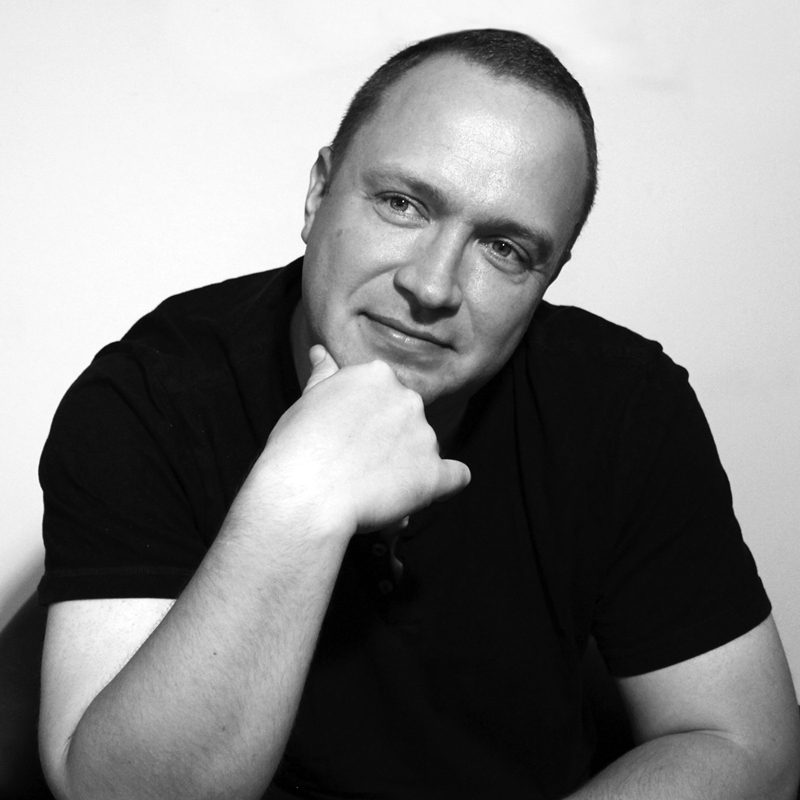 Injecting life, colour and humour into an ancient art form is no easy task – but type designer Seb Lester devotes his time doing just this, bringing hand-drawn calligraphy into the 21st century.

Lester studied graphic design at Central Saint Martins in the 1990s, before the use of computers to create was widespread. “All of the free time I had, I was either on my BMX bike or painting and drawing,” he says, speaking at Promax BDA conference in Barcelona this week.

It wasn’t long before hand-drawn type started to etch its way into his paintings, as Lester was “struck by the graphic power” of Neville Brody’s work, and visual ambigrams, which play with meaning and interpretation through type.

“At university, I was really interested in the illustrative potential of letterforms,” Lester says. “I had a playful attitude towards typography.”

While he continued to pursue other creative forms such as illustration and painting, Lester gravitated more and more towards typography.

“It was something I instantly had a connection with – it almost picked me,” he says, when we caught up with him after his talk. “I liked photography and painting, but I had an emotional, visceral response to type design.”

He landed his first job as a custom type designer at Monotype in 2001, and his career was propelled after he went on to create Neo Sans Intel – a new typeface for Intel computers. What followed was a string of projects for brands such as H&M, Vancouver Winter Olympics, GQ magazine – and as his types became commercial, they were also used when he was completely unaware of it.

“That’s the thing about typeface – you never have to go looking for it,” he says. “My types have ended up on the back of buses, washing powder packets and on orange juice bottles when I’ve walked into cafés.”

After a stint venturing into 3D animation (“Almost nobody liked my 3D illustration work – I was heartbroken. But failure is the key to success,” says Lester), the designer decided to go “back to basics” and developed his first calligraphic print in 2008.

“Practising calligraphy has made me a much better artist and designer,” he says. “It’s really enjoying a renaissance at the moment. I’m keen to keep it relevant moving into the 21st century.”

“I like playing with meaning and juxtaposing something beautiful with something obscene,” Lester says. “There’s a cheeky, whimsical side to my calligraphy but it’s underpinned by a serious side. People still appreciate handwriting – it’s about harmony, symmetry and proportion.”

While Lester looks to calligraphers such as John Stevens and history for his inspiration – harking all the way back to serif letterforms used in Latin script by the Romans 2,000 years ago – he also embraces the power of digital tools such as vectors to finesse his work.

“When you combine the two, that’s when you get the best results,” he says. “Digital tools are very good for forensic control, while calligraphic tools capture the essence of movement, vitality and energy.”

He adds that he still likes to retain the imperfections created as a result of drawing by hand. 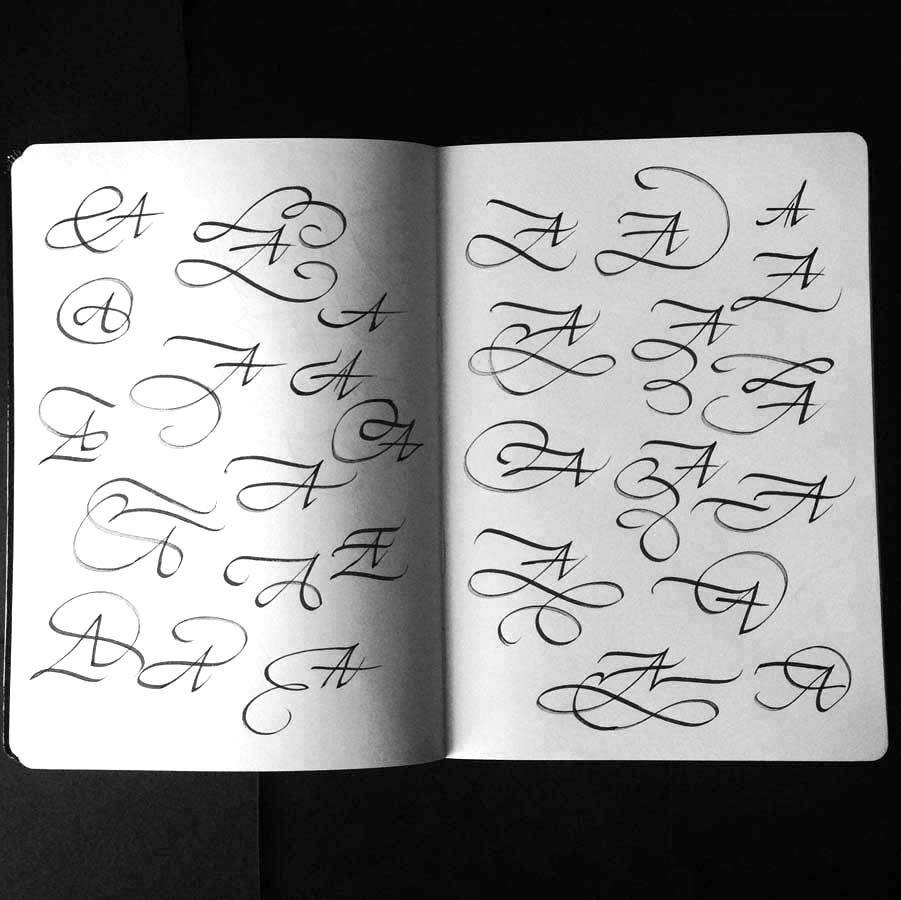 “Consistency just comes with practice, really,” Lester says. “But the nice thing about calligraphy is the humanity in it – it’s not all perfect, it’s soulful. That’s part of its appeal. You get happy accidents, and it’s a natural way to develop lots of different letterforms.”

And in his latest drive to get the best of both worlds, Lester has transferred his skills to the screen by using social media in order to drive away elitist associations pinned to calligraphy and make it more widely accessible. Now with 1.6 million followers across his Twitter, Instagram, Pinterest and YouTube accounts, he has attracted widespread attention with his witty prints and viral videos that depict his hands drawing famous logos.

“There’s a real appetite for calligraphy at the moment,” Lester says. “ Five years ago, it was only those who worked in or studied design or visual arts who liked my work – now, it’s anyone from bus drivers to teachers. Social media has facilitated that, and it’s wonderful.”

Lester’s internet success even comes as a surprise to himself, as well as to the world of calligraphy.

“It’s all a bit bewildering, still,” he says. “I don’t fully understand why people are interested, but they are. Watching someone draw out type – I think it has a relaxing effect, people find it quite satisfying and mesmerising.”

The science behind it lies in a sensation called ASMR (autonomous sensory meridian response), he claims, a feeling of euphoria people get which is triggered by watching and listening to somebody perform repetitive actions – such as Lester’s YouTube logo reproductions. “It’s weird to think that people are getting a buzz from my scratchy pen,” he says.

Having conquered social media and brought calligraphy to the digital stage, it’s difficult to know where the type designer will go from here – he coyly doesn’t give us a specific idea on ambitious project plans (“I’d sound absolutely bonkers if I told you”) but does reveal that he wants to focus more on “being an artist”, and is due to create a wall mural in Walthamstow, London this year.

“I want to take what I do and put it in a gallery context,” he says. “I still do client work, but I’m currently in the fortunate position that I can be quite selective so I’m just choosing a few jobs a year. I’d like to focus on personal work, and can see myself doing more large-scale, mural pieces.”

And having achieved his life-long ambition of creating a logo for a NASA mission in 2014 – “I’m basically a nerd with a load of pens, so working with NASA scientists seemed very intimidating,” he says – Lester is in a good position to offer advice to budding typographers.

“There aren’t any shortcuts – it really is about giving it 100%,” he says. “Look very closely, not just at your contemporaries, but at the history. We have this wonderful legacy spanning 2,000 years of letterforms that designers can be inspired by. Old type specimens, old hot metal and calligraphy are great sources of inspiration.”

Adding that young designers should always “believe in themselves”, doing just this has encouraged others to believe in Lester’s work too, judging by his unprecedented popularity online.

“The idea of calligraphy as entertainment for a mass audience – it’s unchartered territory,” he says. “If you love something, you want to share that and want to tell people about it – it’s been really wonderful to be able to do that.”

Seb Lester spoke at Promax BDA, an annual conference focused on broadcast marketing and branding design, on 15 March. It is one of 11 Promax conferences that take place worldwide. 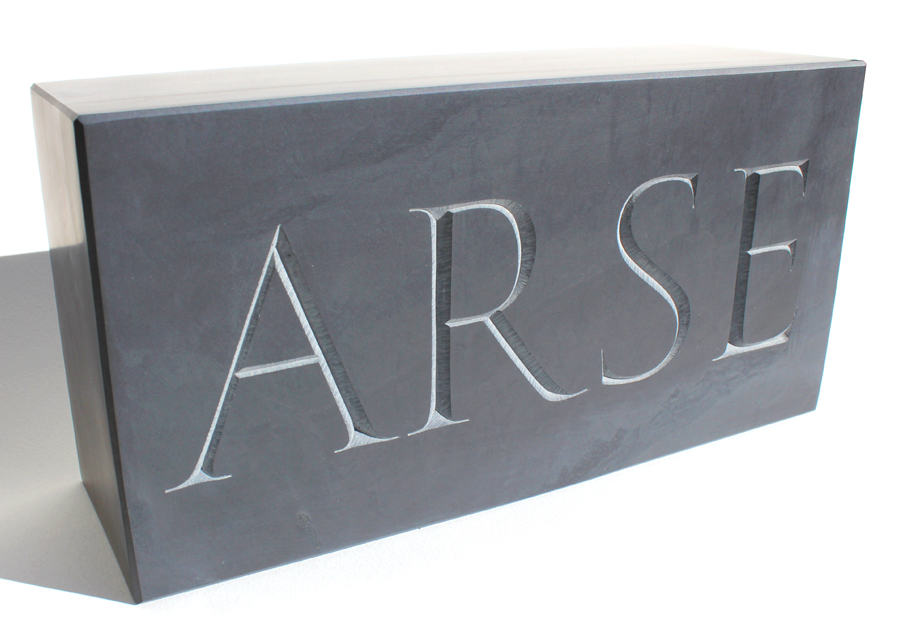 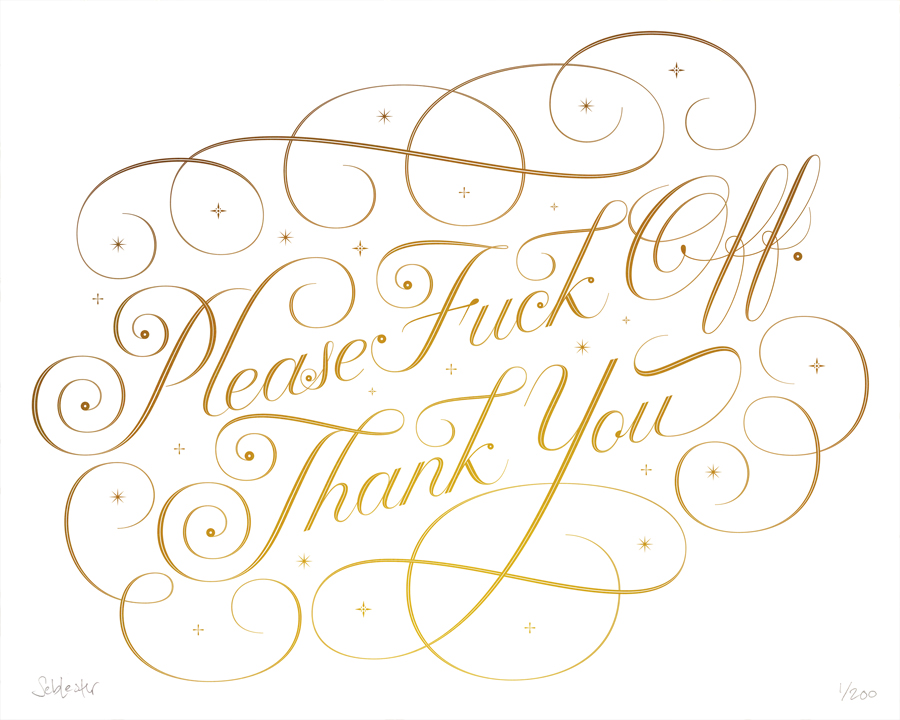 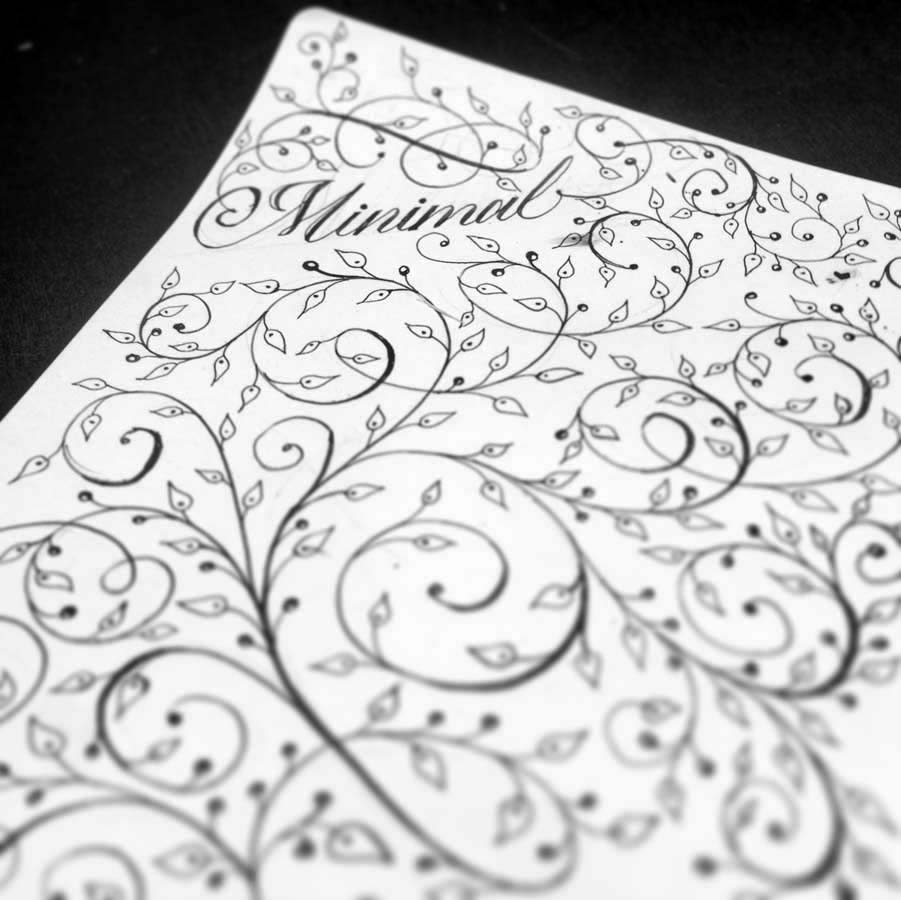 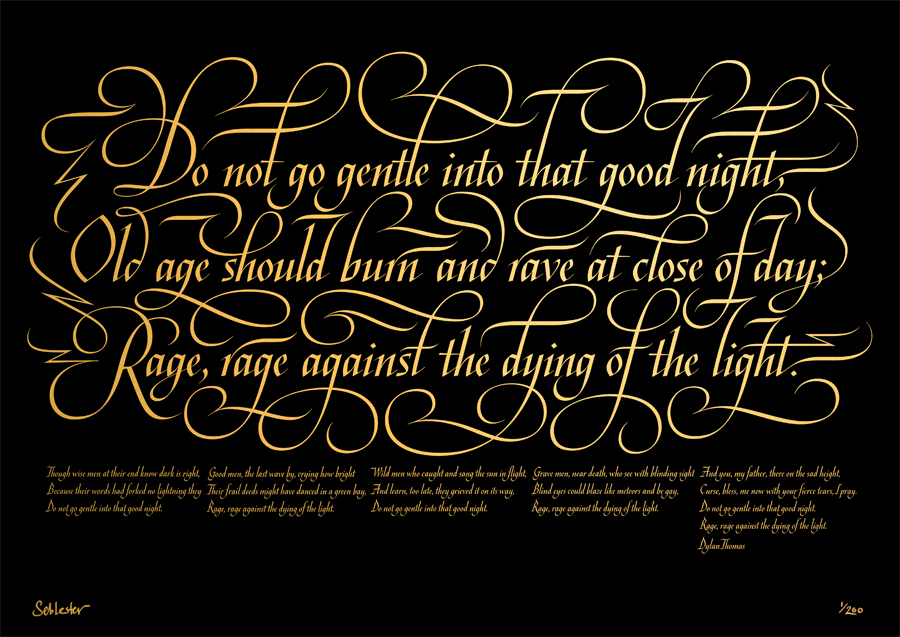 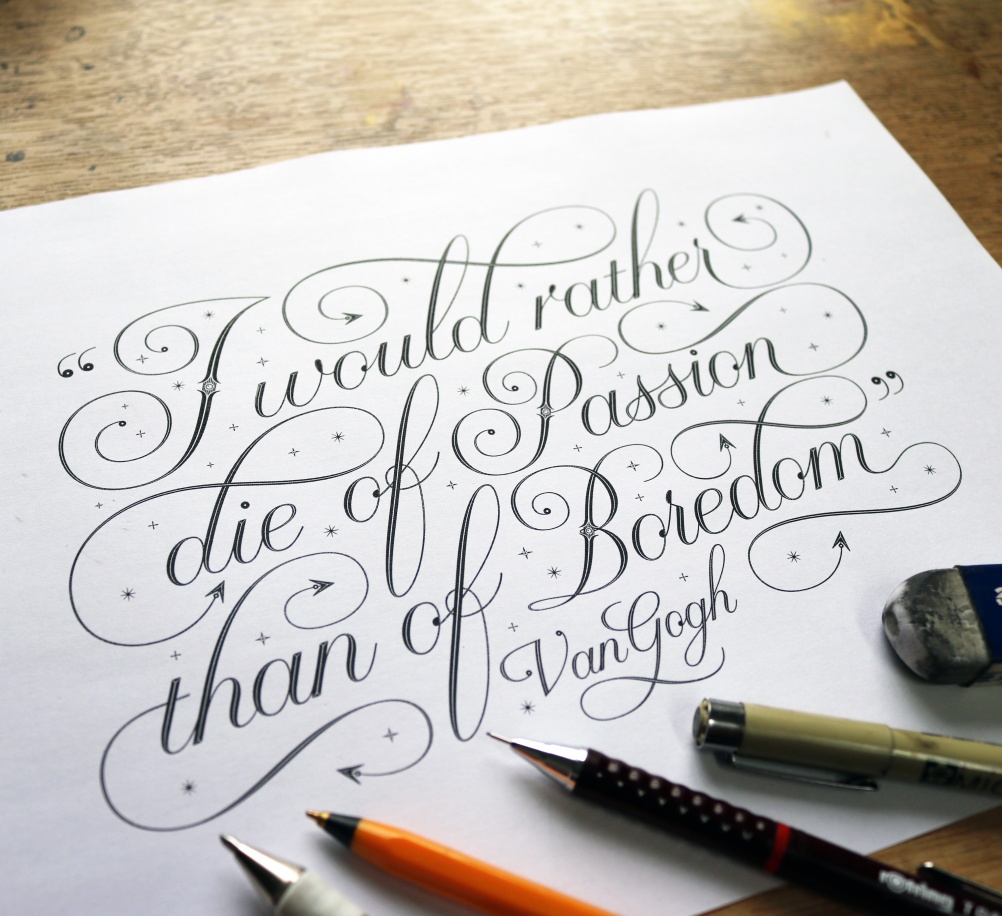