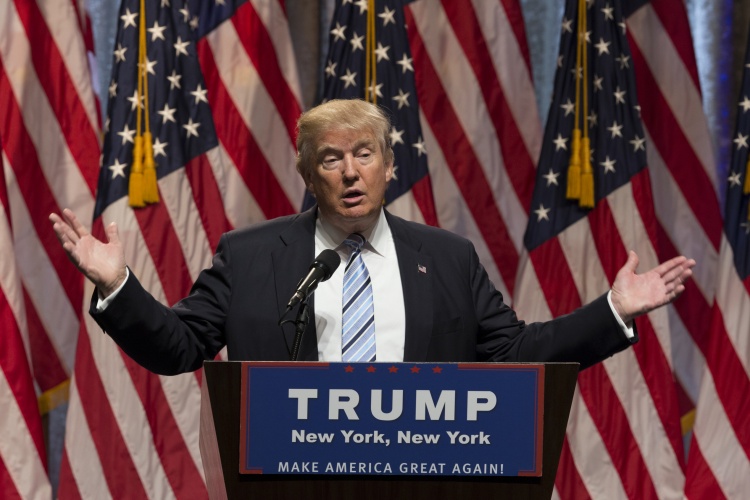 Last week, the world was shocked as Donald Trump won the US presidential election against his rival and polls’ favourite Hillary Clinton.

After stealing big states such as Florida, Ohio, North Carolina and Pennsylvania from the Democrats, the US’ electoral college system meant that Trump secured enough votes to win by 290 to Clinton’s 232.

Since his win, thousands of anti-Trump protesters have taken to the streets of Miami, Los Angeles and Manhattan, European leaders have called a crisis meeting on security and defence, while criticism has been directed at the US’ voting system, after Clinton received more individual votes than Trump.

At the same time, the likes of UKIP leader Nigel Farage have heaped praise on the president-elect, and even Trump himself has toned down the controversial and vitriolic rants he was under the spotlight for during his 18-month campaign.

Trump’s policies promise to incite huge change in US immigration, social support, defence and business – but how will this affect the design industry? While Trump neglects to mention the creative industries in his key policies, his proposed plans in other areas will no doubt have an impact on the sector.

The creative industries attract a multi-cultural workforce in the US, particularly tech start-up hubs such as Silicon Valley. Between 2010 and 2014, Google and Amazon hired almost 4,000 non-US-resident workers each, Intel 6,000 and Microsoft 12,000.

Clamp downs on immigration will mean that design businesses are going to find it difficult to retain talent from abroad, says Christopher Nurko, global chairman at Futurebrand, which has 22 international offices.

“For me, this was like Brexit 2,” he says. “The American design industry is really going to fragment. Cities such as Miami, New York, Chicago and San Francisco have a more open, international view and have been dependent on recruiting talent from a broader pool.”

While this could be made up for if there were enough domestic designers to fill the gaps, the supply might not meet the demand, he says, as regional consultancies “probably won’t have the insight or resources” to source talent from other cities.

Julie Anixter, executive director at the AIGA, the US’ professional association for design, agrees that stricter immigration laws could be harmful towards the design industry. “US companies are increasingly hiring for diversity in design and seeking global talent,” she says. “So restrictive immigration could actually hurt brands who need to be global-facing.”

The number of freelancers may increase as design is devalued

Trump wants to cut corporate tax from 35% to 15%, and wants to remove regulation, which aims to create more jobs for Americans, and in theory means businesses would keep more of their profits and would have more freedom over hiring. Nurko says increased freedom could “fuel the freelance economy”, but this may not be a good thing given Trump’s neglect to mention creativity in any of his proposed business policies.

“I don’t believe Trump’s a huge supporter of the creative industry,” he says. “He measures what campaigns and marketing are worth by results. You could see the freelance world experiencing a boom, but you’re not going to see wages increase.”

Trump’s America-first approach could mean the US loses its competitive appeal as it has reduced access to international talent – which could result in losing global pitches.

“There’s a bias now towards international firms, and the US will no longer have the benefit of talent from around the world,” Nurko says. “The European design industry will push ahead, and Toronto will see a boom as talent and businesses will relocate there. For Britain, despite Brexit, it’s good news – London will be more important in the creative industry.”

“China, Latin America, and the Middle East are all going to see a very insular, domestic-focused America. So if pitching for a contract, I highly doubt the US would be in a pole position.”

But others see a brighter side to the election, and are adamant that the US’ international focus cannot be so easily disbanded. Brian Collins, co-founder at New York-based consultancy Collins, says the country’s “leadership in technology” will “insulate the US” from Trump’s isolationist vision.

“The design industry here is a diverse community of designers, marketers, strategists, writers, coders, technologists and experimenters,” he says. “Immigration can’t be blockaded – it’s the foundation of our nation and a lynchpin for our economic prosperity. Our country will remain strong as a vital marketplace.”

Product design could thrive – at the expense of other sectors

Throughout his campaign, Trump placed value on creating more jobs for Americans in the working classes, particularly in manufacturing. This could benefit designers making physical products, such as those in the engineering, product and industrial design sectors – but software development and marketing could fall behind.

“This has been an election about post-industrial, working class jobs with tangible value – not Silicon Valley,” says Nurko. “The next four years will be about making things, and America will need the best possible products to be competitive, with the best brains working on them.”

But creative services for sectors such as travel may be impacted given the president’s views on immigration, causing harm to one of the US’ most successful industries. Travel and tourism generated more than five million jobs in the US in 2014, and generated over $450 billion towards the economy.

“Trump has said he doesn’t want people to come to America – so the world will not want to come to America,” says Nurko. “States like Nevada and Orlando are dependent on tourism, and creative services are important in helping people choose where to go. When travel and tourism cut back on marketing, it will have a knock-on effect.”

Gender equality could be tricky

Trump sparked controversy throughout his election campaign on more than his immigration ideals – his derogatory comments made towards women were widely reported, as were his references to rival Hillary Clinton as being too “weak” to lead.

“This election was about the angry white male – not the empowered female,” says Nurko. “There are a lot of women in creative services. They won’t be in an advantageous position for equal pay.”

What can US-based designers do now?

While Trump is not an advocate for the creative sectors, designers are optimistic about how they can retain an international outlook and inclusive values. Nurko says that despite plans for deregulation, design businesses should focus on “fair wages, diversity and inclusion”. “We will still practice that – we can’t be legislated against,” he says.

Hermman Behrens, North America CEO at Fitch, adds that design consultancies should be seeking out “brave” clients and carry on as business-as-usual. “The political landscape is changing globally, not just in the US, so the election can’t be examined in isolation,” he says. “We need to remain true to our values and continue to attract the best talent and work with brave clients, wherever they may be.”

A shift of focus might also be seen towards design that helps people, says AIGA board member Rich Hollant: “I expect designers will allocate more resources to social initiatives and shift their practices further in the direction of change.”

Creative companies should also look out for their employees given potential losses following the election, says the AIGA’s Julie Anixter: “We’re going to provide health insurance for our US AIGA members, as Obamacare is on the chopping block.”

While there are many uncertainties about the future of the US, designers are together in hoping that more freedom given to companies will at least allow for design businesses to focus on making their companies as inclusive and diverse as they possibly can. Others are adamant that Trump’s limited plans for design and architecture projects won’t go ahead, given their far-fetched nature: “No wall will be built,” says Brian Collins. “One as Trump described would cost over $25 billion. Mexico isn’t going to pay for it and the plan would never become a public works project – ain’t gonna happen.”