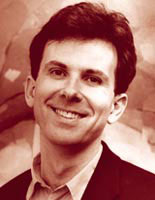 Some 40 years ago the advertising industry invented planning. Instead of putting dancing girls behind every product and whacking it on the telly, ad men began to consider the individual needs and objectives of each brand and to craft bespoke solutions for them. It revolutionised advertising and ad agencies, not least in the quality league.

There was a problem, however – they forgot to charge clients for it. Planning was quickly deemed an essential tool and any agency worth its salt had to offer it. Planning increased overheads across the industry at a stroke.

The design industry may soon find itself in a similar position.

Last week Loewy Group joined the ever-lengthening list of consultancies concentrating on the strategic rather than the practical side of design (DW 7 February).

The growing popularity of cerebration over execution is motivated in part by the economy: there are more consultancies chasing fewer projects so they have to look for alternative revenue streams. What’s more, fee-based strategic work is more profitable – margins can be twice as high as on practical design, industry sources say.

At face value it looks like a win-win situation. Cynics might say it is a predictable response to recession, but so what if it results in more business and business with higher margins? However, there are areas of concern, not least of which is: if so many are concentrating on strategy, who is going to concentrate on the craft?

Clients aren’t stupid, they know the sudden addition of the word strategy to a group’s list of services does not make it a strategic group. Surely it means having to recruit specialists, which increases headcounts and overheads at a time when consultancies are under pressure to trim both?

‘It is easy to write off their salary, as a really good planner will increase your revenue tenfold,’ says James Sommerville, co-founder of Attik, which announced its intention to move more into brand development in January (DW 22 November 2001). Sommerville admits specialist planners are as difficult to recruit as designers with a strategic bent, but, he says, it is well worth the effort and in more than purely financial terms. He argues that strategic facilities improve consultancies’ status with clients and design’s status as a marketing discipline, as well as helping cement longer term client relationships.

‘Design used to be a very execution-led, reactive business,’ Sommerville says. ‘If someone said “I need a logo”, we’d come back five days later with ten and say “take your pick”. Now we get involved much earlier in the process of working out what the strategy should be and how that translates into a logo. That can mean weeks and weeks of working before any design gets looked at, which helps to solidify client relationships.’

Strategy provides vital reassurance for clients that they are investing their money wisely in thought-through solutions. Sommerville also points out that if your clients include multinationals, strategic input isn’t negotiable – it is vital, if they are going to be able to justify your work to their boards.

Sommerville recommends making your strategic process as collaborative as possible. ‘It makes [the relationship] much more of a partnership and helps clients to feel more in touch with the final solution. If they have agreed the creative rationale, they have almost bought the creative work before any has been done,’ he comments.

In addition, he says that being involved in the creation of strategy proves the point that design is not something that can just be bolted on as an afterthought. That involvement can also lead to consultancies supplanting ad agencies as brand guardians, which again can only be good for developing longer term client relationships.

Springpoint Luxon CarrÃ  deputy managing director Stephen Meade concurs. ‘As advertising becomes even more disposable there is a huge opportunity for design consultancies to work at a more strategic level with clients and to become more closely aligned with the brands they work on,’ he says.

Strategy presents internal issues for designers. Sommerville notes that many designers are anti-strategy to begin with. ‘Cut the bullshit is a natural reaction. They just want to get on and get designing. Then all of a sudden the penny drops and the importance of strategy becomes apparent in the end result,’ he comments.

‘It means that the industry will become more diverse. Some 15 years ago the design industry used to be run by designers. The fact that we are taking a more strategic role shows we are more flexible and that the industry is maturing. It is not the death knell for creativity, which is still what everyone gets a big kick out of,’ he says.

Meade points out that it is very easy to say you do strategy and is another thing entirely to prove it. ‘The danger is that everyone starts pretending they can do things they can’t. There are only so many people out there. The ones that want to become closer to the brand are moving into design,’ he says.

Groups that pay mere lip service to strategy might do better to find another new business wheeze. The rest will need to put their monies where their mouths are.