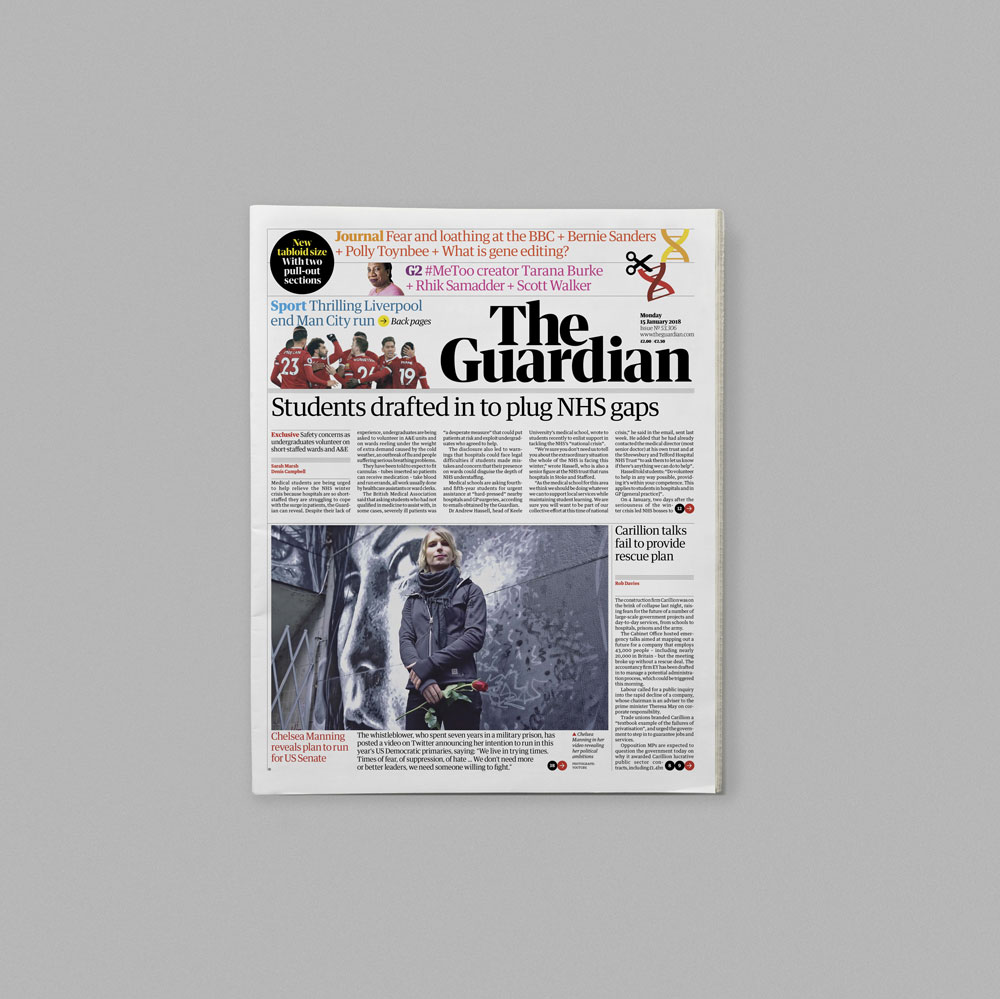 The Guardian has undergone a design overhaul, which sees a new print tabloid format introduced alongside refreshed and reorganised digital products.

Today the new tabloid edition hit news stands, replacing the Berliner format, which has been printed since 2005. The Observer will follow suit, launching in tabloid format on 21 January.

Guardian Media Group is citing cost savings of “several million” as a driver for the redesign of the newspaper, which is now cheaper to print. The publisher is aiming to break even by April 2019; the first time it has done so since the 1980s.

Mastheads have changed across The Guardian – in all formats – and the Observer in a bid to create a confident representation of serious trusted journalism, according to The Guardian.

The masthead has been pared back and is now set in a new black Guardian Headline typeface, created in collaboration with Commercial Type, which was also behind the the Guardian Egyptian slab-serif typeface, created by Paul Barnes and Christian Schwartz in 2005 for use across The Guardian.

The new typeface has been chosen for its “simplicity, confidence and impact”, according to the Guardian.

Guardian Egyptian continues to be used as the main text font, although subtle changes have been made to size, line spacing and typesetting to make pages more readable.

“Readability at heart of redesign”

Meanwhile, a bolder colour palette has been introduced to delineate news, opinion, sport, arts and lifestyle in print and online.

Breuer says, “The new design has readability at its heart… With a more flexible page layout in print and online and enhanced use of photographic journalism and graphics, our new design is simple, confident and stylish.”

The new tabloid format Guardian will comprise three sections – a main section, a new section called Journal containing “opinion and ideas” and a redesigned G2 for features, arts and culture.

On Sundays, a refreshed Observer will feature the Observer Magazine, redesigned to make more of photography and photo-reportage, and The New Review which focuses on cultural and intellectual reporting.

Back in 2015 Breuer led a digital first strategy, which saw The Guardian redesigned for different online platforms and this in turn influenced the print edition as the Guardian looked to create a common design language.

The big change in 2015 was introducing a horizontal “container” layout in place of columnised taxonomy, which was not serving user needs. Content started to be looked at as “slow or fast” and was curated by editors accordingly.

The new look and feel works with this existing functionality, navigation and curated approach, but uses single colours to familiarise readers with sections. 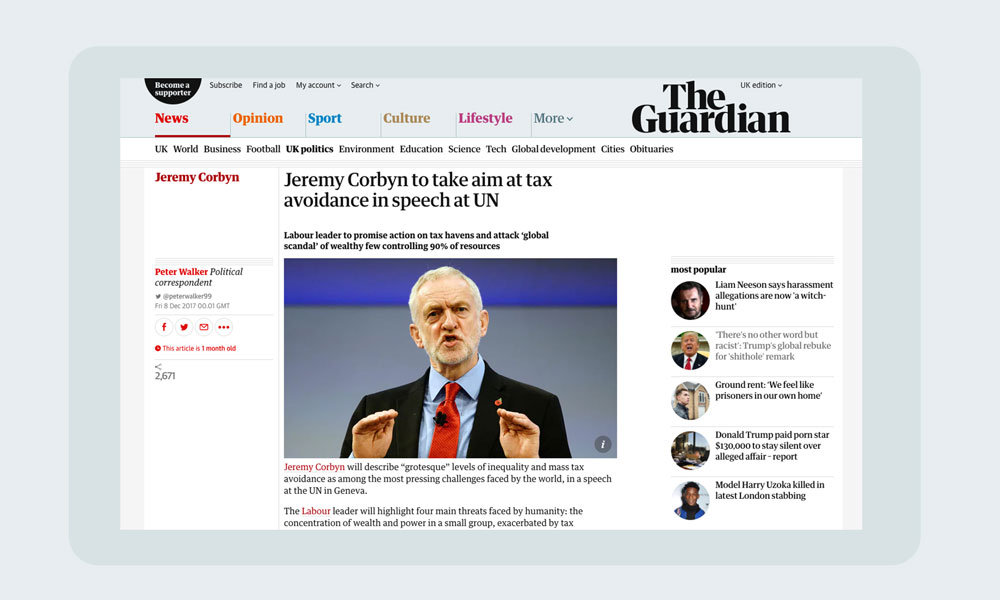 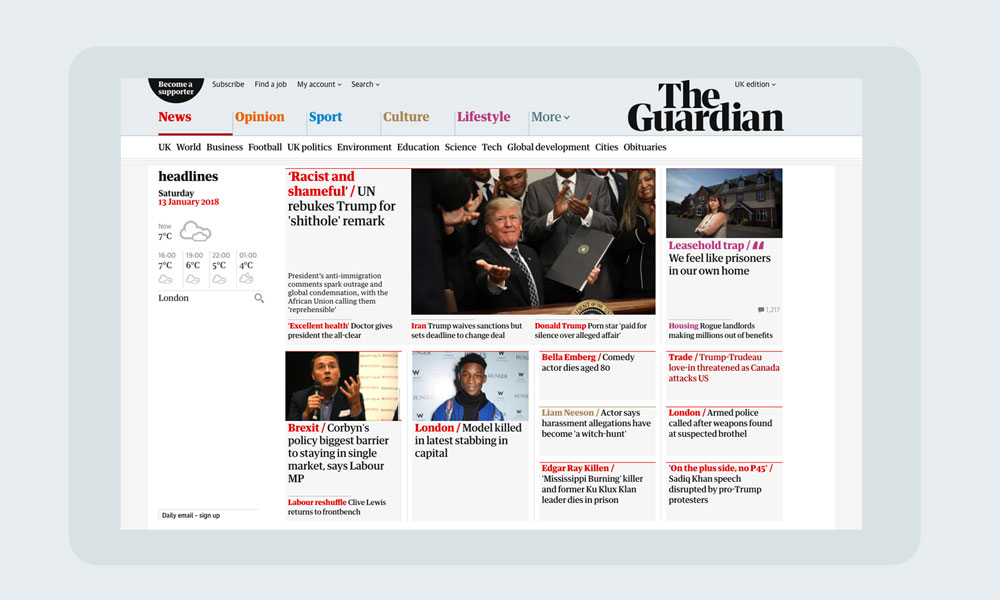 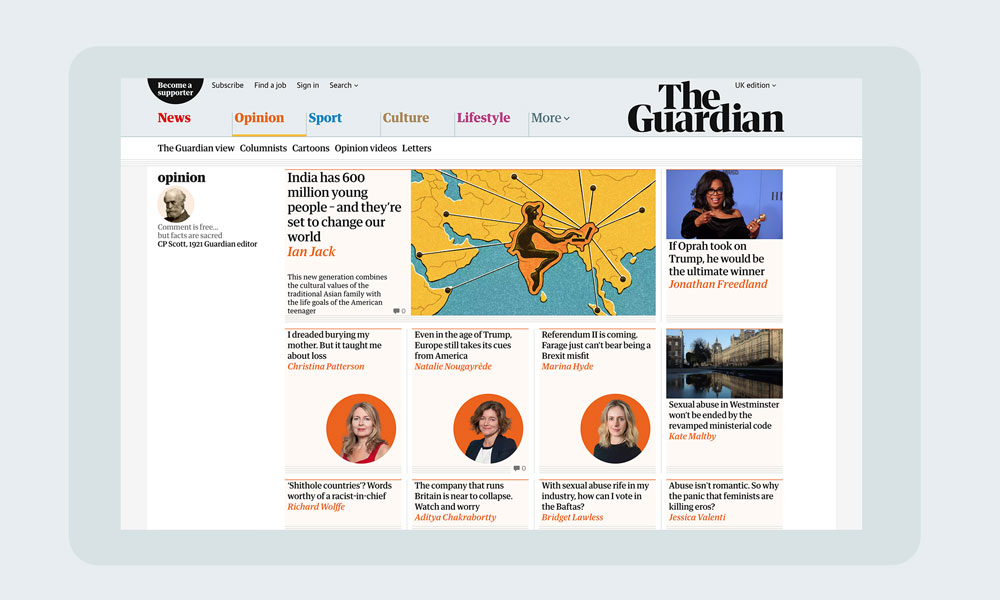 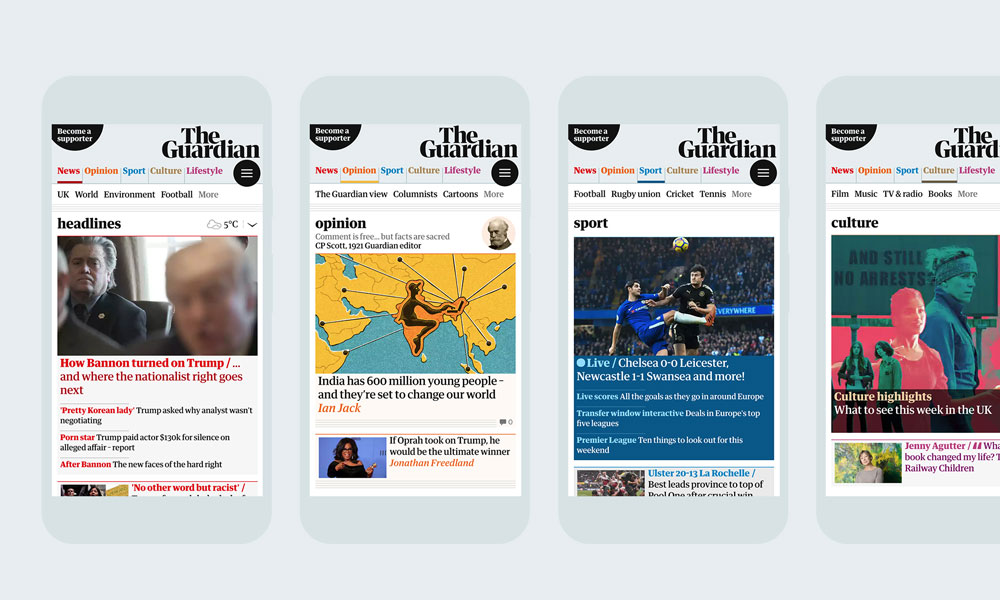 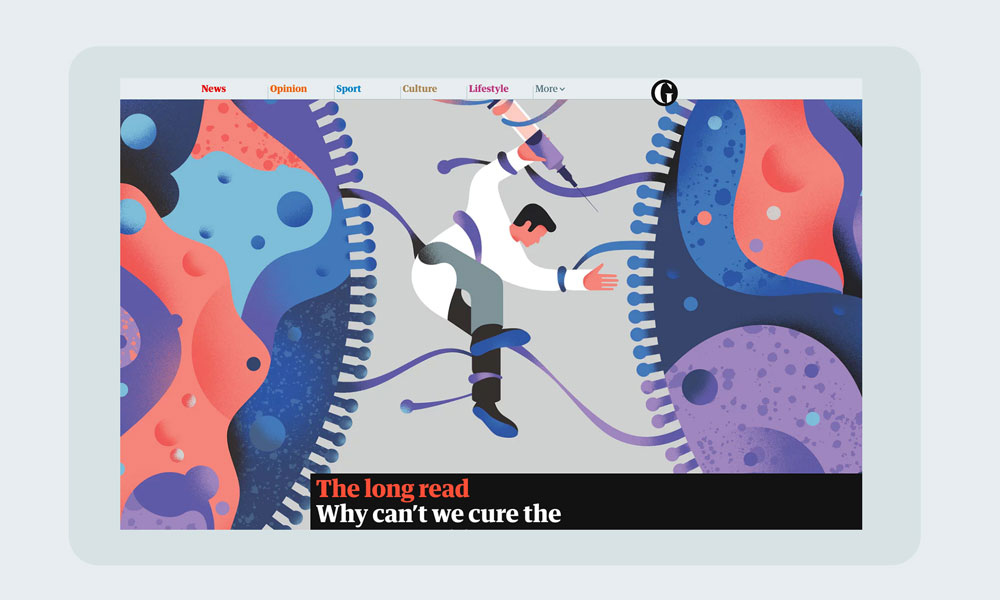 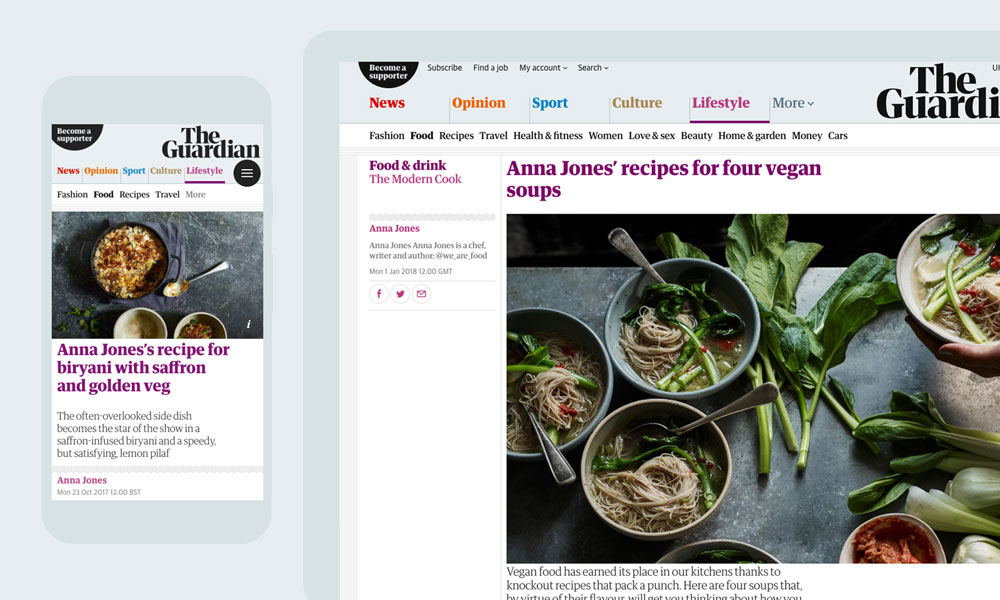 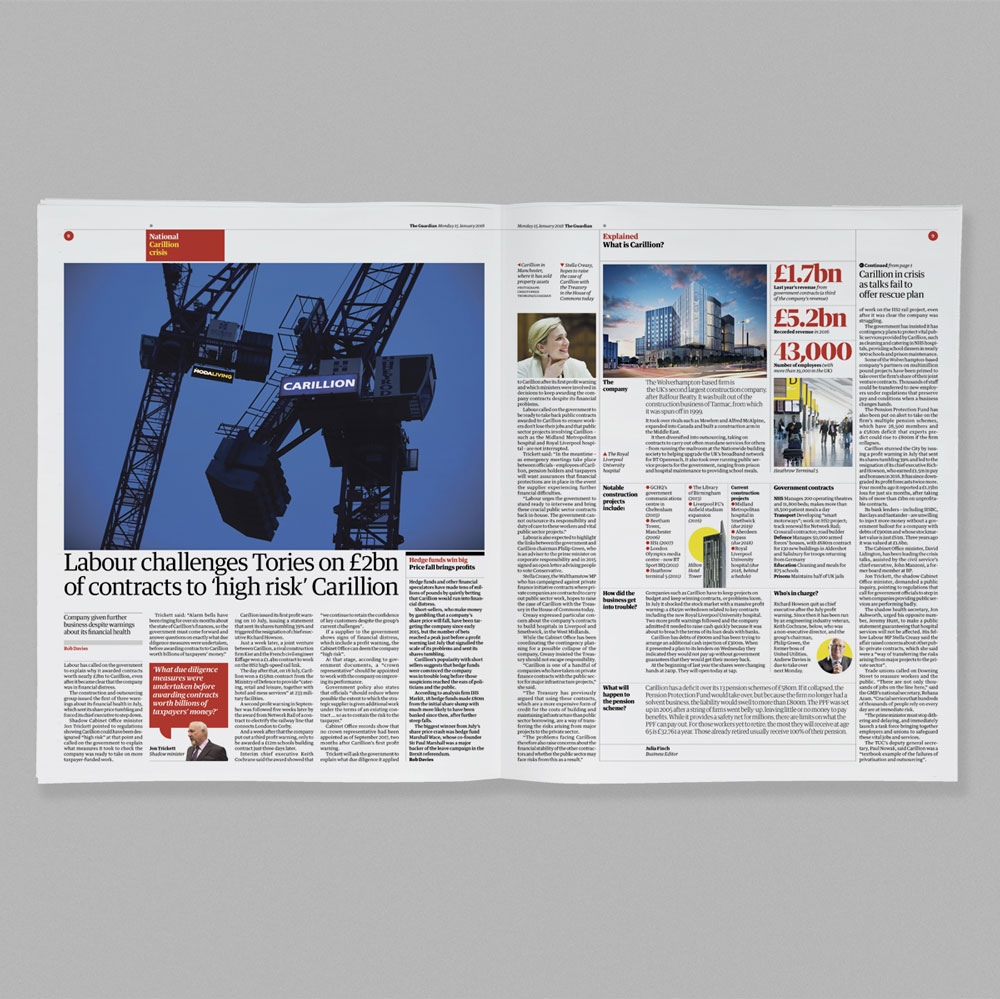 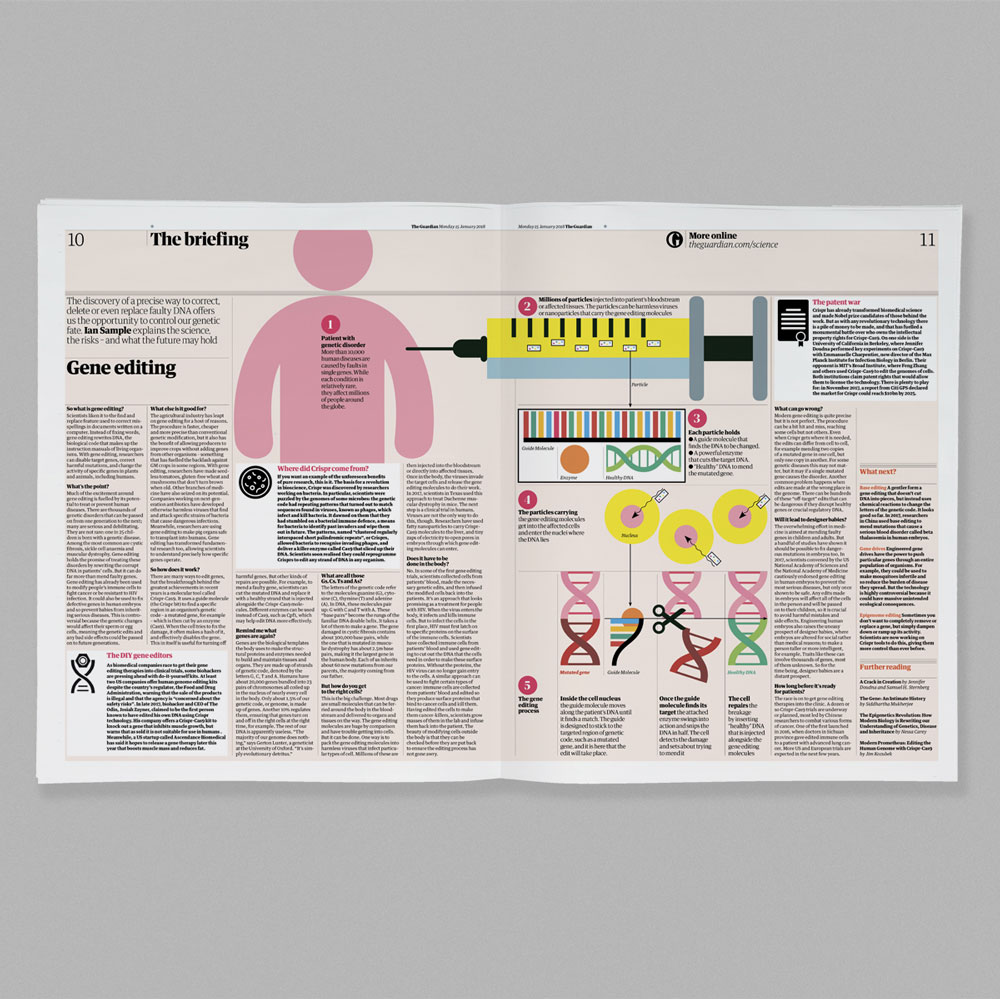 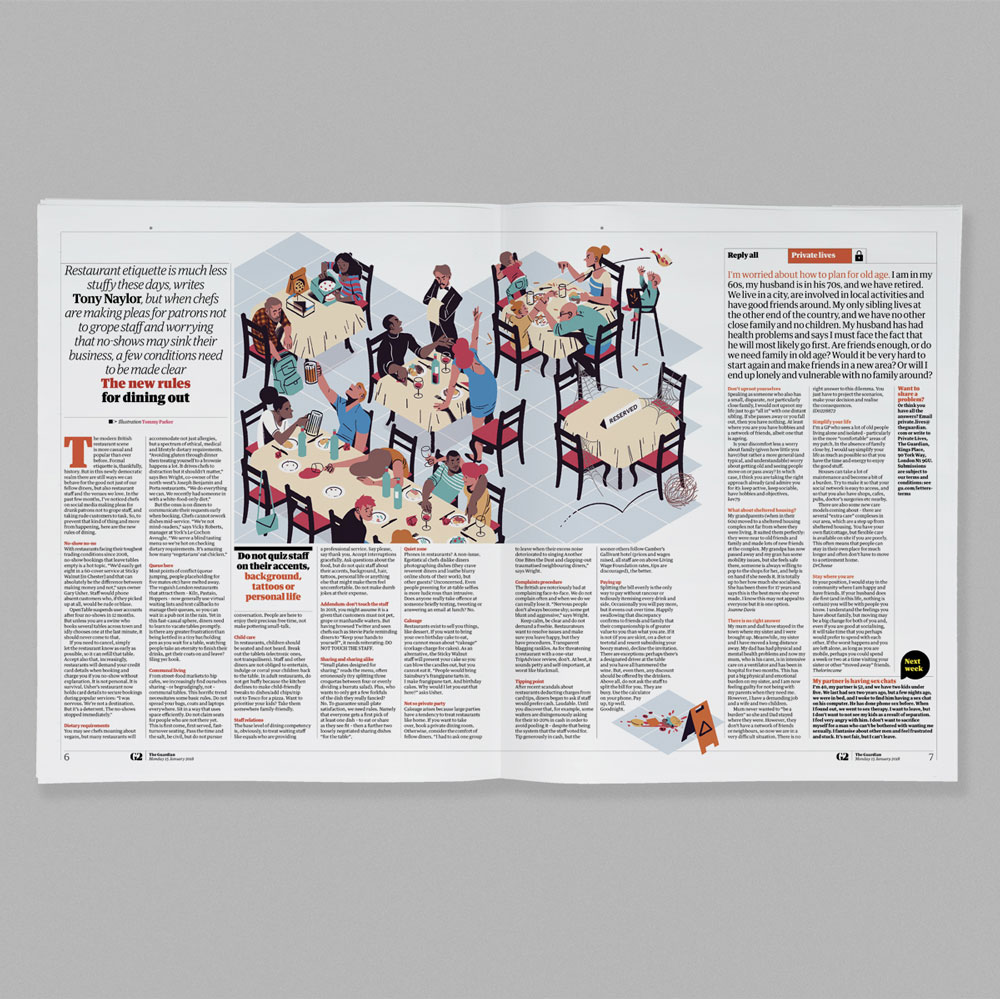 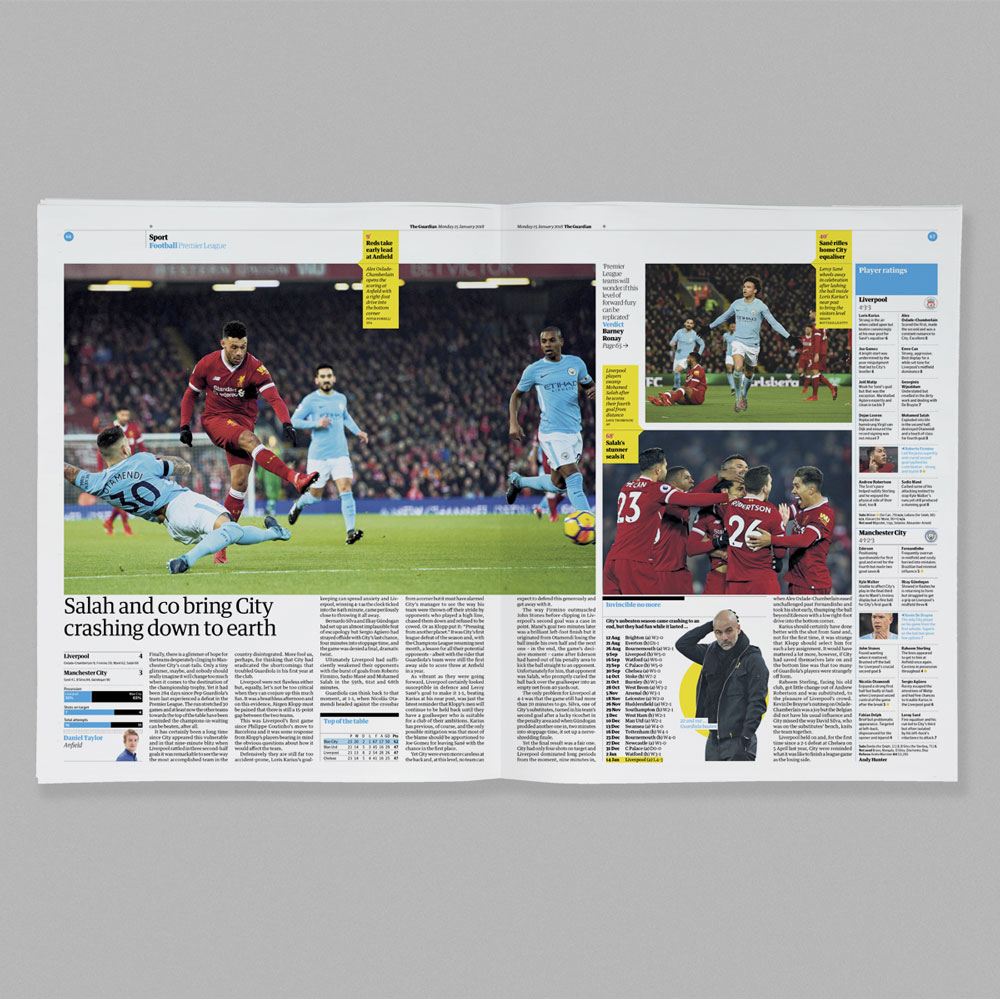 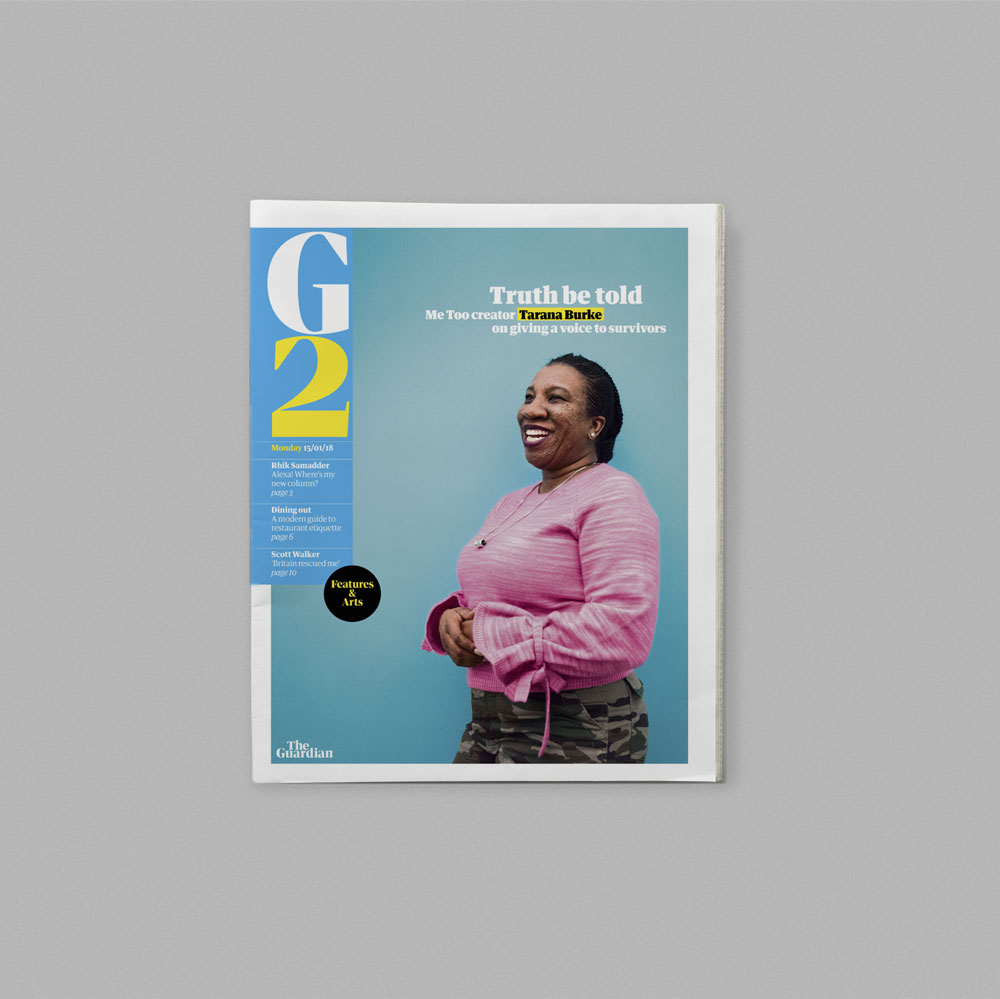