Design Week: Why did you decide to compile this book?

Michael Bierut: I really enjoy writing but I’m only capable of doing it in short, sustained verse. I respond to situations that arise or something I’ve noticed and am inspired or angered by. Writing helps organise your thoughts, and this book is a decade’s worth of individual writings. I wasn’t sure they’d even work together, but in the end, I decided that putting them all in a single volume would add value to the reading experience. 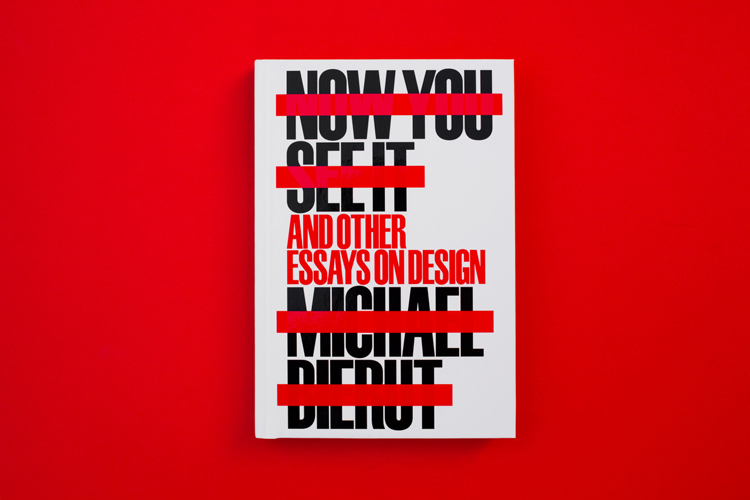 DW: What are some of your favourite essays?

MB: Some of the essays I’m most proud of are on how the profession of graphic design is situated in the world today. One is on graphic design criticism as a spectator sport; it’s about this peculiar condition where a lot of the work that graphic designers do – which used to be ignored or only seen as appealing to a narrow audience – is now worthy of widespread comment thanks to social media.

Clients used to ask me to send out press releases about their new logos and I would roll my eyes and think to myself: “No one gives a fuck about your new logo.” Now, there’s a curious situation that plays to designers’ distaste for ill-informed people taking an opinion on their work, but also how they hopelessly crave attention at the same time. Designers can’t dictate what form that attention takes! Another essay I like is on logos, and how they’re now evaluated within the first hour they’re unveiled.

DW: Tell us more about how you think the perception of graphic design has changed?

MB: I haven’t really figured out what has caused this rise of interest in graphic design. In 1972, when I was at high school, “communication design” was flyers that came through your mailbox, or came on the TV in the form of title cards at the beginning of shows. The nature of communication began to change from something completely passive to something that people immersed themselves in.

Now, logos are of such interest to people because anyone that has a smartphone is physically interacting with them multiple times a day, just through opening apps. From Instagram to Uber, when one gets changed even a little bit, it can seem shocking – it’s like your best friend getting cosmetic surgery. People invest in and take ownership of brands, and they wonder why the brand didn’t ask their permission to change.

DW: How is the book structured?

MB: I collected all the essays that still seemed interesting to me, lined them up and spent days shuffling them back and forth so they were in a nice sequence. Of course, people will just go to the ones they are most interested in, jump around, do what they want. It’s a book that is well suited to busy people – or people who are predisposed to low attention spans.

DW: What are some of its themes?

MB: They are mostly of interest to other designers – but if you look at the index, you’ll be completely baffled by what kind of book this is. It features everything from TV show The Sopranos to the design of cookies to how speech writers work. It’s defining design in terms of things that aren’t “design”. The references are so seemingly random that if someone asked what the book was about, it can only be about design, as that ties all the subjects together.

DW: So who is the book aimed at?

MB: It’s not meant to be an introductory course for someone who wants to learn the basics of graphic design – it would be a very faulty guide. It’s for anyone who is interested in visual culture. I don’t have academic credentials, and I’ve tried to strike that weird balance of something readable but not oversimplified or condescending. There are several essays that focus on single objects, such as a ubiquitous foot measuring device. Anyone who’s ever bought a shoe in the US has seen this object.

This book looks at why we make the things we make, what we’re trying to communicate about ourselves as a species, how we’re trying to achieve goals – from electing a political candidate to measuring people’s feet so that their shoes fit properly. People have a never-ending capacity for invention. I find that really interesting.

DW: What’s the main aim of the book?

MB: Increasingly more and more people are becoming consumers of design. Almost everyone is going to be consuming and reacting to things that designers are producing. This book is intended to make us smarter, better and more purposeful consumers and also show how design is being used to project our identities into the world.

Every 12-year-old with an Instagram account is thinking about their brand through their clothes, expression and background in a photo. People have always been conscious of their own presentation but the capacity to express that to an audience of infinite size is completely new. That, in a way, is a design process. Any insight into what designers think and what they’re trying to achieve can be instructive for people.

DW: On politics, the Hillary Clinton campaign makes it in to Now You See It – what were the most exhilarating points in that design process?

MB: It was certainly exciting to go through a process that starts out as a drawing in a notebook, to a presentation you’re doing in front of a small group of people, to signs being held by 3,000 people in a convention hall. Selfishly and narcissistically, there is something truly thrilling about that. I took a lot of pleasure in creating a simple tool that many people would use. I was amused and bemused by how people interpreted it, and that’s what a great piece of communication design is. It’s a platform people can use in many different ways.

DW: How do you think political communication has changed?

MB: There’s definitely a new route with political messaging. For example, the women’s march that took place in Washington last year, where thousands of people made signs by hand on their kitchen tables. Some were amateur, but they were heartfelt, pointed, touching and mean. Some had their pictures taken and were shared by thousands of people. Who’s controlling the design discourse then? Similarly, the Pussyhat campaign, where people could download a design to knit their own pink hat is a great example. They weren’t sold on mass – people had to use their hands to make them. There’s something really moving and democratic about that.

DW: How effective do you think design has become as a political tool?

MB: It’s more effective than ever – but being a professional designer and making other people align with what you’re doing may not be the bar to judge effective design by anymore to be honest. Now, it’s so much about people’s ability to come up with something. Just look at #metoo as a movement against harassment and disempowerment of women. That’s not a product of Sharpies on a white board in a conference room – that happened organically. Of course, it depends on context; the same thing’s not going to sell soft drinks.

DW: How do you think writing and design complement each other?

MB: I find writing a great way to think through your own point of view. And while architects have glass, steel and stone, and fashion and product designers have raw materials, graphic designers have words. Whether you’re designing a book, poster, motion graphics or a logo, it’s about communicating to a mass audience with language. The relationship between design and communication is what attracted me to graphic design in the first place.

Saying that, writing is really hard for me. I have no shortcuts with it, like I do with design. Deadlines end up being death sentences. Sometimes, writing is the most unpleasant, pleasure-spoiling thing I have to do in my life. I’ve been designing for nearly 40 years, I’m a practised professional. With writing, every time I sit down, it’s like I’ve never done it before. I have a fear of the blank page. But if I get one of these fucking things done, I take pleasure in a way that’s like nothing else. 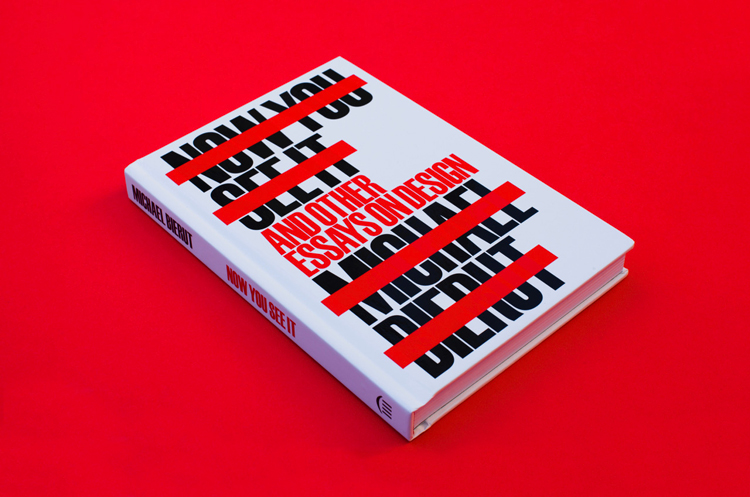 Now You See It and Other Essays on Design is published by Princeton Architectural Press, and available to buy online worldwide for $35 (£25.40).