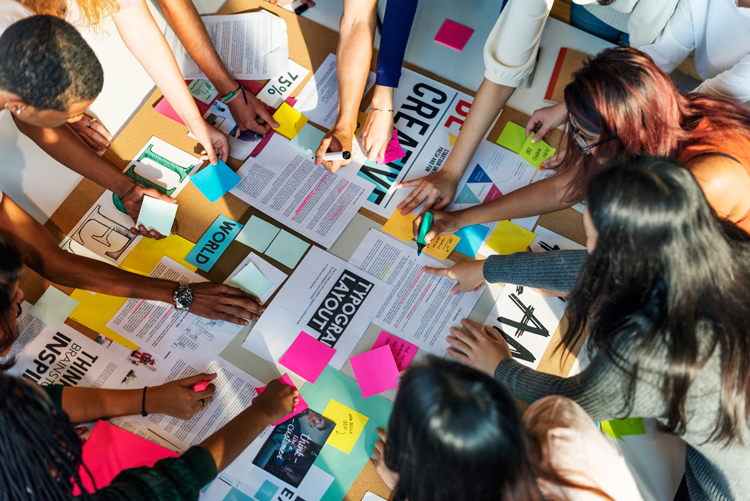 Research has shown that half of young people surveyed want to pursue a job in the creative industries, but the majority do not feel informed about careers in the sector.

Half – 49% – of the young people surveyed said they would like a job in the creative industries, with this figure increasing to 70% for 16-18-year-olds.

But 62% of all students said they do not feel they receive adequate information about creative careers at school from career advisors or teachers.

“A lack of information about employability in creative industries”

Roughly half – 47% – of all students surveyed also said they felt pressure to choose a “traditional” career.

Shanae Bedford, a student in animation and VFX at Escape Studios, says: “During secondary school, I felt unconfident to undertake courses in the creative industries as these were not deemed a ‘traditional route’ by teachers and career advisors. There was a lack of information about employability in the creative industries, leaving students lost when choosing their options.”

The research also found that some parents do not encourage students to take on creative subjects at university. A quarter of parents surveyed were concerned that creative jobs “lack longevity”, while a third believe the sector is too competitive and a fifth view it as underpaid. A quarter also said they would “actively prevent” their child pursuing a creative career.

Dr Ian Palmer, director at Escape Studios, says: “We’re thrilled to see such a high percentage of UK students are showing an interest [in the creative industries].

“However, it’s concerning to learn the workforce of the future feels they are lacking the right kind of support while in secondary education and at home. If we are to support the continuing success of the UK’s creative industries, we need to take a bottom-up approach to nurture future talent.”