Morten Münster’s book on behavioural design is a bestseller in its original Danish edition, which might be a surprise given its niche subject matter. I’m Afraid Debbie from Marketing Has Left for the Day – subtitled: How to use behavioural design to create change in the real world – addresses the power and pitfalls of the sometimes-confusing discipline. It’s one that Munster himself admits has a mixed repetition.

However, using real-world examples from his extensive career, Münster lays out how behavioural design can improve working conditions, help companies sell more products and innovate their industries. In the book, the behavioural design expert uses examples, from Obama’s campaign to tech giants, to show how understanding human psychology and real-world influences are crucial for the practice. Design Week caught up with Münster to discuss his own design team’s failures, Obama’s strategy and his predictions for a post-Covid working place. 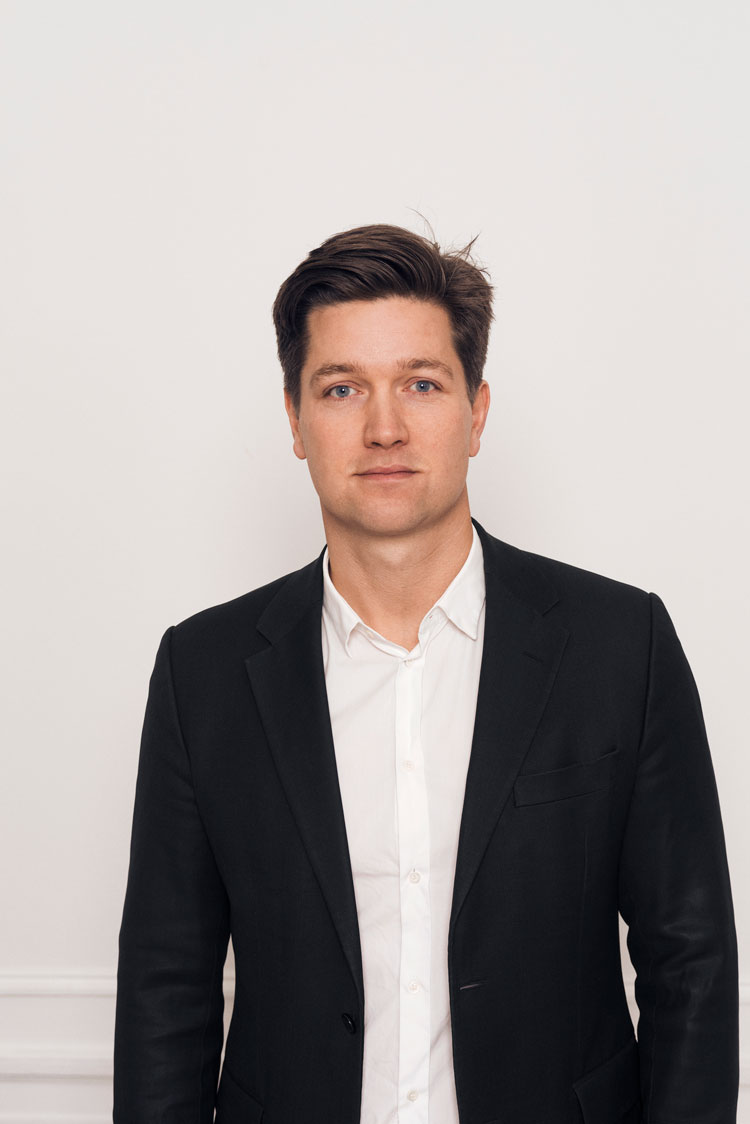 Design Week: In the book’s introduction, you talk about behavioural design being somewhere between the answer to everything and a point of ridicule. Why do you think it has gained this uncertain reputation?

Morten Münster: Mainly because practitioners tend to overrate their own way of doing things. And some behavioural designers take the idea too far, forgetting that there is a point to rational arguments and processes. They get too greedy and think they can solve it all with behavioural design. But they can’t. For instance we had one prominent behavioural designer here in Copenhagen stating that parking fines do not work, and that we should just instead design us out of the problem. Good luck abolishing parking fines in a major city…

DW: What do you think is the biggest mistake behavioural designers can make?

MM: In the book I write about a project where me and my team failed miserably. Basically the mistake we did was talking to the wrong experts. In a big intervention where we tried to get people to sort their food waste more correctly we talked to all the bosses with responsibility for food waste, employees and routes. We talked to specialists and lobby-people to try and get a sense of what would work. In the end we made a huge randomised test, but when we got the results nothing had happened and our funding was used up.

Later that day we were out saying goodbye to the garbage men who had driven us around on the route. Suddenly one of them turns to my colleague and says: ”I should have told you nothing would happen. You collected the trash for the test on the Monday route. It is on the Tuesday route, we have all the problems.” We had made the critical error of thinking that the academic experts are the experts. In the real world the real world experts are the experts. Get as close to them as you possibly can.

DW: One of the case studies you list is Obama’s 2012 presidential campaign. Could you tell me more about the learnings from the election team’s strategy?

MM: Obama’s team was one the first to use basic concepts from behavioural design to get people to vote. It was used throughout the campaign, but let me mention a few of those that doorstep canvassers used.

First they would typically identify the person as a voter stating something to the effect of: ”Hi Mrs Jenkins, we can see that you voted in the past.” We know this reminder of identity can act as a future prompt to vote. Secondly they had people make a plan of when and where they would vote. How they would get there and so on. This is called a “planning intention”. We know from behavioural science that if you can get a person to make just a small plan for future behaviour the odds of them actually doing it increases significantly. Thirdly they would ask people who identified as an Obama-voter to sign a small informal commitment card. Again this is a classic form of commitment device that reinforces the voter’s opinion and increases the likelihood of them voting in the future. The last is a classic one, where the people contacting voters would simply inform them that others in their neighborhood were also planning on voting. This is a classic case of social proof, where they try to sway voters to turn up by establishing a norm for voting in their neighbourhood. 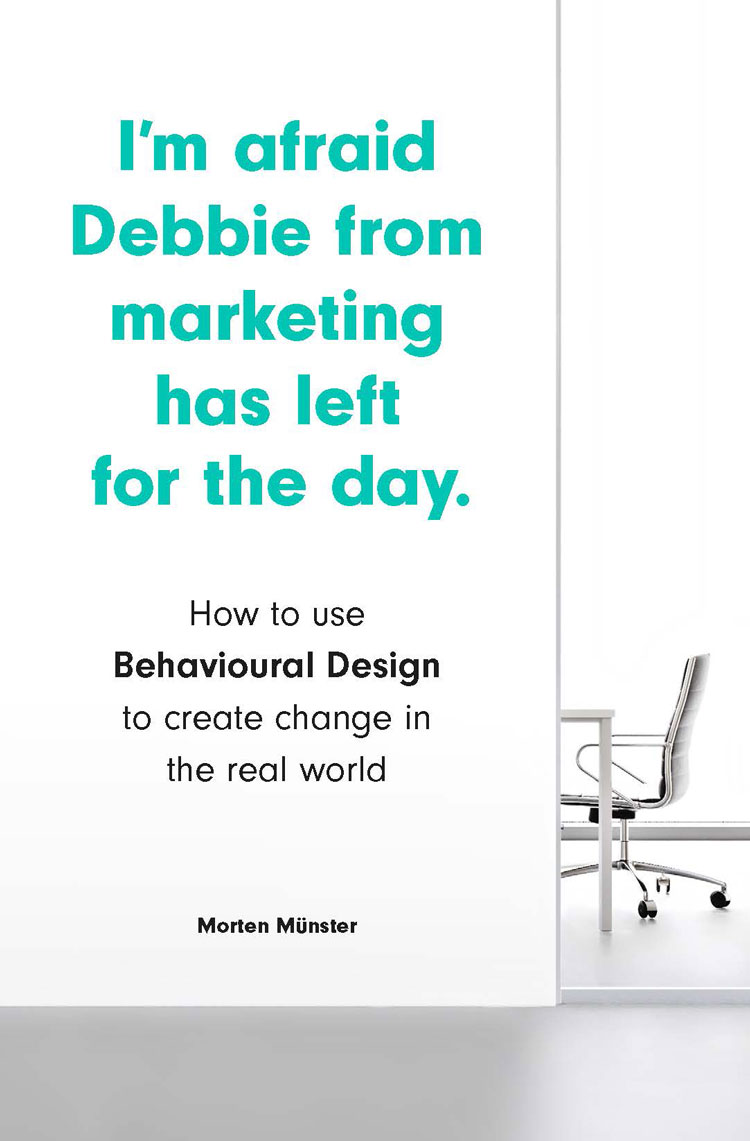 DW: Many of the examples in the book revolve around workplace efficiency and wellbeing. What do you expect the impact of lockdown – and widespread working from home – to be?

MM: There are definitely going to be some changes. It is obvious to everyone now that you can actually take a meeting on Zoom instead of driving through traffic for several hours. The idea of physically showing up at your workplace everyday is dead in many places now. And that’s good. On the other hand, and this is the more interesting part of the answer, things will not change as much as we think. When things hopefully come back to normal in a few months, people will get back to normal. One of the insights we have from behavioural design is that if your environment does not change, then you will not change. So when we go on a diet and feel good about it, or get into a new exercise regimen that we love, we think it will last forever. Suddenly we wake up a year later, 10 pounds heavier. We are not eating healthy and not working out. What happened? Humans are designed to obey their habits. And habits will always get the better of you if the environment around them does not change.

DW: One of the main points is that we should think of the ‘real world’ when it comes to designing solutions. What happens when the world appears in flux, as it has recently?

MM: It only becomes more important. In my opinion one of the most important parts of behavioural design is the focus on actual behaviour. Real people doing real stuff on a Tuesday at 10:15 at their desk. Many organisations feel they talk about behaviour in there change initiatives, when all they are doing is putting people to sleep with vague corporate lingo like “be agile”, “share knowledge across silos” or “be customer focused”.

But that does not mean anything for the person sitting at the desk with a ton of ’to-dos’ and no time to execute them. So the more the world changes, the more you need to be in tune with actual behaviour. This is why any attempt to change behaviour should start with being really explicit and precise about the behaviour you want to change. This is actually much more difficult than it sounds. Perhaps somebody should write a book about it.

I’m Afraid Debbie from Marketing Has Left for the Day by Morten Münster is published by Laurence King. It is £12.99 and out now.