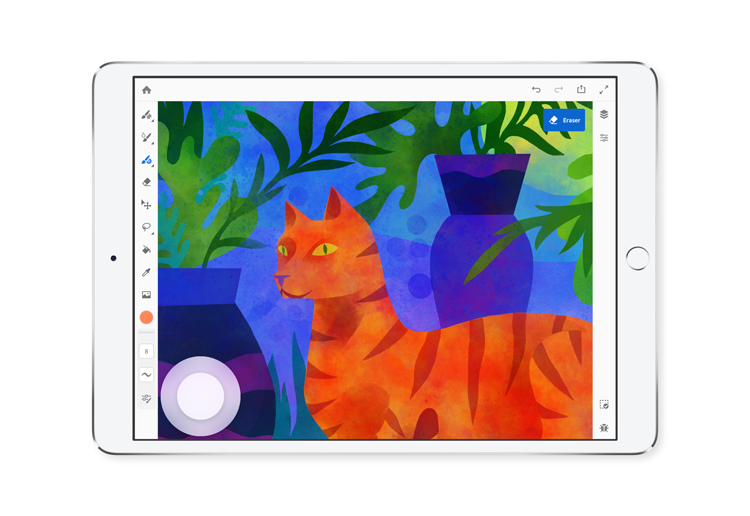 Adobe has launched new app Gemini, allowing artists, illustrators and designers to create oil and watercolour paintings through a stylus and touchscreen.

Revealed at this year’s Adobe Max conference in Los Angeles, the new software aims to improve artists’ workflow as they can now stay in one app to draw, illustrate and colour, rather than switching between Adobe Illustrator and Photoshop, says Kyle Webster, illustrator and member of Adobe Design Team.

Gemini – or as Adobe is calling it, Project Gemini – launches alongside a string of other new Adobe products, including an “all-in-one” video editing and posting program Rush and augmented reality (AR) program Aero.

As it mimics the physical act of painting and drawing and is currently an app rather than a full program, it can only be used on touchscreen devices, such as tablets. It will launch first on Apple’s iPad in 2019, then will be available on Windows and Android devices.

Gemini creates the same effects as painting by hand, such as blending, mixing, adding of water and different thickness and stroke types depending on the brush chosen and the pressure applied through the stylus.

Artists can “undo” paintings and save colour history

However, unlike real painting, it also allows artists to remove or “undo” marks and paint strokes through the “command/control-z” function.

It also has a memory that allows users to save and return to preset styles they have used previously. For instance, the colour history remembers a particular shade as well as the opacity that it was set at, so the user can achieve the same effect and level of paint transparency in the future.

Similar to Photoshop, Gemini features layers on the right-hand side of the screen, and various tools on the left. However, it also has a “flexible, expandable” tool menu, meaning these things can be shrunk away from the page so the artist can focus solely on the canvas. To change something, such as brush type, the user can then expand the menu.

“We’re trying to make [art] flexible,” says Webster. “The ability to mix the paint and use different opacities means you can do real glazing techniques that oil painters do. The combination of the stylus plus the software gives artists every bit of control they would have with traditional materials, in a digital environment.”

Gemini is aimed at “professional illustrators” and graphic art makers, such as animators, those creating editorial artwork and concept art for films and games, Webster says.

He adds that the ability to delete actions and completely remove paint-marks enhances rather than detracts from the traditional artistic process.

“We’ve taken the traditional process and made it reversible and flexible,” he says. “This gives you the ability to be more reckless with your art, because there are no consequences.” 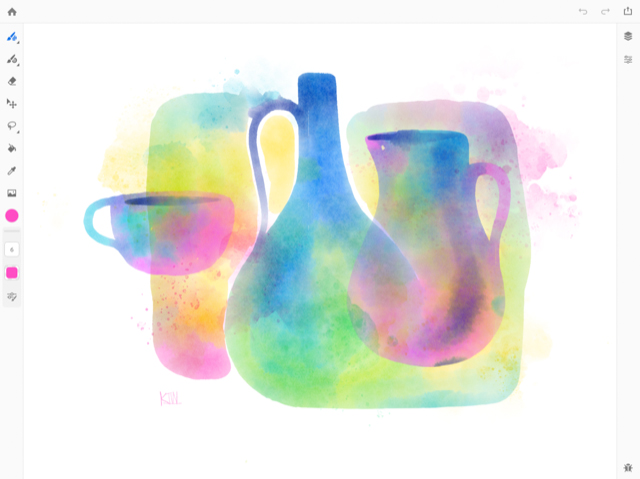 When asked by Design Week about whether there were concerns from Adobe about how apps like Gemini could replace traditional, hand-craft skills such as painting and drawing in the future, Scott Belsky, chief product officer and executive vice president of Creative Cloud at Adobe, says the new technology aims to give options to artists and designers rather than take anything away from the creative process.

“The greatest tech brings things back to how they once were,” he says. “These are the same techniques we learnt in schools. What I find most impressive is how it emulates physical craft itself. It gives optionality for creativity – there are instances where you may want to use a different medium or approach to craft. These things are hybrid and come together.”

Shantanu Narayen, chairman, president and CEO at Adobe, adds that digital art tools like Gemini will help to democratise art and design and open the subjects up to more people.

“Look at photography and film – digital has dramatically magnified its accessibility, use and affordability,” he says. “If we do our jobs right, we’re going to make hand-craft even more relevant in the digital age. It’s about using tech to help people express their creativity even better.”

Abhay Parasnis, chief technology officer and executive vice president of Cloud Technology at Adobe, adds that the company hopes Gemini will inspire more people to go back to the physical canvas or drawing board, by acting as a gateway to traditional painting.

“We’re too close to the world of digital screens [today],” he says. “As the worlds of physical and digital blend, and tools become more expressive, we’re going to go full-circle, and there will be a propensity for more users to try hand-craft and express themselves with more tools. We want to create a true intersection between art and science.”

Gemini will launch first on Apple iPads in 2019, followed by Microsoft and Android devices. 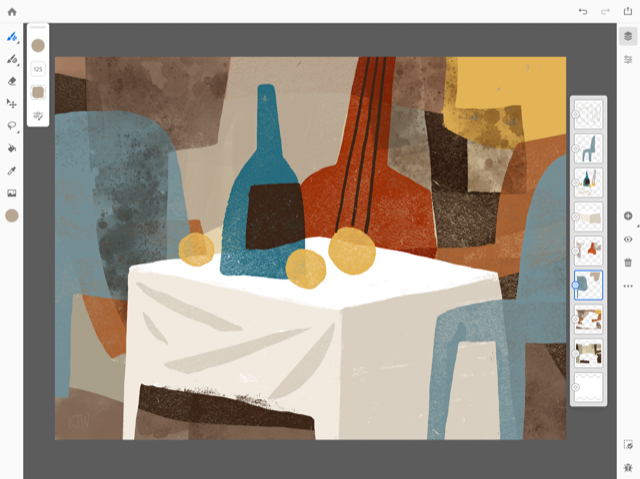 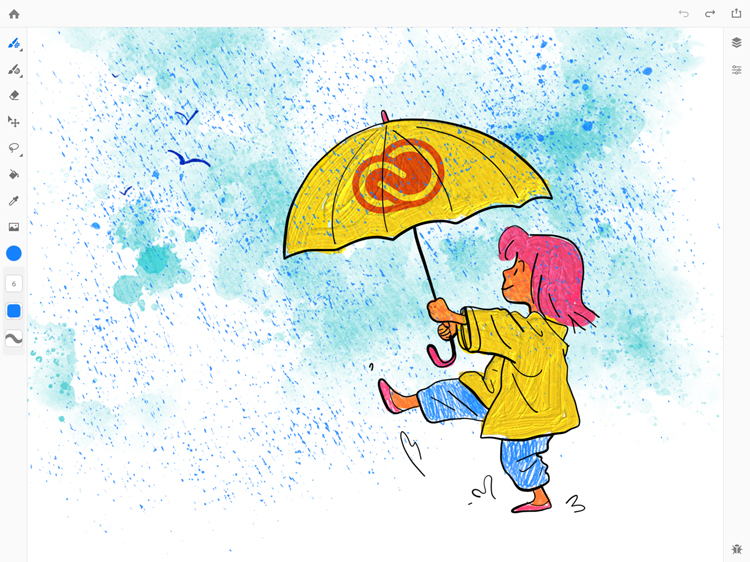 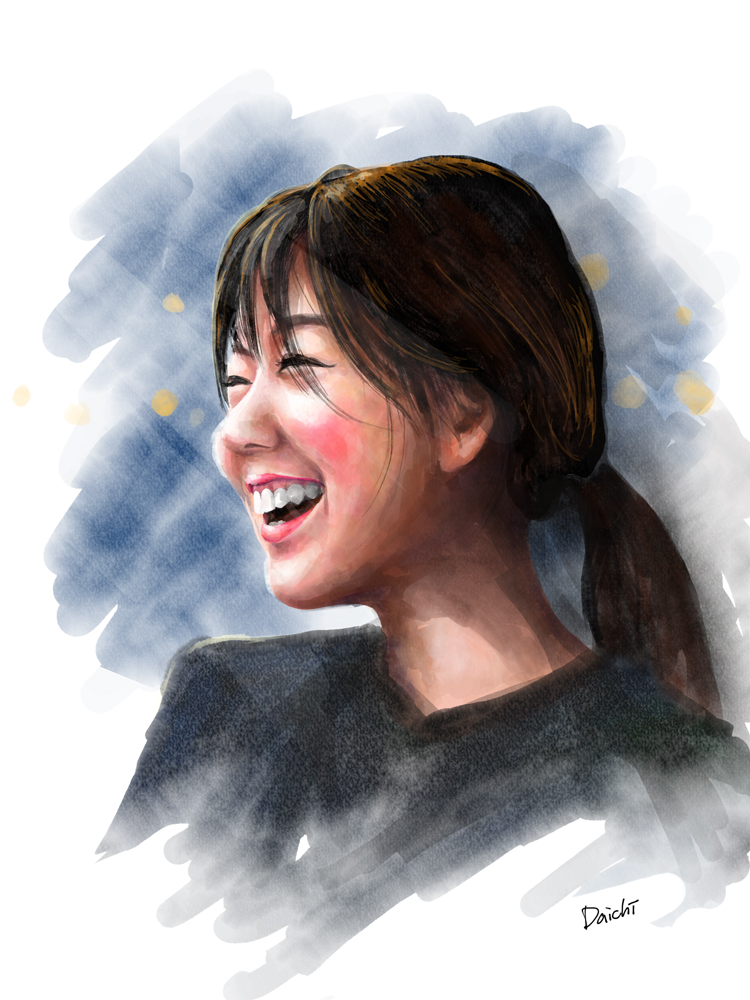