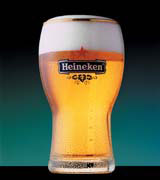 Heineken is considering launching an international chain of nightclubs that do not sell alcohol, in a move to target teetotallers.

In an unusual brand extension, the brewer has been working with Keane Brands for approximately two months on the project, thought to be the first of its kind for Heineken. According to reports, Keane Brands has been tasked with designing the chain’s identity and interiors. The clubs will most likely be branded as So, and they will sell Heineken’s range of non-alcoholic drinks, as well as soft drinks and coffees. Heineken is thought to be planning to roll out the venues, initially, across areas within the Middle East and the Far East, where there is not a big drinking culture. A site in Beirut, in the Lebanon, is on the cards and other potential locations are being lined up. Following a trial period, So could then launch across Europe in a couple of years’ time.

It is likely that the club interiors will be designed to replicate the fantasy design elements that are often incorporated into nightclubs, but the challenge will be to create an ‘unreality’ – an atmosphere that provides an escape for clubbers. A design template will be produced and it is likely that the interiors for each club will be site-specific, influenced by the character of the local surrounding region.

Keane Brands is believed to be experimenting with sensory concepts, to create unusual and must-visit venues for the clubs. This includes drawing up innovative designs, such as a dance floor that responds to movement and walls that undulate to music. The consultancy is also thought to be experimenting with lighting systems, specifically psychic-kinetic lighting, which aims to change people’s mood as they circulate around the clubs.

Both Heineken and Keane Brands were unavailable to comment as Design Week went to press.

A recent survey, entitled Creative World, outlines a blueprint for 2015 and points to the proliferation of branded social environments. The report is co-written by Richard Benson, former editor of The Face, David Rainbird, co-founder of design consultancy Fibre, and Ekow Eshun, creative director of the Institute of Contemporary Arts. It was compiled by examining current trends in branding, media and technology (DW 13 October).