Kin Design has created a set of digital installations for a new exhibition at Cornwall’s famous botanical gardens and the world’s largest indoor rainforest, the Eden Project.

Kin’s work marks the first ever digital elements included in an exhibition at the Eden Project, and form part of the Invisible Worlds show – an exhibition dedicated to things in nature that cannot be seen with the naked eye but are important to life on earth, from gut bacteria to tropical fungus.

“The topics being explored in this exhibition are often ignored, because we can’t see them in everyday life,” says Kevin Palmer, director at Kin. “More and more studies show just how important bacteria and microbes are, and how growing populations are negatively affecting the Earth’s cycles.

“As this subject matter is hard to envisage, it lends itself perfectly to using digital interactive techniques to communicate these stories.”

The exhibition features intriguing and remarkable stories of nature, such as that of the water bear, a tiny micro-organism than can survive in the depths of space, and zombie ants, a parasitic fungus that permeates an ant, turns it into a “zombie” and leads it up a tree, where it then explodes out of the ant’s head and spawns its seed.

Kin’s digital work for the show consists of two main interactive exhibits, the Vast Invisible and the Small Invisible. 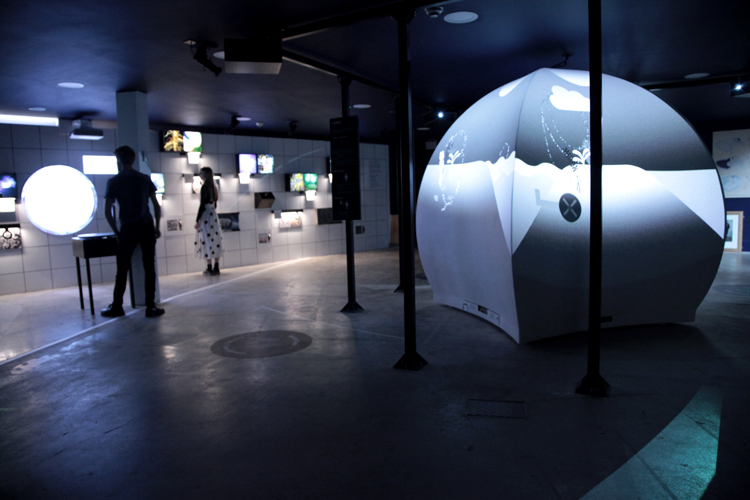 The Vast Invisible looks at four key cycles in nature: the oxygen, water, nitrogen and phosphate cycles. The aim was to show how these cycles affect humans, flowing in and out of us, and into plants, land, air and the oceans, and also how humans have had a negative impact on these systems through industrialisation. Palmer says the studio “put the visitor at the heart of these stories” to emphasise the importance of humans to these cycles.

The studio created a four-sided projection dome, with one side devoted to each of the four cycles. It then installed three-dimensional (3D) cameras, which are able to pick up visitors’ skeletons and movements and use these to generate an animated character, which is projected onto the side of the dome. 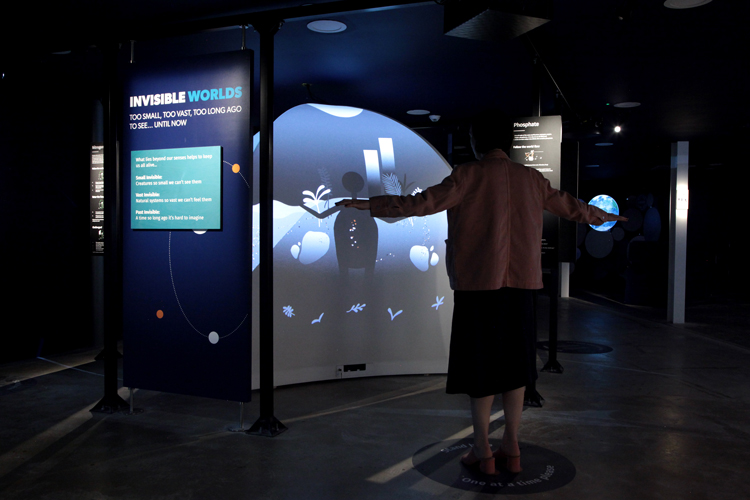 As the visitor moves around, this is reflected in the projected character, and they can see the flow of particles move through them, as well as how humans are interrupting these cycles. 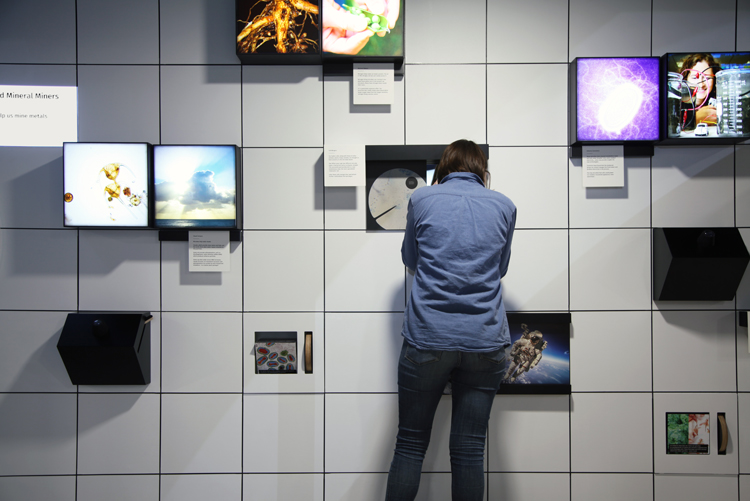 The second installation, the Small Invisible, is a 13-metre-long wall, which showcases 24 micro-organisms, inviting visitors to explore them in different ways. It contains various physical and digital interactive elements for visitors to touch and learn about the “fascinating stories” behind different microbes, says Palmer.

These range from simple to more complex design elements, he says, including: light boxes that illuminate magnified photos of microbes and the jobs they do; lenses that visitors can slide with their hand to reveal more images and text; viewfinders that they can peer through; and bigger, carousel projectors where visitors can turn a wheel of microscope slides to activate animated projection sequences on the wall in front of them. 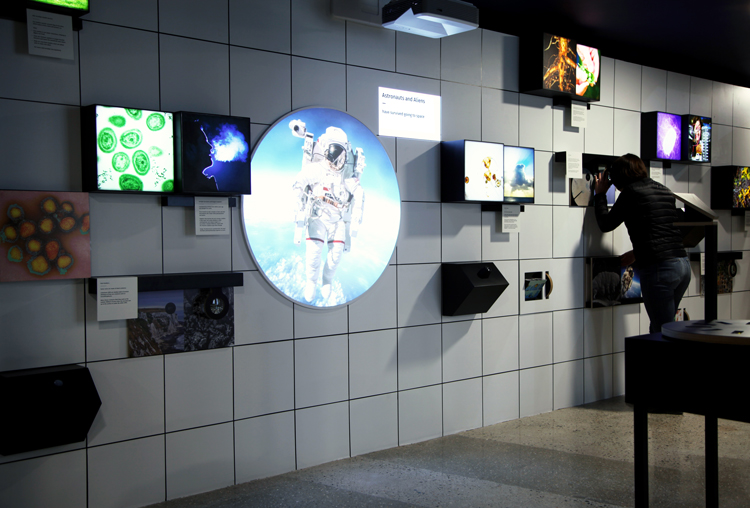 These interactives aim to encourage visitors to “engage” with living organisms which cannot be seen and the world’s vital cycles, and “tell an important story”, says Palmer.

“We have a role to play”

“As humans, we should begin to recognise the role we play,” he says. “The overall aim is to educate and entertain visitors with stories of the invisible world, and highlight the environmental impact that man has had – and continues to have – on the world around us.

“You only need to look at the news regarding the damage that has been done to the Great Barrier Reef to see the impact of industrialisation on the oceans’ micro-organisms.”

The project started in November last year, and took roughly eight months to complete. The design studio worked with scientists and researchers at the Eden Project to curate and edit the content for the exhibition.

Invisible Worlds is a permanent exhibition at the Eden Project, Bodelva, St Austell, Cornwall PL24 2SG. The exhibition is included within the cost of admission to the Eden Project, which is £27.50 on the day or £25 in advance. Concessions for students and children apply. For more info, head here. 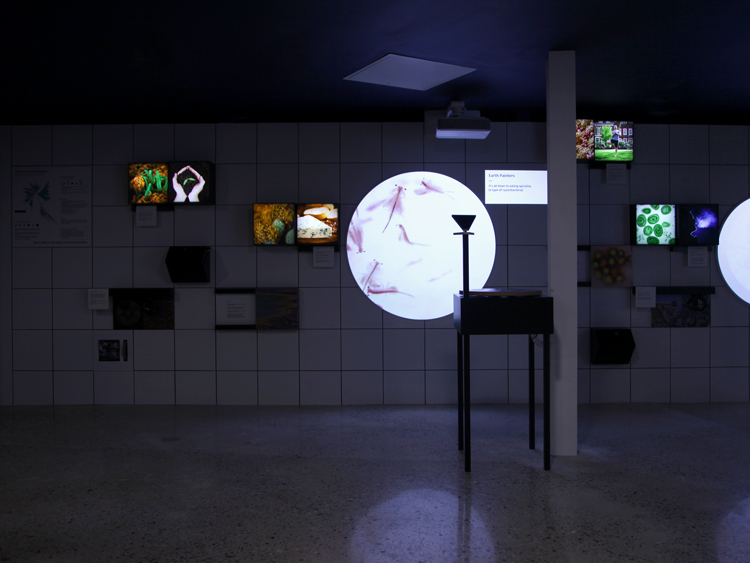 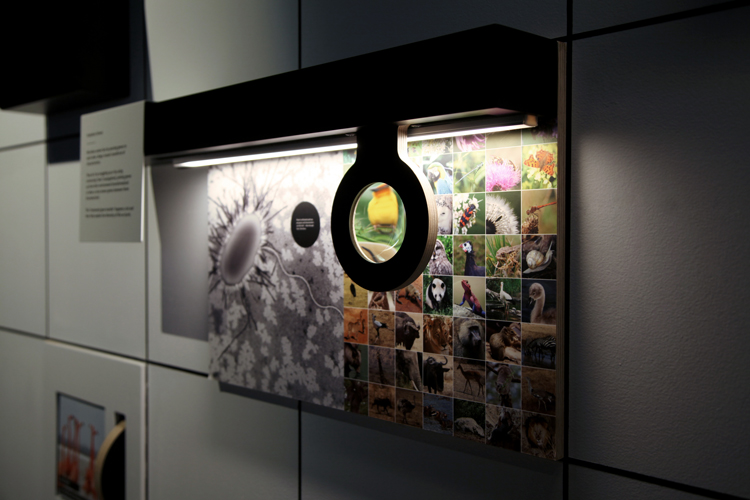 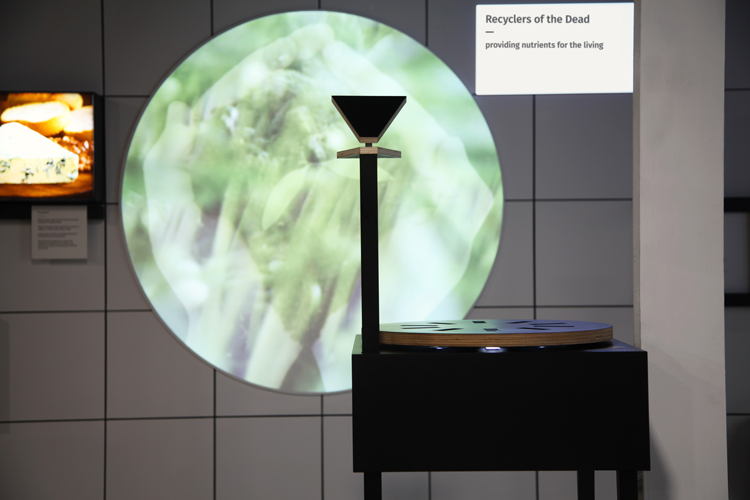 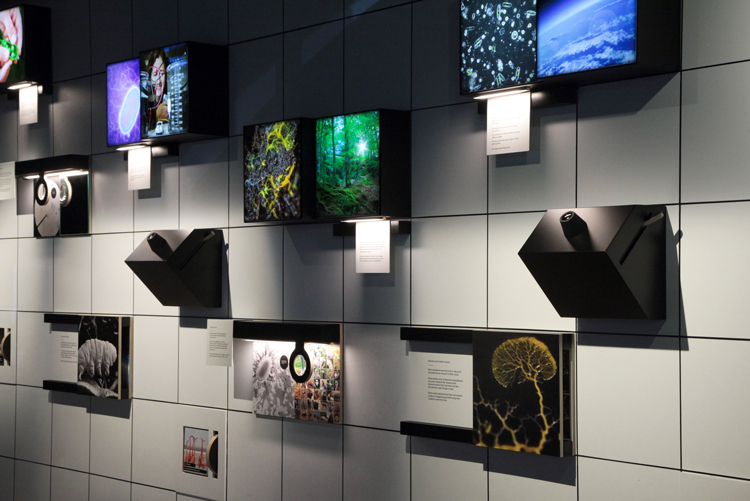 All images courtesy of Kin Design.