Steve McQueen’s production company Lammas Park has revealed a “nostalgic” logo to coincide with the release of its television anthology series Small Axe.

The logo has been created by London-based graphic designer Greg Bunbury and was unveiled for the premiere of the television show on BBC One.

Lammas Park is one of the production companies behind the Small Axe anthology series, directed by McQueen. The series is co-produced with Turbine Studios. 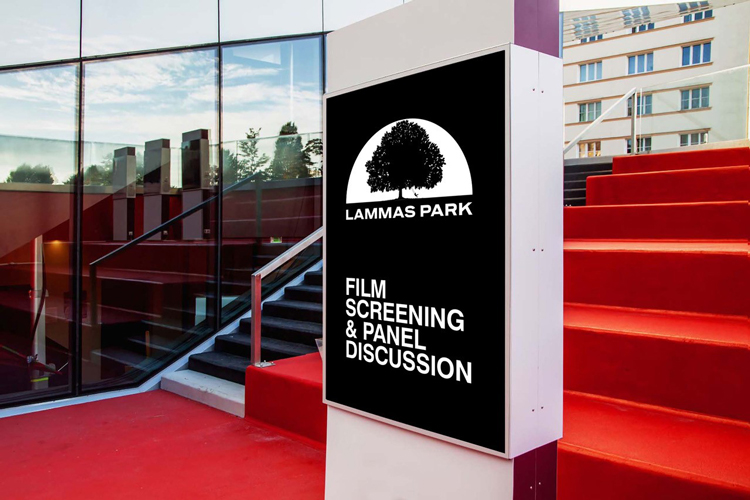 Bunbury tells Design Week that the project was “serendipitous”. Lammas Park was working with consultancy Tea & Water, who reached out to Bunbury because of his poster project Black Outdoor Art.

The billboard project was prompted by this summer’s Black Lives Matter protests and sought to showcase work from black British creatives across the capital.

Bunbury had also created a poster in honour of Eric Garner, an African American man who was killed by police in 2014. The “I Can’t Breathe” poster was inspired by Garner’s last words and has since been added to the Musem of London’s exhibition on Black Lives Matter.

Tea & Water was keen to find a creative for whom the project would have a “lot of resonance”, Bunbury says. Both Bunbury and McQueen grew up in London-based Caribbean communities in the 1970s.

In this way, the designer was able to bring his own perspective and “lived experience” to the project, he adds. Bunbury also admires the “massive premise of the project” and McQueen’s “advocacy for the black British creative community”.

McQueen had a specific vision for the logo, according to Bunbury. The director grew up in West Ealing, London and used to visit the local Lammas Park frequently.

“He had lots of childhood memories of playing under this giant oak tree,” Bunbury says. The designer worked from photographs of the tree to create a digital version.

Bunbury presented a few options for the swing element, showing the boy in various positions, moving backwards and fowards. McQueen wanted him to be moving forwards, Bunbury says, as a sign of “momentum and affirmation”.

The image is not to scale, Bunbury adds. “It was about representing the feeling behind the tree in McQueen’s narrative,” he says.

The logo has been cast in a semi-circle, which Bunbury designed as an “economical lock-up”. It can also be seen as a representation of the sun and a “positive silhouette behind the image”, he adds.

The typeface is Presicav from Canadian designer Ray Larabie.

Bunbury says that the “cinematic” logo has an “Old Hollywood feel”. “It reminds me of old-school VHS video tapes and has those associations with story-telling and film-making,” he says.

“It has a great sense of nostalgia, positivity and tenderness,” Bunbury adds.

Projects like Lammas Park and the production of Small Axe can create a network for underrepresented talent, according to Bunbury.

The designer had conversations with Tea & Water about the kind of collaborators they wanted to work with, and whether they could showcase creative work from black creatives in particular.

The way a project can “attract allies and collaborators with shared values” in this way is “design activism”, Bunbury says.

“It’s reframing design as just being an output driven methodology and understanding how the process through which we make the work is as important as the work itself,” he adds.

This summer’s international race protests put a spotlight on representation within the design industry. Earlier this year, Design Week explored how the branding world reacted to Black Lives Matter movement and also spoke to designers of colour about diversity within the industry.

Last month, talent agency Studio PI was set up to champion the work of photographers and illustrators from underrepresented backgrounds.

How will the shops of the future be designed?