The shadows of the great pioneers of the Modernist movement still lie heavily over design. With two major shows set to showcase their achievements, Rick Poynor evaluates Modernism’s legacy and influence on graphic design in the UK

British graphic designers have always had an ambivalent relationship with Modernism. The country was slow to embrace the revolutionary innovations of designers, such as El Lissitzky, László Moholy-Nagy and Jan Tschichold. In the late 1940s, 25 years after the arrival of the New Typography, a British arts magazine could still proclaim with a sniff that, ‘Herr Tschichold and his functional asymmetry were really too refrigerated and mathematical to be true’.

In such a conservative climate, champions of Modernism in the era after World War II – such as Anthony Froshaug and Herbert Spencer – had their work cut out, and both designers did much to open their colleagues’ eyes to the need for typographic reform: Froshaug through example as an uncompromisingly rigorous teacher; Spencer through Typographica, his influential magazine. By the 1960s, many tenets of the new graphic design, as practised for decades in Germany, Switzerland, the Netherlands and the US, had been absorbed into everyday British graphics. For most designers, there was nothing ideological about this. Modernist typography was functional and contemporary-looking. Adopting its pure lines and expanses of clean white space was a strictly pragmatic move.

British design has, arguably, been conducting a belated dialogue with Modernism ever since. More widely, there is a continuing fascination with the Modernist project.

Last year, the Arts Council exhibition Avant-Garde Graphics: 1918-1934 toured the country to wide acclaim. This spring sees the opening in London of Modernism: Designing a New World at the Victoria & Albert Museum and, at Tate Modern, Albers and Moholy-Nagy: From the Bauhaus to the New World. Both exhibitions will ‹ include examples of ground-breaking graphic design, alongside painting, architecture, photography, furniture and film.

It will be interesting to see whether these exhibitions exert any influence on the thinking or direction of a new generation of graphic designers. The V&A show concentrates on the years 1914 to 1939 and will include graphic design, collage and prints by Gustav Klucis, Tschichold, Herbert Bayer, Piet Zwart, Karel Teige and Ladislav Sutnar. The last significant wave of interest in this period of Modernism among British designers, given a strong push by Herbert Spencer’s book Pioneers of Modern Typography, began in the late 1970s and lasted around a decade. But the work it inspired is more accurately described as Postmodernist than Modernist. Working within pop culture, designers such as Malcolm Garrett, Peter Saville and Neville Brody referenced, quoted and parodied Modernist originals. Bored with idea-based design’s visual restraint, Why Not Associates infused complex graphic constructions with Modernism’s aesthetic freedom and energy.

While these young designers played a key role in reinvigorating British graphic design, only Brody showed much interest in Modernism’s idealistic purpose. Over time, Modernism became identified as a style purged of ornament, but its real motivation was social and political. The most influential Modernists were deep thinkers who wanted to commit their talents to creating a better world. The unification of art and life, through the medium of design, was a means to achieve this goal. ‘Not the product, but man, is the end in view,’ writes Moholy-Nagy in The New Vision, published in 1928. ‘Ultimately, all problems of design merge into one great problem: design for life,’ he explained. ‘In a healthy society, this design for life will encourage every profession and vocation to play its part, since the degree of relatedness, in all their work, gives to any civilisation its quality.’

In recent years, later developments in Modernism – not covered by the V&A and Tate Modern shows – have held sway in British graphics. Reacting against the visual excesses of Postmodernism, designers returned to the meticulously engineered clarity of Swiss typography in the era after World War II. The undoubted leader, 8vo, which operated from 1984 to 2001, is the subject of a recent monograph from Swiss publisher Lars Müller. Inspired by Wolfgang Weingart, one of the first graphic postmodernists, 8vo displayed a similarly complicated relationship to Modernism. Before the group turned to designing billing systems for Thames Water and Powergen, partners Mark Holt and Hamish Muir engaged in a level of formal experimentation that no other British designers following the Swiss path have matched.

In the 1990s, designers such as Mark Farrow, Cartlidge Levene, North, Spin and, most recently, Sea Design clung to a spare, sans serif aesthetic. Identities for First Direct, Orange and the re-branded channel Five made the style ubiquitous, and it has become the default look for many organisations. The new heroes are Swiss designers, such as Josef Müller-Brockmann, Karl Gerstner and Emil Ruder, and austere Dutch Modernist Wim Crouwel, co-founder of Total Design. 8vo led the way here, by working with Crouwel in the late 1980s on a series of posters for the Boymans-van Beuningen Museum in Rotterdam, where Crouwel was director. Sea mounted an exhibition of Crouwel’s posters for the Stedelijk Museum and Foundry released new versions of his typefaces. 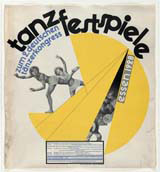 While some recent British work resembles an updated version of 1950s Neue Grafik, the tendency is more accurately termed neo-Modernism. Both the cultural context, and the relationship to its audience, are different from Modernism’s. The peculiar thing about neo-Modernism is the way it simply ignores valid criticisms of late Modernist work, made by an earlier generation of designers, from the late 1970s to the mid-1990s. They rejected Modernism’s claims to neutrality and rationality, viewing it as a sterile corporate tool, particularly in the US. The Postmodernists wanted to invest their work with personal feeling and they tried to involve viewers in more open, less dogmatic forms of communication.

Although the neo-Modernists produce beautiful work, it is vulnerable to the charge that it merely offers a perfect surface, undeniably fashionable, yet lacking in complexity and depth. The end in view, for these designers, seems to be not man, but the product. No guiding ideas about design’s role in society underpin their output. One exception to this trend is Lucienne Roberts of Sans & Baum. Roberts’ approach is rooted in the purified, asymmetric typography of late Modernism, which she applies to editorial projects, such as her book The Designer and the Grid, and to charity work. ‘It seemed to me that Modernism had sorted design out, really,’ she has said. ‘You did not have to decide which typeface every time – obviously, it is Helvetica or Univers, ranged left… I am interested in clarity and access, so the fewer excrescences to clutter the page the better.’

The early Modernists believed that Utopia was attainable. By the second half of the 20th century, few subscribed to such dreams any more. In the Postmodern 1980s, even cultural progress seemed to have stalled. Art was repeating itself and design followed suit. For the Modernists, technology was supposed to drive progress and this idea, too, had been called into question. At a time of immense technological change, can we resuscitate this faith in technology? Do we have fresh ideas about design’s role to back it up? That’s certainly one way for designers to explore the two exhibitions.

In another sense, though, anyone working in graphic design is already a paid-up Modernist. In 1925, in an essay titled Typophoto, Moholy-Nagy argued that modern communication depended upon bringing typography and photography together in a new dynamic union. ‘Typophoto is the visually most exact rendering of communication,’ he writes. It was a fundamental insight. Without it, there would be no such thing as graphic design as we know it.

Albers and Moholy-Nagy: From the Bauhaus to the New World runs from 9 March to 4 June at Tate Modern, Bankside, London SE1