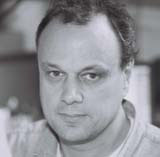 Including royalty payments as part of your agreement with a client is a sensible way of boosting designers’ income, says Russell Lloyd

According to a recent Design Council study, The Business of Design, only 3 per cent of design consultancies currently receive royalties from intellectual property rights, receiving their income from fixed fees or day rates instead. In the same study, just over half of all consultancies believe their clients value design highly. If you include clients who value design work moderately, this figure rises to 83 per cent.

Does that mean that we are stuck in perpetuity as jobbing designers, always reliant on the next project coming through the door and unable to profit from successful, completed projects? Probably. But, in part, it’s our own fault if we don’t negotiate some form of success-based reward over and above our usual fees.

Maybe this is because it’s not the done thing or it’s difficult to correlate our work to the success of a project, but that shouldn’t stop us from trying. It has become ever harder to raise fees or day rates; clients are under growing budgetary pressures themselves, so an obvious answer is to push for reward where we have clearly made a positive difference.

There are several different combinations of reward mechanisms that exist, including royalty only, part fee/part royalty, or some form of share ownership.

My experience of the first type is one of relative failure. Royalty agreements, by their nature, are risky and, even if successful, may not generate cash until several years after the work has been completed. From the design consultancy’s point of view, such projects take second priority: no fees equals no cash now equals less commitment. Deadlines drift and work has to be fitted in around other fee-paying projects. Clients may also feel less pressure to commercialise the end result than if they were paying fees.

If you’re going to undertake this type of work, you have to take it seriously from the start. Find out why the client wants to go down the royalty route. Is it because they’re a start-up business or are having financial difficulties? It costs less than £2 to get a set of on-line accounts from Companies House. If you’re happy that the project is viable and the client is financially stable, you need to ask for a level of royalty that’s both legitimate and fair. How do you estimate this?

Where the item in question is tangible, such as a product, take a look at the client’s business plan or client sales/cost estimates. If realistic, you can gauge probable sales volume and the likelihood of success. Then you need the value of the item – for products, the factory cost of the item delivered to the door of the retailer.

The final element is calculating the percentage royalty to apply. How much would you charge if this were a fee-based project? Cash may not come in for years, if at all, so make sure the end result acknowledges the risk and is a multiple of the equivalent fee figure.

Royalty percentages in the product area start very small and go up to 5 per cent, depending on the volume of likely sales. I have also seen • Get a watertight contract drawn upseveral examples of reward mechanisms for graphics projects based on a pre-agreed success criteria – a percentage is then paid relative to how you measure up to it. Again, make sure you go through the right procedures and check the possible returns that this agreement might yield.

Finally, you need to get a contract drawn up. At a minimum, make sure it covers the right to have an independent inspection of your client’s figures. Don’t forget to ask for regular payments once the royalties start to flow and include a clause that reverts the intellectual property rights back to you if the project isn’t commercially exploited in, say, three years. Or else set a target royalty figure. If the results are less than this, the IPR is yours to take elsewhere. The length of agreement and its termination are also important and should be based on an idea of life of the product or service; five years would usually be regarded as a minimum.

Clearly, the best form of agreement is one where there is a combination of cash (fees or advance royalty payments) and actual royalties. This means that you have some cash to pay salaries and a ‘cash cow’ upside if the project is successful. Costs are covered and a real share of profits could, for once, be yours.

Dick Powell always says you don’t go into design to get rich – hopefully this method of working might redress things (a bit). We’ll all be able to afford a castle soon.

• Royalties are often used in part payment of product design projects, but can also work for 2D design like graphics

• Determine the period over which it will run