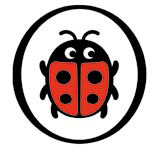 Iconic children’s publishing imprint, Ladybird, is to launch a redesigned visual identity in an attempt to reach back to the 1970s heyday of the brand.

The Pearson-owned publisher appointed design consultancy OTM, following a three-way pitch last year, to revamp the primary Ladybird marque and branding guidelines. The decision to redesign the identity came after market research showed that the strength of the brand has waned since the 1960s.

‘Ladybird used to have a very strong brand in the 1970s, but it lost that feel when a new identity was introduced,’ says OTM head of design Shaun Le Gassick. ‘We looked at how we could pour some of the iconic strength from the heyday back into the brand.’

The redrawn marque reinstates the oval holding device from the first hardback books. The ladybird symbol is redrawn as a ‘friendlier character’ with more personality – a design simpler than the original diagrammatic ladybird drawings. According to Le Gassick, the design presents the character of a friend who can guide children through learning.

Under the design guidelines drawn up by OTM, the logo moves from the bottom left of the book jackets, returning to its original position in the more prominent top right hand corner.

Le Gassick says that the marque is powerful enough to communicate the brand without the need to spell out the name in text on the covers or spines of the books.

The publisher’s website will also be redesigned, although the project has not yet been awarded to a consultancy.