Design Bridge has created a new visual identity for Hamburg beer manufacturer Holsten, which seeks to return the brand to its “honest, hardworking roots”.

Holsten was founded in 1879 and is now owned by the Carlsberg group. Design Bridge London creative director Mike Stride says the visual update was about bringing the beer to younger audiences. “It looked like something their dads or grandads might drink,” he says. “They wanted to add the character back into it.” 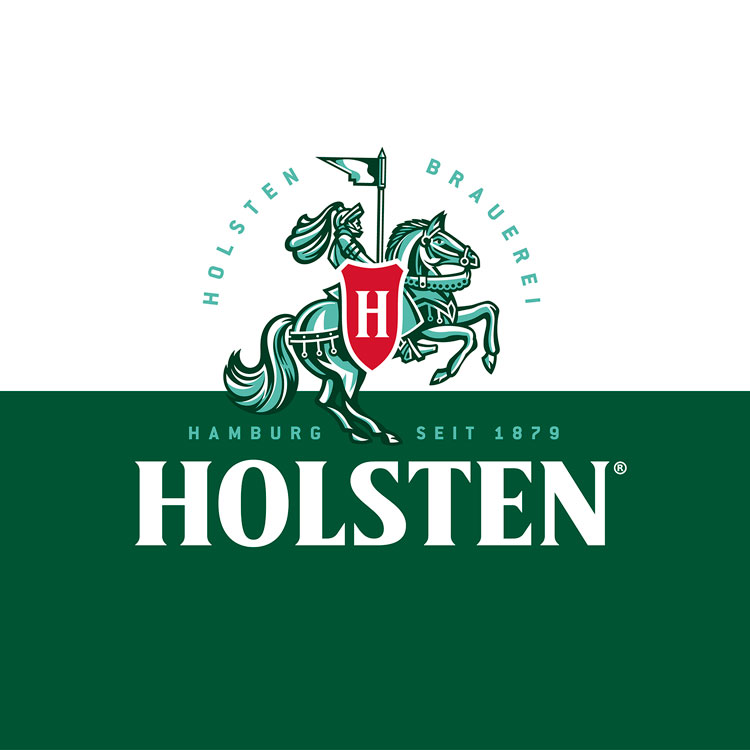 The beer’s local reputation has declined in recent years, Stride says, as its “perception had shifted to a more industrial, mass-produced beer.” “Our challenge was to refresh the brand for the contemporary market without alienating its existing loyal consumer base.” 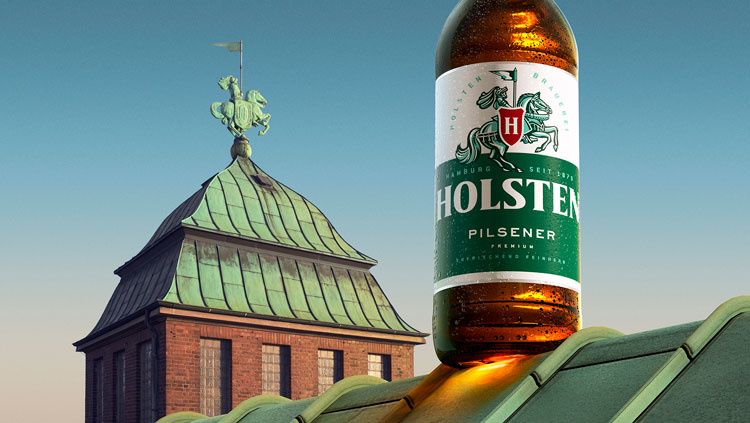 The design team travelled to Hamburg to visit Holsten’s brewery. “It’s a little run down but it’s got an amazing history to it,” he says. The “most iconic” part of the building is a knight statue atop the brewery tower.

The heart of the identity is Holsten’s knight icon. Over the brand’s history, this asset had become “lost” owing to an “over-polished, mass-produced design approach”.

The most notable shift is that the knight now faces a different direction. This is an attempt to show a more “progressive, flag-bearing beacon of leadership”. It had also been turned into a “warrior heading into battle” with a sword. The sword has been replaced with a flag, so that he’s a “symbol of the people”. The knight has also increased in size on packaging. 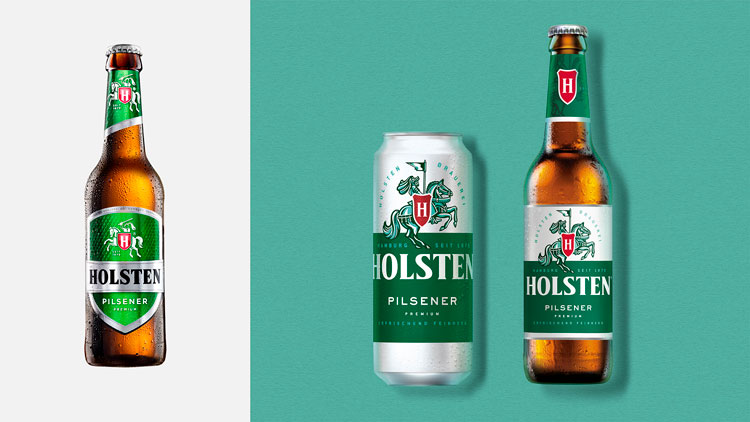 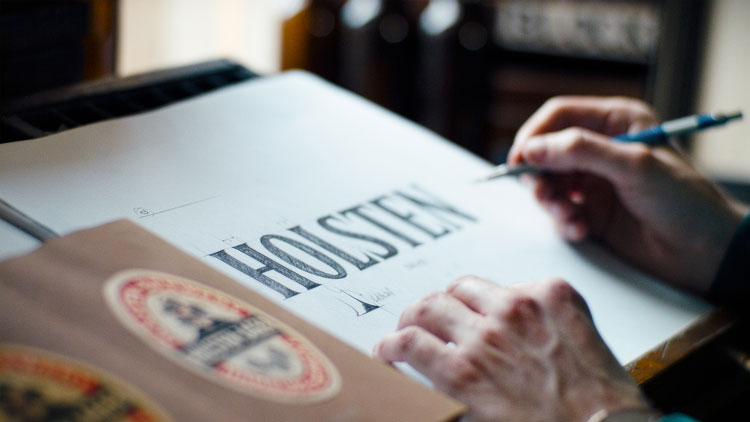 The elevation of the knight has been supported by the addition of a “refreshing” teal shade to the colour palette, which is a reference to the oxidised copper of the knight statue atop Holsten’s brewery tower. “We’ve woven these details back into the icon so there’s a lovely tactility into it.”

The teal also helps to break up the “sea of green” that is present on many international beer brands, Stride says. It also gives the brand more “ownability” of the identity.

Given its heritage, Holsten was “sensitive” to updates to its identity, but Stride says that the team trialled designs with workers at the brewery. “They were a brilliant guide on what was the right level of change,” he adds.

Design Bridge has also created a new wordmark, inspired by Hamburg’s “rich” architecture as well as Holsten’s archival typography and labels found at the brewery. This branded merchandise included artwork on walls as well as previous bottle designs.

Design work has been carried out on packaging across the portfolio, as well as on merchandise such as glassware, beer lenses and coasters. 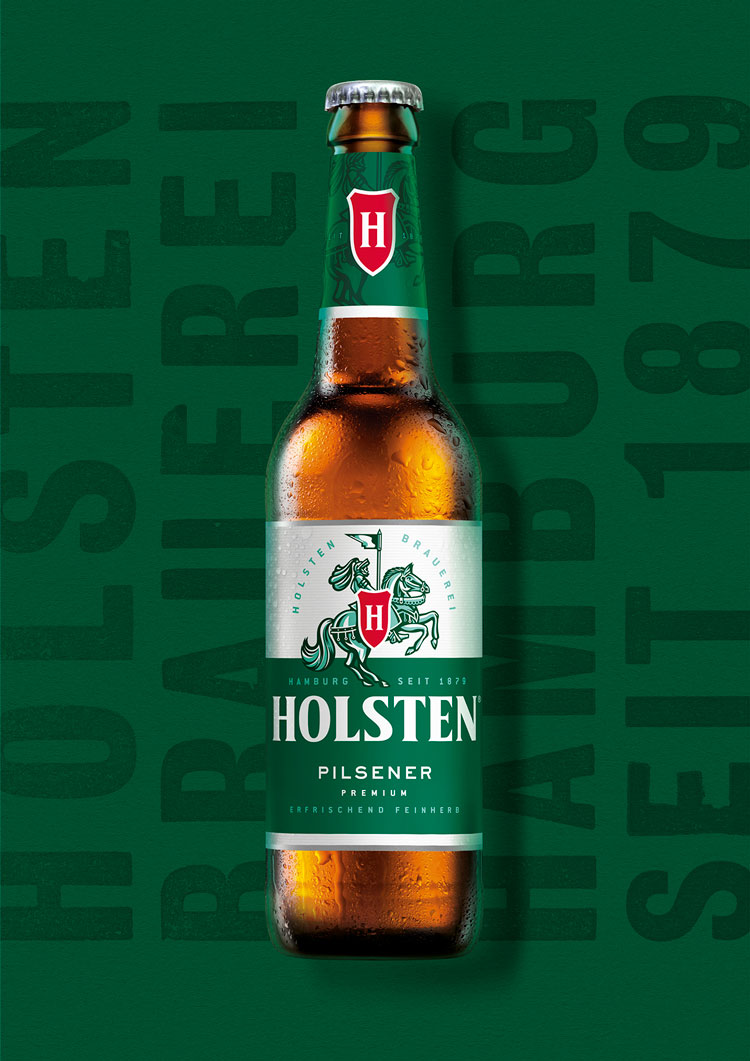