Snask has completed the branding for a new beer by Pang Pang brewery, with the intention of making it look “cheap” and “cheesy”.

Tunedal wanted to highlight the processes of big, commercial breweries by intentionally making a “cheap, adjunct” beer that was as “boring and bland as possible”, says Fredrik Öst, creative director at Snask. 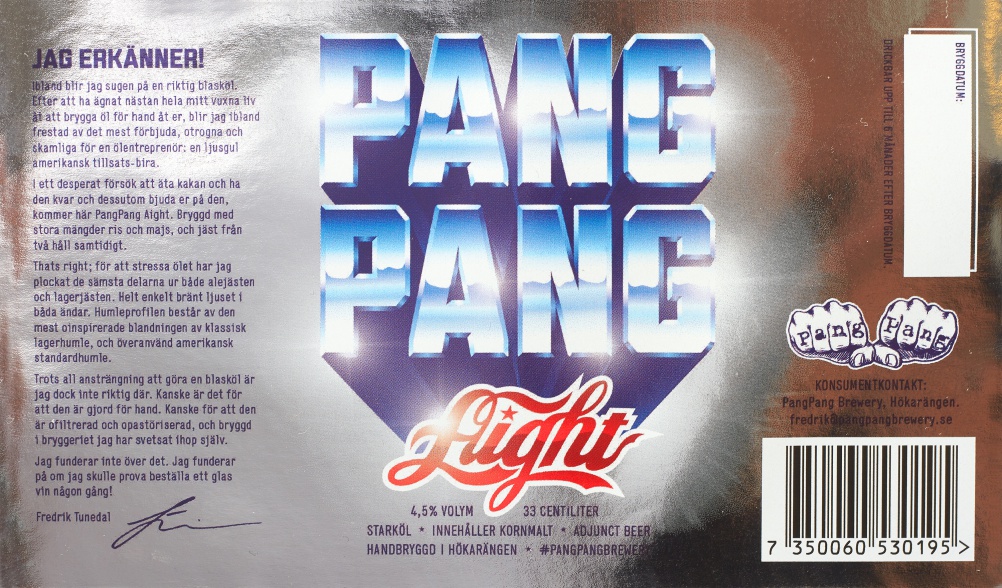 The company commissioned the consultancy to brand the beer as “cheap” and “light” as a result,Öst says. Snask created the name Pang Pang Light.

The consultancy was not allowed to label the beer “Light” due to Swedish alcohol laws, so instead it created a typographical illusion, using the word “Aight” to allude to “Light”.

“As the beer was meant to be an adjunct light beer, we wanted the design to reflect the taste of just that,” Öst says.

He adds that the consultancy, which was inspired by US brands of the 1980s, used “cheesy” chrome metallic typography, bold colours, and a “wink to bigger drinks brands” with the inclusion of the word “Light”.

He says: “There is something quite romantic about a cheap light American lager, so we wanted to push the kitschy, stereotypical look and feel.”

Adjunct beers are made from unmalted grains or grain products, instead of core ingredients like malted barley, usually to cut costs.

“Tunedal did horrible stuff to the yeast to stress it,” Öst adds. “The problem is, the beer has actually been a success so far.”

The visual identity has been applied to point of sale products. The Pang Pang Aight brand is currently only available in Sweden, Norway and Denmark. 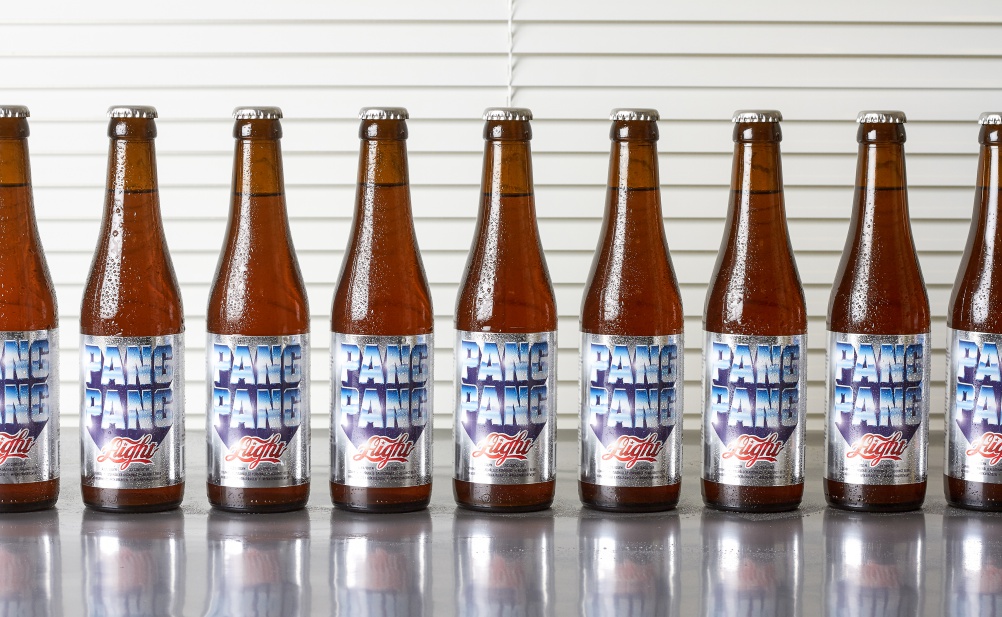 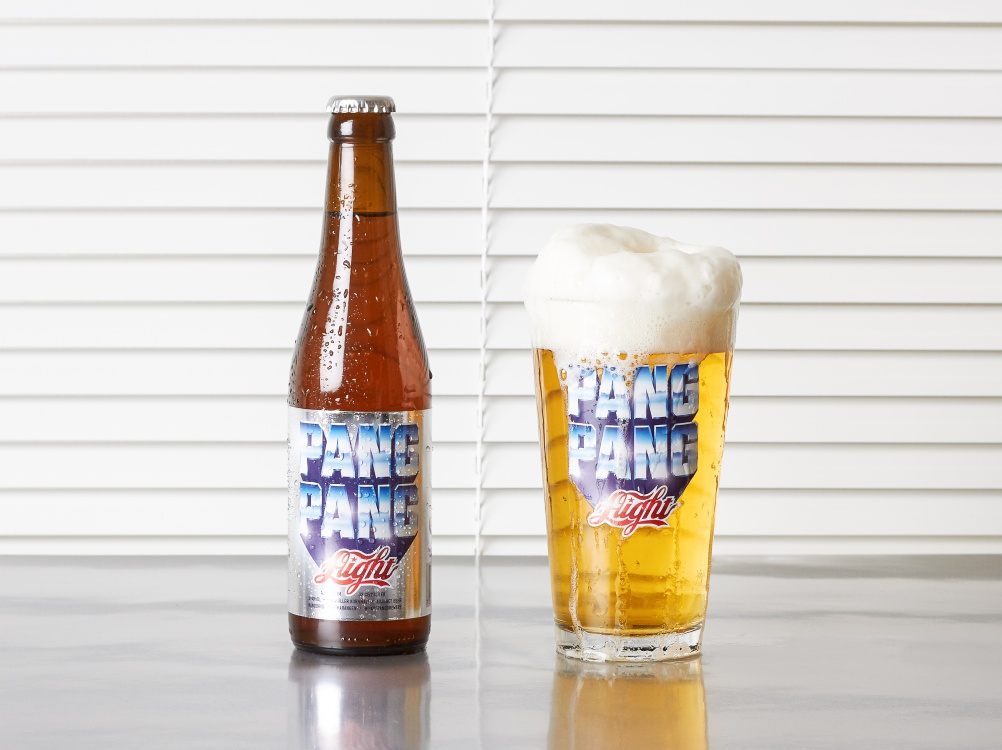 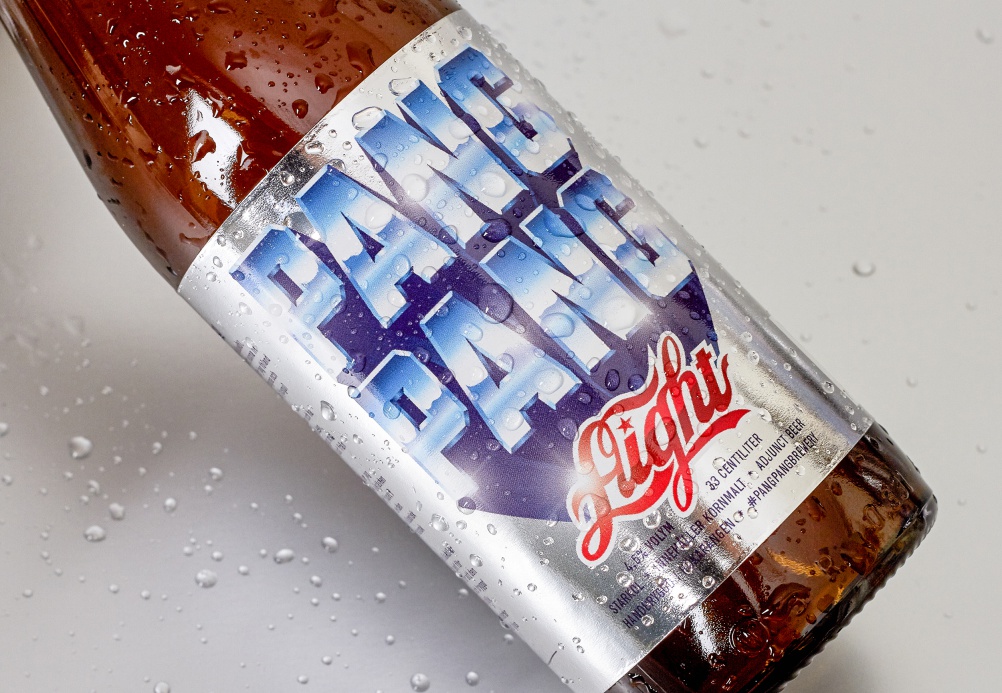 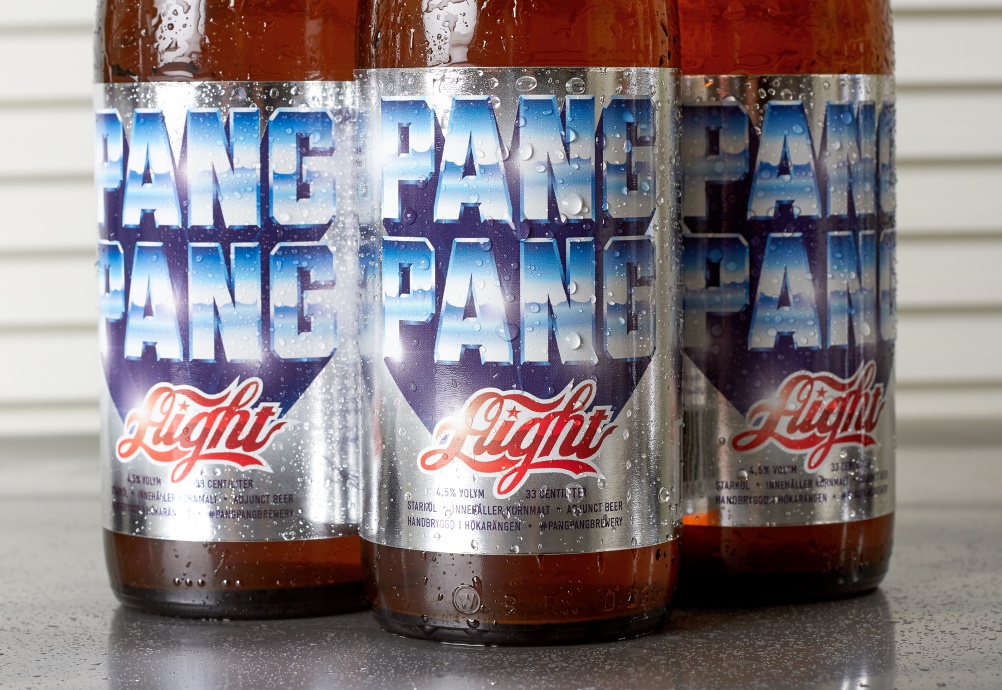