Templo has created new visuals for Crowdfund London, an organisation that matches grant funding for civic projects in the capital.

The London design studio has created an illustrative identity for the organisation and its research, which includes printed material and a campaign film. 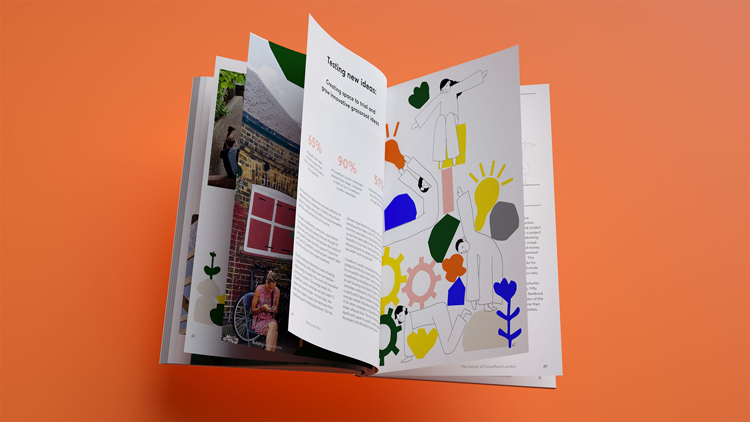 Developed and supported by the Mayor of London, Crowdfund London aims to develop civic projects such as community gardens and local socially-inclined start-ups.

Incubation agency Nesta recently conducted research for Greater London Authority (GLA) about the impact of Crowdfund London. Part of Templo’s work has been to design the report for this research. 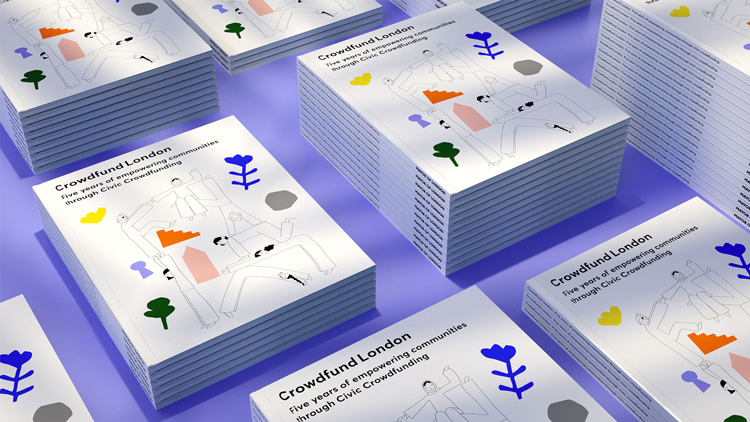 “Reports of this nature are normally stuffy and cold,” says Templo co-founder Pali Palavathanan. He adds: “We wanted the identity to reflect the diversity of the very people that the funding has helped and mirror the multi-cultural identity of London.”

One challenge for the work was balancing the needs of both GLA and Nesta and “create something unique with more energy”, he adds. Both organisations were keen to avoid a “sterile” identity, the designer explains, as the research is centred around community.

The hand-drawn illustrations were a way to represent the different cultures in London, according to the designer. This element also reinforces the “inclusive nature of the Crowdfund London platform”, he says. 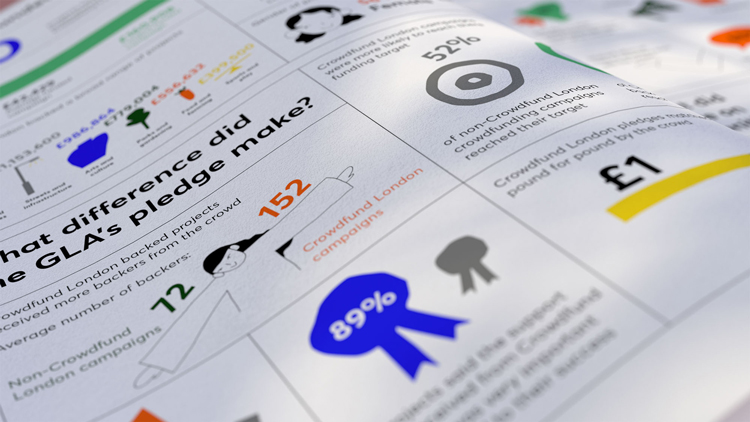 The illustrations depict people working together and have been complemented with a “fresh colour palette and simple typography”, he says. These illustrations can also be animated.

The designs have been “built around the core themes in the research”, Palavathanan says, which include rights to self determination and the initiatives which help to give opportunities to British Bangladeshi women”.

He adds: “The illustrations had to work hard to convey complex themes in a simple and engaging way.”

“Those that want to dive deeper can go in-depth in the report,” he says. “The data in the report is quite dense and so the illustrations are intentionally playful in how they interact with the content.”

A series of supporting social media assets have also been created for the roll-out. “More digestible” data graphics have been pulled out for these, Palavathanan says, as well as for the brand film. 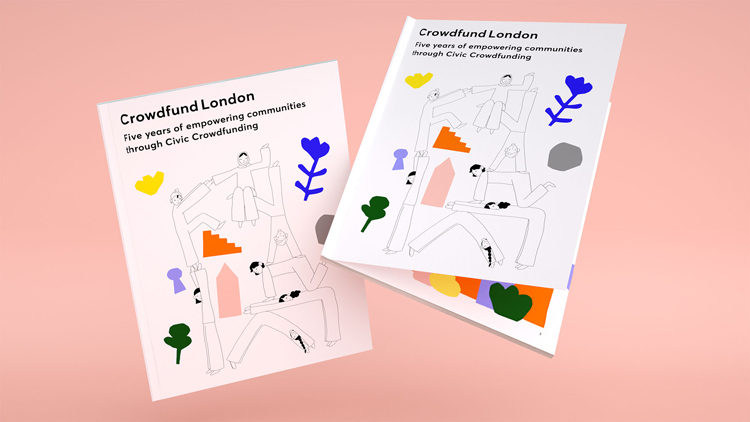