D&AD New Blood has released its line-up of student briefs for 2017, which include briefs by John Lewis, The British Army, Adobe and Amazon.

The 16 briefs cover disciplines including design, illustration, copywriting, campaigns and film, and invite people working in the creative industry aged 23 and under to enter their ideas. This also includes current students and those within two years of graduation.

They include creating a series of posters or prints for Adobe, creating editorial content for AmazonFresh delivery service, creating a product to bring John Lewis in line with people living in the city, and designing digital applications for the BBC to advertise Edinburgh Festivals.

Other briefs include designing a party or board game for young adults that takes them away from digital screens from Hasbro, and to create a campaign to challenge the stigma of autism for the National Autistic Society.

Paul Drake, foundation director at D&AD, says the topics are “tough, real-world briefs” designed to be “both challenging and demanding”.

“This year, they feature a mix of topical ideas and craft-based briefs, and encourage creatives to hone their skills, test their abilities and show why those already in industry need to be looking over their shoulder,” he says.

Visual identity by The Beautiful Meme

The campaign for this year’s awards has been designed by The Beautiful Meme, which has worked with D&AD on various projects including its new visual identity launched earlier this year.

The first ever D&AD Awards in 1962 saw 16 pieces of work picked from 2,500 entries and were awarded with Yellow Pencils. The D&AD Student Awards for young creatives then launched in 1980, and was renamed New Blood in 2014.

The programme aims to “inspire the next generation of creative talent”, alongside encouraging the creative industry to produce sustainable designs, according to D&AD.

The deadline to enter is 5pm on 22 March 2017. The entries will be judged by a panel of industry judges, and the winners will be announced at the D&AD New Blood Awards ceremony in July 2017, and awarded small versions of the Wood, Graphite, Yellow, White or Black Pencils.

To see the full list of briefs and for more information, head here. 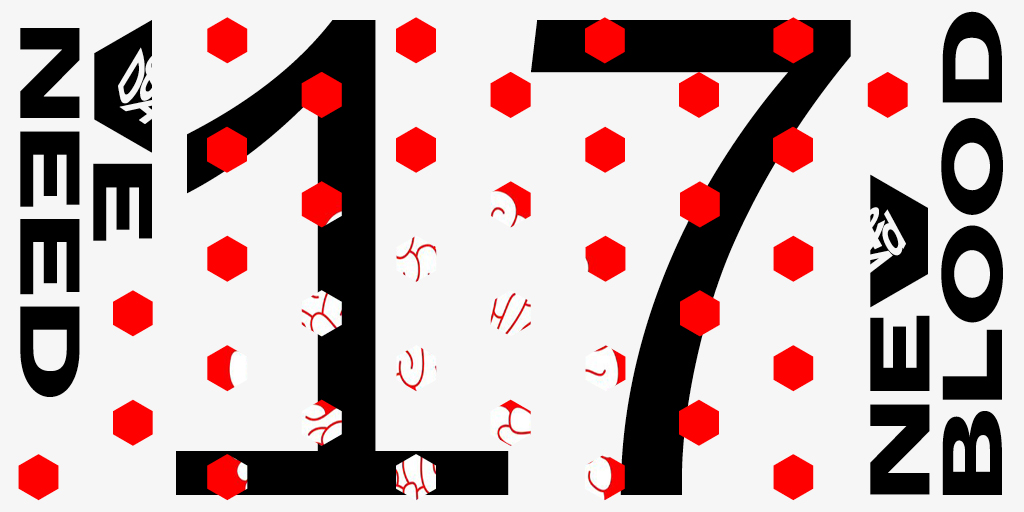