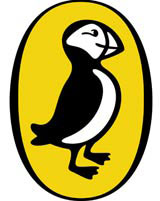 Pentagram has redrawn children’s publisher Puffin’s ‘unpopular’ marque, its first redesign for 40 years, to align it more closely with its parent Penguin brand and reflect a focus on new authors at the imprint.

The refreshed logo will be unveiled to the public in the summer as part of The Great Puffin Bookjam event and will start to appear on books from the autumn.

Pentagram had initially been appointed to update the Penguin identity and create corporate guidelines. But the work revealed that the company’s imprints such as Puffin also needed looking at, says Puffin managing director Francesca Dow.

‘None of us had liked the Puffin for quite a while,’ Dow says.

The company is shifting its focus on to new publishing more aggressively than it has done in the past. ‘It’s a slight change of direction, but we’re still concentrating on our backlist,’ explains Dow.

The Penguin marque is ‘not noticeably different’, but the new Puffin logo is ‘a significant change’, she adds. It retains its yellow background, but now ‘bears a stronger resemblance to its ornithological roots’, with a more curvy body.

The updated puffin has been given ‘more volume’, says Pentagram partner Angus Hyland, who redrew the marque.

‘The existing logo was flat like a playing card and had an Eastern European quality. We’ve got rid of the round staring eye and made the Puffin more friendly but kept its authority – it’s a corporate marque after all, not a mascot,’ he says.

A Penguin spokeswoman says the company does not know who designed the 1963 Puffin logo. Pentagram was appointed to the Penguin project in July 2002 without a pitch.