The Max Museum, a tribute to Swiss avant-garde designer Max Huber, is a work of art in itself, with unique architecture that accentuates the graphic elements inside. Clare Dowdy looks at how the classic white cube is being redefined

The Swiss have a penchant for private museums, and they’ve certainly got the architects to build them.

The latest venture is in the Swiss-Italian town of Chiasso. The Max Museum is – in part at least – a homage to graphic design. Founded by Aoi Huber Kono, it is in remembrance of her late husband, the Swiss graphics pioneer Max Huber.

The museum, which opened last weekend, houses a permanent collection of Huber’s work, as well as large temporary exhibition spaces for creative pursuits as varied as architecture, photography, video art and sculpture.

Despite its name, it was never conceived solely as a Huber-fest. The ‘M’ of Max stands for museum and multimedia (as well as Max Huber), the ‘A’ for art, avant-garde and architecture, and the ‘X’ is intended to suggest that the museum is open to all disciplines of visual and applied arts.

Huber was an important figure of the Swiss avant-garde movement, even though his following outside Switzerland has waned. The Huber.Kono Foundation sees the museum as an appropriate showcase for Huber’s archive that is consistent with the ethos of his work, as well as a window to present future developments in the applied arts. Like many talented designers, Huber was happy to hop from one discipline to another, be that industrial design or painting. Huber’s own work will comprise the museum’s maiden exhibition and will be followed by a show of video art.

So the building has to work for a variety of exhibit types. Guglielmo Gigliotti, a member of the museum’s committee, says, ‘There are so many languages of art, the museum must be very neutral.’ To that end, it is a big, white cube, full of light.

As Aldo Nolli, director of local architect Durisch & Nolli, puts it, ‘We tried to design a simple structure, with bright and spacious spaces, neutral and plain, to better highlight the displays.’ 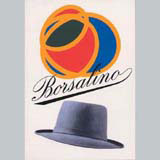 An unusual amount of daylight is allowed to creep into the exhibition halls. Durisch & Nolli has put in a double-height glass façade, with vertical shades inserted between the two layers to filter the light. ‘The viewer is aware of the light source, without feeling disturbed by it,’ says Nolli. ‘With a simple daylight solution, we have a very diffuse light in the whole space.’

The architects see the space between the two façade layers as a showcase for the museum towards the city. Appropriately, the architecture functions as a transparent springboard for the graphic elements of the exhibition. ‘This space will change in time, depending on, or according to, the contents,’ says Nolli. ‘It should be conceived by the artists whose work is being exhibited at the time, in the museum. So the building’s expression will be renewed, in time, and designed by different people.’ Though, for the opening, ‘the façade (and the building’s expression) is still white, like a bride dressed for her wedding,’ he adds.

Similar to the daylight solution, the exhibition halls’ artificial light is kept very simple. ‘The fluorescent light system is positioned unobtrusively on the ceiling. It shines from the same direction as the daylight and can be dimmed, so daylight and artificial light can integrate completely with each other,’ explains Nolli. Meanwhile, the ceiling’s electric rail-system means any kind of single light can be positioned to highlight selected objects.

As a home for graphics, the Max Museum looks set for a fitting future, and it’s a nice-looking building to boot.

For anyone who hasn’t come across Josef Müller-Brockmann, Carlo Vivarelli and Richard Paul Lohse, then Max Huber is also likely to be a stranger.

But these designers were pioneers in the early Swiss avant-garde movement – the influence of which can still be felt today, particularly in the studios of North, Sea, Cartlidge Levine and 8VO.

Huber was a member of the Swiss School, which, before and during World War II, built on the Bauhaus movement to create a modern form of graphic design known as the International Graphic Style. Its ideas spread around the world and its typefaces, such as Helvetica and Univers, became big hits.

Huber was born in 1919 in the Swiss town of Baar. After graduating from Zürich’s grammar school of arts and crafts, he worked at the publishing house Conzett & Huber. There he met two other important Swiss designers – Max Bill and Hans Neuburg.

After a stint at Studio Boggeri in Italy, he returned to Switzerland in 1942 and joined Allianz, the Swiss association of abstract and concrete artists.

He went back to Milan in 1945 and became responsible for the entire graphic output of the Einaudi publishing house.

From the 1940s to the 1960s, he created the graphic communications and identities for a string of Italian and Swiss businesses, from the hat company Borsalino to the Rinascente department store, which still use his graphic identities today.