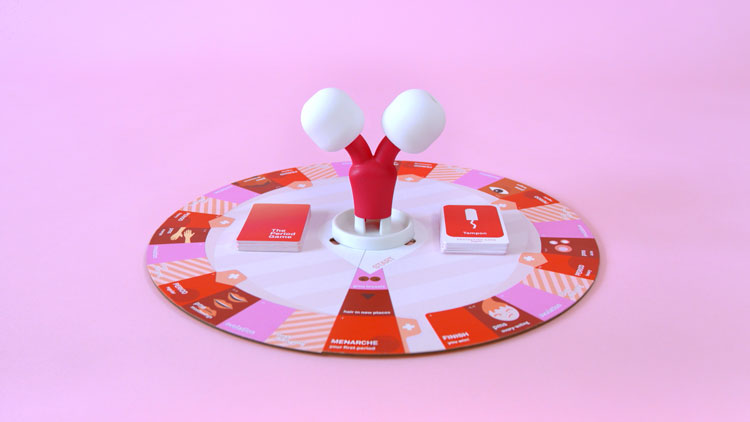 A new board game has been designed with the goal of removing the stigma around periods and offering a “fun way” of teaching young people about menstrual cycles.

The Period Game has been co-created by Daniela Gilsanz and Ryan Murphy, who came up with the concept while they were students at Rhode Island School of Design in the US four years ago.

“Initially, our classmates were a little uncomfortable, which surprised us, as we were all in our 20s at art school,” Gilsanz says. “It proved that there was still a long way to go in how we talk about periods.”

The players “became more comfortable” with the topic as gameplay continued, she adds, which made the designers realise the potential the game had in breaking the taboo around the topic. 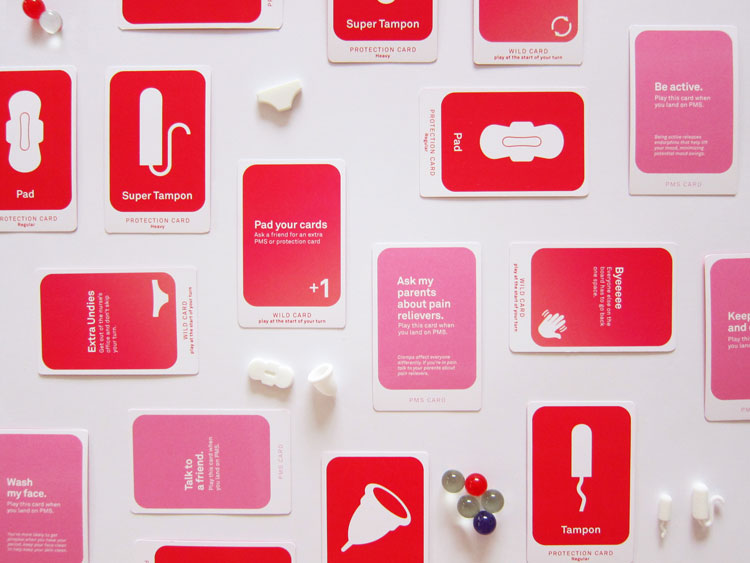 Targeted at young people of all genders who have not yet hit puberty — as well as anyone “who feels they could learn a little more” — the designers hope that the game will help players “gain a better understanding” of periods.

While the game aims to be “fun and engaging”, Gilsanz hopes it will also spark some “much-needed conversations” around the topic of monthly cycles.

The Period Game consists of a circular game board with a centrepiece that represents a female reproductive system, 24 marbles which are red, purple and clear-coloured and player pieces shaped like tampons, pads, underwear and a menstrual cup.

Gameplay involves twisting a three-dimensional (3D) ovary to release a marble to start a turn — with a red marble representing a period — and then moving a piece around a board.

The aim of the game is to be the first person to make it all the way around and become a “period pro”, having learned about the menstrual cycle and period products along the way.

The board is split into four different sections which represent an average four-week menstrual cycle; “just hanging” at the start of the cycle, ovulation when an egg is released, premenstrual syndrome (PMS), which can cause physical and emotional symptoms, and menstruation, when a period takes place.

A variety of cards can be played throughout the game, which include period protection cards featuring images of tampons and pads; cards on the topic of dealing with PMS, which suggest ways to counteract symptoms; and wild cards.

“It’s pretty much impossible to play the game without saying ‘period’ or ‘tampon’ — this means, when people say them again in real life, they will feel like more familiar words,” Gilsanz says. 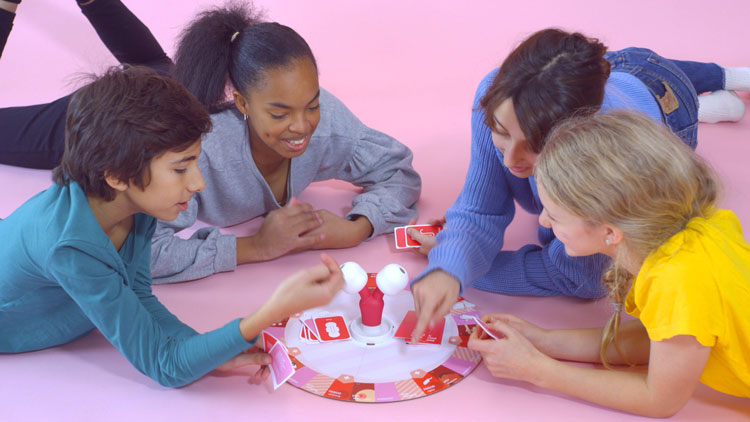 The game has been designed in “different flesh tones and menstrual colours” and a circular board has been used to “represent the cyclical nature of the menstrual cycle”, she adds.

The illustrations on the board have been designed to be “bold and pop [out], yet accurate and informative,” says Gilsanz, while the 3D reproductive system centrepiece aims to offer more “tactile interaction” and make the game more “memorable”. An educational booklet also accompanies the game.

A Kickstarter campaign has been launched to fund the first production run of the game through pre-orders and donations, with the goal of getting it into schools in the US, as well as selling it to individuals.

More than 200 students across several schools have tested prototypes of the game, Gilsanz says.

Schools will be able to buy the game, but the Kickstarter campaign also offers an option for people to gift a game to a school, which would enable some schools to get it for free. Follow the campaign here. 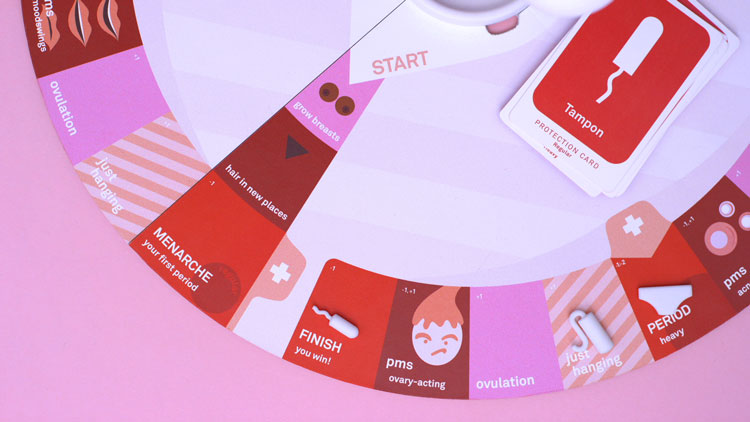 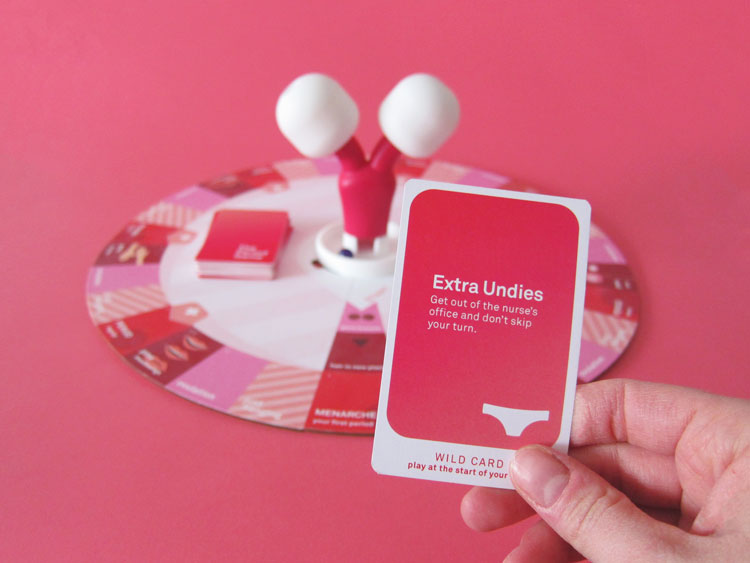