“John worked so, so hard,” says Jo Prior, managing director at Penguin General. “Creative ideas poured out of him all of the time. He had this box by his desk that was full of torn-out clippings from magazines and newspapers, typefaces he liked and beer bottle packaging, a physical scrapbook of things that would stimulate his imagination. Alongside the shock of his death, there has been the most extraordinary outpouring of love, admiration and respect for him.”

Prior’s words are about the late John Hamilton — Penguin’s art director for over 20 years, who helped bring the books of authors like Zadie Smith, Will Self and George Orwell to life with beautiful, clever and eye-catching covers. Hamilton died suddenly aged 55 last week, and is survived by his wife Claire and two children, Angus and Sadie. 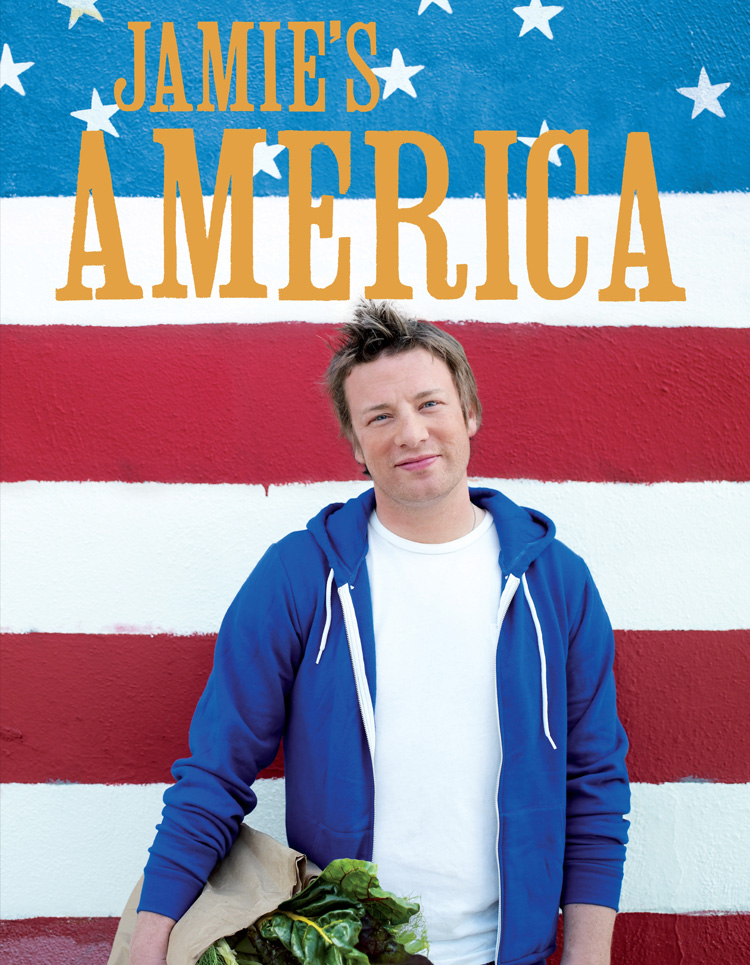 Working across a broad range of categories including fiction, non-fiction, historical, popular culture, biography and cooking, Hamilton had his fair-share of high-profile clients; over the course of 21 years, he took pleasure in art-directing books written by chef Jamie Oliver, forming a friendship with the self-named Naked Chef, while fulfilling his own love for cookery books in the process.

Testament to their close relationship, was Oliver’s heartfelt post on Instagram last week: “What a sad, sad loss,” he said. “He was a great, true friend to me and one of the country’s best art directors, who dedicated so much to bringing new design talent and photographers to the [fore].”

Hamilton’s willingness to give space to up-and-coming artists, designers, illustrators and photographers is a sentiment shared by many people; the best example of this is his work on the Penguin Essentials fiction collection, where he went about commissioning an array of different creatives to transform modern classics from 20th century authors such as George Orwell and Anthony Burgess with unconventional, modern cover designs.

The reimagined collection, which was born in 1998 out of an initial redesign project of 10 classic titles, took on a life of its own, with Hamilton broadening out the scope of illustration to professionals including covert graffiti artist Banksy, tattoo artists and fashion designers. Through doing so, he was making a statement that great art and design is not only confined to art schools and professional designers, but instead implored people to seek creativity everywhere.

“He was a natural at spotting talent, then knew how to nurture and encourage it,” says Prior, who was Hamilton’s boss at Penguin for 10 years, and worked with him for nearly 30 years in total. “He used the [Penguin Essentials] series to bring design talent in from outside of publishing, from the wider world. That’s something that characterises John and how he worked.”

Despite his knack for seeking design originality outside the realms of education, Hamilton himself had a relatively traditional route into design. Growing up in Glasgow, Scotland – and “never losing his thick Scottish accent,” says Prior – he went on to study illustration at the prestigious Glasgow School of Art. After graduating, he moved down to London and got a job at publishing house Reed as a junior designer in 1990, then worked his way up through the ranks to art director over seven years.

He moved to Penguin as art director in 1997, and kickstarted the redesigned Penguin Essentials collection one year later, sparking a revolutionary change in how Penguin was packaging up and presenting its books.

Speaking to Design Week last year about the new approach to book cover design, Hamilton told us: “I looked at what had been done before at Penguin and it was a bit dry and traditional; it was using the same design consultancies and I don’t think it was moving its market on.”

“I thought about the young people who wanted to buy these books, and the sort of things they were looking at — magazines, fashion, graffiti and tattoo artists — and that’s where my inspiration came from.”

One of the unsung artists that Hamilton helped to bring into the spotlight was now globally-acclaimed activist and designer Shepard Fairey, best known for his Barack Obama “Hope” poster. The art director commissioned Fairey in his early days as a standalone project, separate to Penguin Essentials, giving him the chance to recreate the covers for George Orwell’s classic novels 1984 and Animal Farm, a job that grew the artist’s profile and career.

Hamilton’s ability to showcase great design extended beyond classic, 20th century fiction, too. He also helped to make the work of brilliant, up-and-coming authors in the 2000s more recognised through arresting covers; a colourful interpretation of Zadie Smith’s debut novel White Teeth, followed by the distinctive, typographic and graphic cover styles of her later novels N-W and Swing Time, no doubt helped to catch readers’ attention as she was making her mark as an esteemed novelist.

At the other end of the spectrum, striking photographic covers for non-fiction works by historians such as military expert Antony Beevor, and stark, bleak hand-drawn fronts for lyric anthologies by musicians like Nick Cave helped to propel more niche publishing to the mainstream and make specialist genres more palatable.

Mary Mount, a publisher at Penguin General, who worked alongside Hamilton, her picking out authors and him visual artists, adds on his role as a curator and mentor: “John had an unerring eye for talent and was immensely inspiring to the brilliant young designers he hired, guiding their early work. He had a wonderful inner confidence but seemed to be without ego – always giving credit to a designer, writer or artist when due.”

Hamilton’s ability to be pragmatic, fair and diligent as well as play the creative mogul archetype comes up again and again from those who worked with him. His boss, Prior, also says that he was “completely without ego” in the way he worked.

“He would present his work and advocate for a particular design but he was always ready to surrender it to another person, whether that was an author or a conservative retailer that would be selling the book,” she says. “He cared very much that books should work in the market, and completely understood that book publishing was a business. That ability to do both really marks John out.”

While those working with him say the art director was always open to compromise, there was an element of lone-wolf, “creative genius” about him. Laughing, his boss Prior remembers his vivacity, independence, tendency to play by his own rules, and how his personable nature turned all these qualities into charming traits.

“John was good fun, full of stories and interested in lots of things,” she says. “He was a massive foodie, and loved French culture, given that his wife Claire was half-French. He loved his children, Angus and Sadie, he was very proud of them.

“But I don’t want to paint him as a saint – he could be exasperating! He was totally ungovernable and protected himself from being managed by being slightly secretive about his processes and schedule.

“I was John’s boss, as much as anyone could be John’s boss,” she adds. “My main job was to persuade him to take his holidays and support him wherever I could. He was entirely himself — he did things his way, and we all loved that. Me and him had a huge amount of mutual respect.”

Hamilton’s maverick — and sometimes infuriating — ways made “working for John an adventure”, adds Jon Gray, a graphic designer and long-term close friend of the art director, who also worked under him in the past.

“John has been many things to me over the past 25 years,” he says. “Boss, friend, mentor, tormentor and hero. His willingness to take chances on people made him unique, rather than finding the quickest route possible, which is often what happens in a pressurised environment like publishing.

“Coming up with something John liked was the best feeling, somehow worth that little bit more than other approvals,” he adds. “To work for John was to know that you were there for a reason, that you had value. Consequently, all of his ex-department members keep in touch — he helped foster trust and friendship.”

Perhaps this combination of natural creative flair and likeability is what makes so many of those who were close to Hamilton speak so highly of him. Novelist and screenwriter William Boyd, who worked with Hamilton for over 20 years and who just last year released a new book under his artistic jurisdiction called Love is Blind, sums it up simply as: “It was a unique collaboration between author and designer made all the easier because: a, he was so good, and b, he was such a nice guy.”

“The designs he came up with just got better and better,” he adds. “His cover for the hardback version of Love is Blind is the most beautiful of my book jackets, in my opinion. It seems impossible and unbearable that he won’t be here to work more magic.”

John Hamilton died on 10 February 2019 aged 55, and is survived by his wife Claire, and two children, Sadie and Angus, aged 19 and 16 respectively.

Read our interview with John Hamilton here, on how he brought to life the Penguin Essentials collection over 20 years.