A temporary installation that allowed children from the USA and Mexico to “connect playfully” across the border wall has been chosen as the best design of 2020.

Teeter-Totter Wall won the overall prize at the Beazley Designs of the Year, which opened at London’s design museum in November 2020. The annual awards seek to showcase the most innovative designs of the previous year – there are categories for graphics, digital and transport design among others.

The Mexico-US land border is the most frequently crossed in the world, with around 350 million documented crossings annually.

It’s also been highly politicised. Outgoing president Donald Trump planned to build “big, beautiful” new concrete wall along the border, though most of the construction has not yet started. Mass outrage was caused when immigrant children were separated from their families at the border in 2018 by the Trump administration.

“Overcoming a wall or border is ultimately all about transportation” 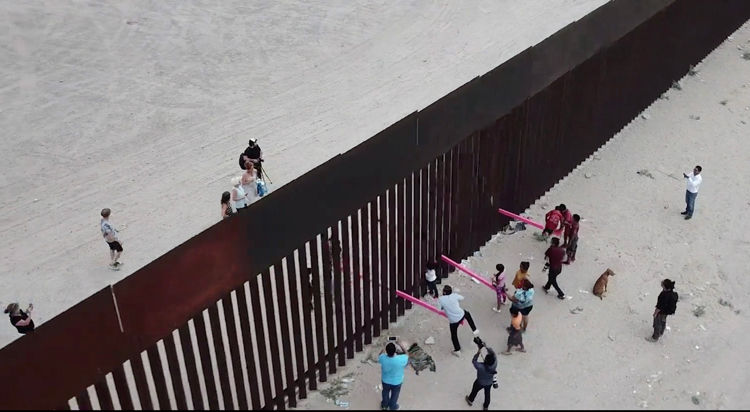 Owing to the area’s sensitivity, the project took around ten years to realise, according to the Design Museum. One designer worked from Juárez, Mexico and another in El Paso, Texas. Teeter-Totter Wall aims to show how “actions taking place on one side of the border have direct consequences on the other,” the museum says.

Residents of El Paso and the Anapra community in Mexico were able to unite through play for the first time, but only for twenty minutes. While videos of the see-saw installation spread quickly through online meida such as Instagram, it was also taken down the same day by border control.

As well as the overall winner, Teeter-Totter Wall won in the transport category. Judge and executive director of LSE Cities Philipp Rode says: “Overcoming a wall or border is ultimately all about transportation.

“Rather than transporting ourselves from A to B, it’s much more about the idea of connecting, having access to and really bonding with each other, even though there may be a space of even a wall between us.”

Design Museum chief executive Tim Marlow adds: “It remains an inventive and poignant reminder of how human beings can transcend the forces that seek to divide us.”

“Poster image” of the pandemic and an impossible burger 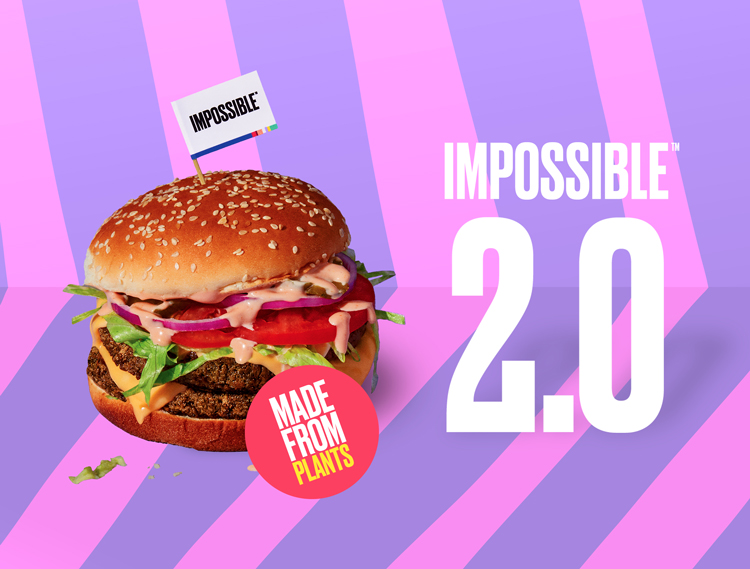 The product design category was won by Impossible Burger 2.0, the second incarnation of the vegan-friendly burger. The plant-based burger is served in thousands of restaurants worldwide and contains as much iron and protein as a comparable serving of ground beef.

“The idea that meatless, carbon-neutral food products can carry the same semantic language in the form of visual and product representation through taste, touch, feel and density really feels like a step forward into a far more conscious way of food consumption,” judge and creative director of A-COLD-WALL* Samuel Ross says.

“That layer of design language and process, tied to the visual communicaiton of the Impossible Burger 2.0, alongside the direct relationship it holds with its user, really stood to the front of the discourse we were having around the product category,” he adds. 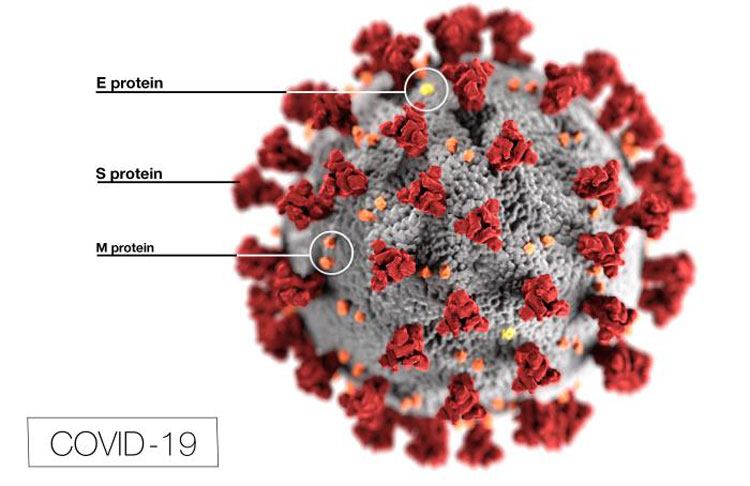 While the awards’ entry period stopped just short of last year’s pandemic, the winner of the graphics category was the 3D rendering of SARS-Cov-2, designed by Alissa Eckert and Dan Higgins.

The designers’ image of the coronavirus strain became widespread as the world became familiar with the virus. The illustration – which depicts the virus as a grey sphere with bright red spikes – gives coronavirus a “beautiful yet deadly form”, the museum says. 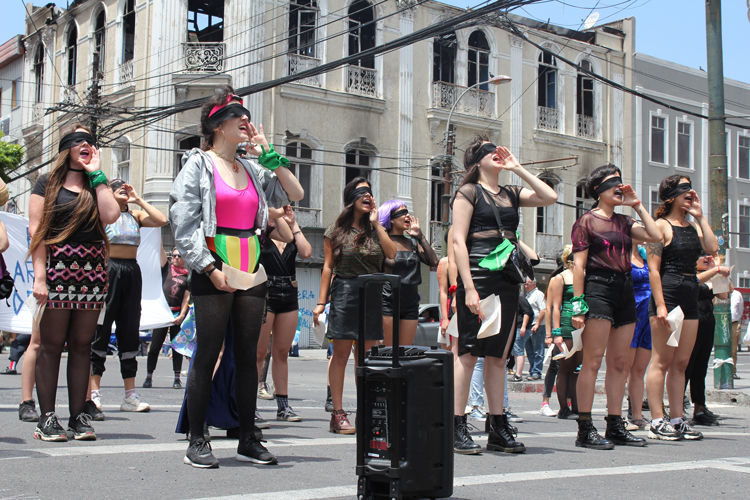 Modskoll, from Social Design Collaborate, won the architecture category. The educational facility seeks to be easily built and dismantled in light of forced farming community evictions on the floodplains of the Yamuna river in India.

It was first created in 2017 in less than three weeks by students, school staff and parents. The new school was relocated further south in 2019 and incorporated charpoy, a sustainable type of weave.

In the digital category, Colectivo Lastesis’ protest performance decrying sexual violence against women and LGBTQ communities was awarded top prize. Designed by Chilean feminist arts group Colectivo Lastesis, the song A Rapist Is In Your Way shone a light on political-sexual violence by police during a recent social uprising. It was performed by groups internationally.

A vegan leather, gender-neutral bag won the fashion category. Telfar’s bags are priced according to the average earnings of a New York DJ for a single night’s work. Guest curator Emily King says that “owning a Telfar is not just owning a brilliant product, it’s about making a vote for things to be done differently”. 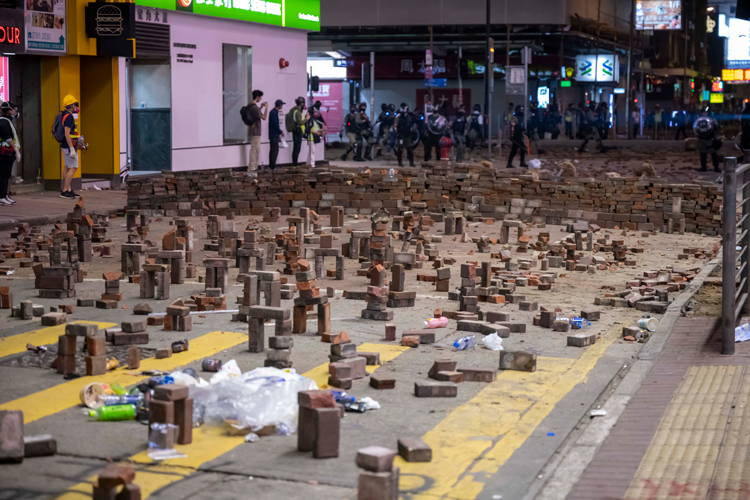 The People’s Choice Award winner – chosen by exhibition visitors – were the brick arches erected by protestors in Hong Kong. Composed of ordinary bricks, the ankle-height structures were used by pro-democracy campaigners as roadblocks to slow down police vehicles.

When hit by a wheel, the top block falls away which leaves the two remaining bricks as a prevention for the wheel moving forwards.

Thanks to the comparative ease of construction and efficacy with ordinary roadblocks, these arches became widespread during the November 2019 protests. They became known as “mini-Stonehenges”, according to the Design Museum.