Sky and TalkTalk have launched a new high-speed broadband network named UltraFibreOptic (UFO) which has been branded by Venturethree and features a flying saucer identity.

The consultancy was tasked with creating a brand that would be distinct from the two parent brands but also show that it was powered by them to help enhance its credibility.

UFO’s selling point is its speed – ‘1000Mb of fibre power’ it claims, as opposed to an average of less than 10Mb across the rest of the UK.

The product, which has been named by Venturethree, has been communicated as “a Sky + TalkTalk idea” around the proposition, “do more of what you love doing together”.

Venturethree creative director Darren Watkins says, “We’re articulating the result of what having more speed gives you. It means you can do more under one roof… More speed will take us into the next chapter of the digital age.”

As light is carried through the fibre optic cables to make the broadband work the branding concept was based around the idea of light as a power source.

Watkins says: “We’ve had the Stone Age, the Bronze Age and the Dark Age. Right now we’re living in the Light Age. Everything we see, send, share and do on a screen is thanks to light.”

Venturethree is Sky’s branding agency and was appointed to the UFO project directly on the strength of this, according to Watkins. 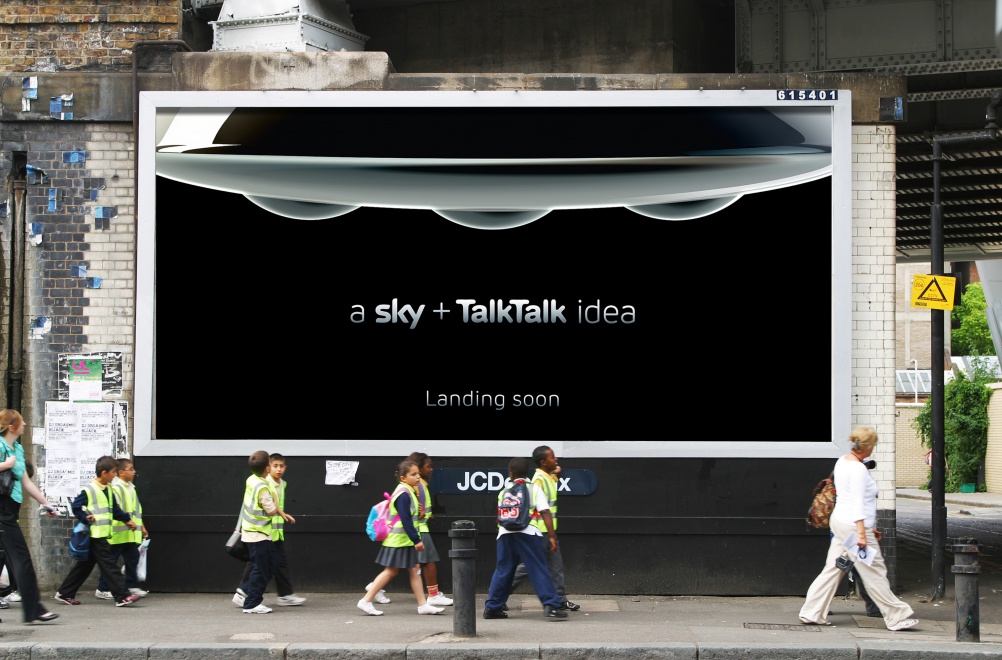 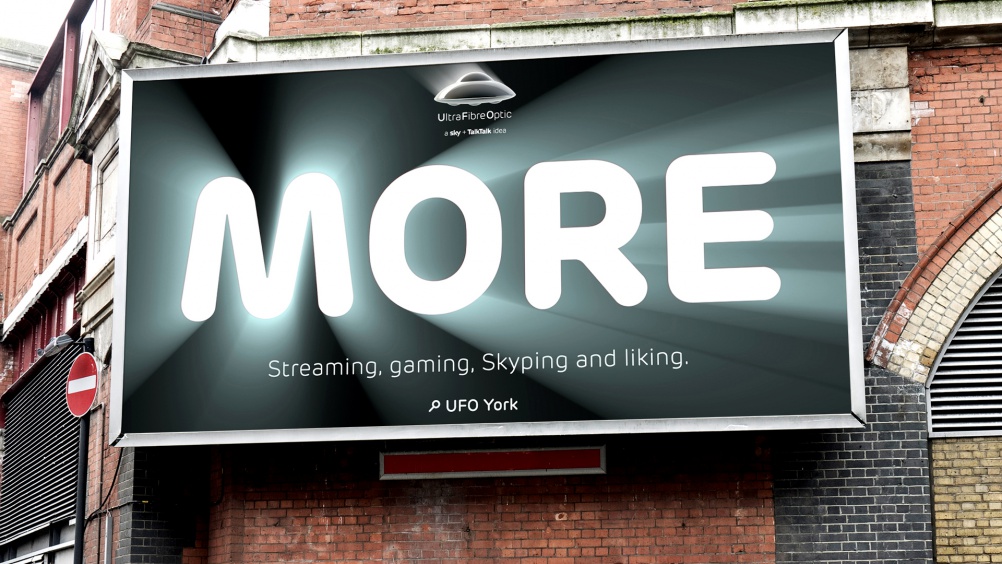 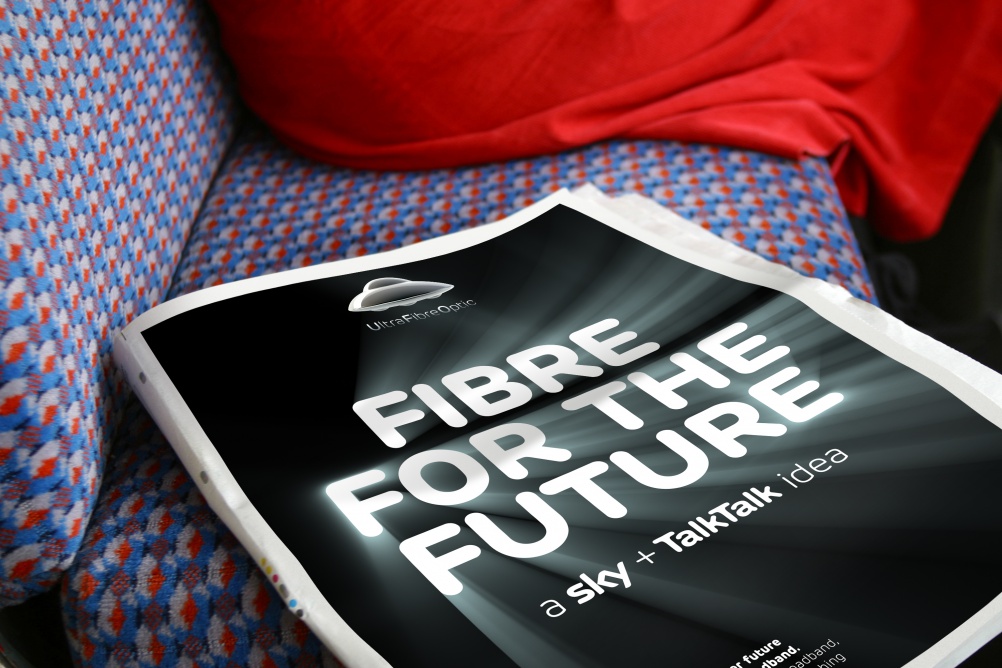