“If you told me 60 days ago that I’d be on video calls eight hours straight from home, I’d have been like, there’s no way,” Mark Spates says of the ongoing pandemic. “We are all going to come out appreciating our home environment a lot more.”

Spates is the product design lead on Google’s smart speakers, which includes its voice-activated Google Home hardware and software and the system’s overall user experience (UX). Like many of us, he has spent a lot of time working at home recently. Unlike many of us, the home is what he’s designing for. Has it provided any revelations about how his products work?

It has, Spates says, affected the design process greatly. He likens it how artists work: “We attribute cities to great artists, your inspiration came from that city. Now product and engineers are in situation. We are at home, living with our products. And what’s coming out of it is super inspiring.”

“People are being creative in their environment” 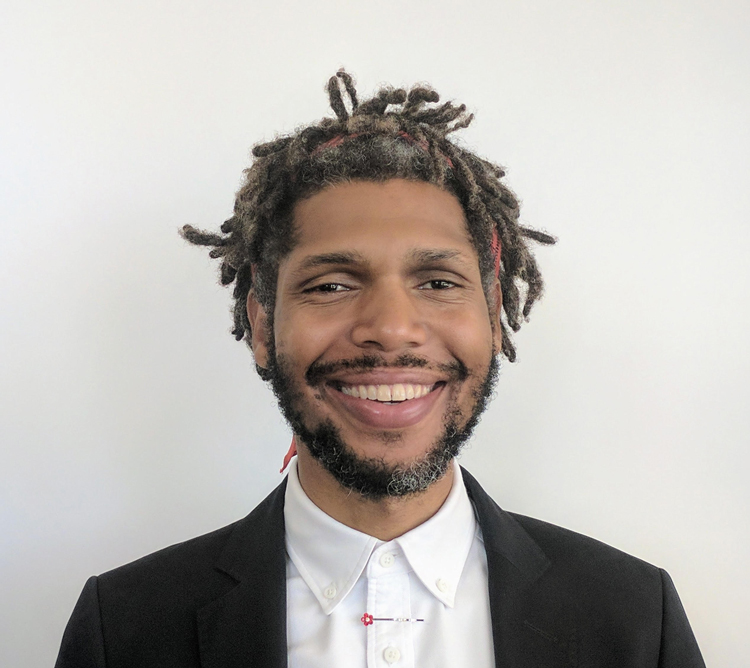 Spates, who is based in California, US, says that his team was using cameras in different ways at home. This inspired them to build a test programme to use the devices to “help doctors manage patients so they didn’t have to come into contact with them”. “People are being creative in their environment,” he says, prompting questions around wider issues around the technology. “What if we’re using our systems in different ways?”

I mention that one problem some people have been finding it hard to find a work-life balance. This might be something that affects more junior people more, who have less experience with being able to shut off. Spates says this is somewhere a smart home can help. For example, he has set up his system to play music at 5:30 – the time when he turns into a “pumpkin” after a day of work – and a light turns on automatically. The visual and audio cues remind him that it’s time to take a break. He also uses Google’s Shopping List – a list app created for shopping tasks – as a way to schedule tasks for the week and not do them on the weekend.

Communication, Spates says, is a key lesson from the pandemic in terms of external and internal features. Google Broadcast, an app that allows members of a house to communicate with one another, provides an alternative to shouting up the stairs that dinner is ready – something which might be useful now that some families find themselves living together again. Spates says he’s also interested in a “second set of entertainment” which has emerged from social medias, like virtual DJ parties. “They might not always be as popular as they are now, but there’s a lot of value in those interactions,” he adds. 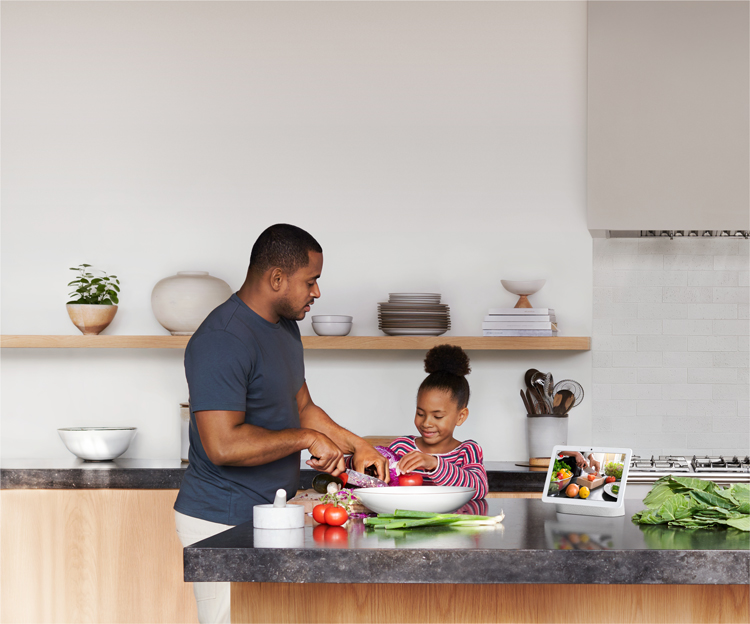 The output of the design team is clearly varied. What are some of its aims? It involves thinking about a “real user problem”, the ways in which different people use a home (some people might consider the kitchen a gathering place, while others might use the living room for this) and avoiding “making technology for technology’s sake”.

A crucial part of the process is the testing period. Voice-activated assistants have become more of a mainstay in homes around the world. Last year, an estimated 3.25 billion voice assistants were in use around the world. But as we reported in January, there are issues over unconscious bias in the technology design; certain demographics (white men) are more likely to be understood by voice-assistants than others (women of colour). Spates says that accessibility by all kinds of users is a priority in the design process.

It involves trialling it with other Google employees – ‘Googlers’ – across the world. This can raise some interesting variations. Spate says that when Google launched its first speaker, the team was getting bugs from the UK because the lighting control – how people can turn on and off lights through the voice assistant – was not working.

The American team was “baffled” because all the tech seemed to be in place. The team asked its UK colleagues how they were using the control, and were surprised when they replied with: “pop on the lights”. “We had to go and add that to the system,” Spates says. “That small nuance was really important for how our UK colleagues controlled it.”

Can our homes entertain us?

As well as these practical and accessible features, the pandemic has highlighted a third: entertainment. Any ways in which a smart home system can achieve this is a “super super helpful thing”.

The latest project from Google is called Google Nest Sessions, and it is being released for the upcoming May bank holiday. You can download it from the Google store, and tune in by talking to a Nest speaker. It’s billed as a “mood-lifting music experience inspired by psychology” which features music from Jessie Ware and Olly Alexander among others. It’s being geared towards the 69% of British people who say that they rely on music to help them transition through their daily moods, particularly in the times from 2 to 5pm.

By tuning into Google’s Nest Sessions, they can set the mood with curated music. As we spend more and more time at home, clearly software like this is more relevant, and its event-like quality ties into what Spates says about the appeal of social interactions and virtual DJ sessions, anything that “takes you away for a few seconds”.

How smart does a smart home need to be? 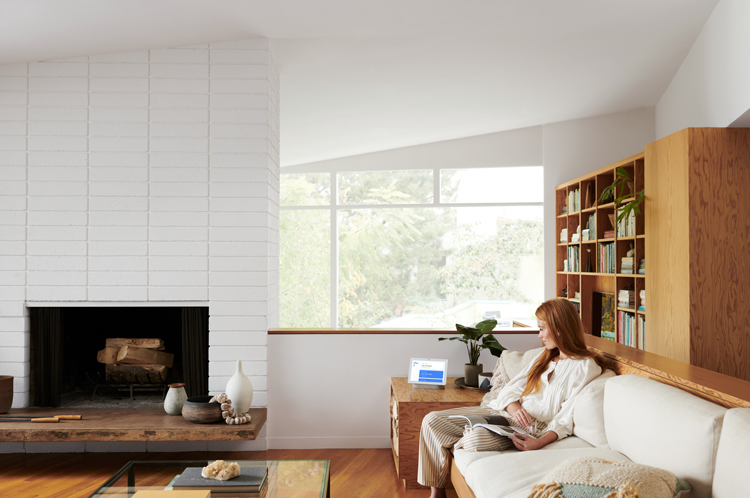 Though it has star appeal, the experience is a familiar way to use speakers: playing music. It might not be one of the more out-there development people might associate with having a Smart Home. This relative simplicity might be the point though. As Spates says: “What’s interesting is that the things we do at home haven’t changed over time – we sleep, we cook, we entertain, we take care of our families.” And while many of us might not have thought that we’d be spending so much time working from home, the priority for Spate is the same – that “technology needs to be in the background not in the forefront”.

He recalls technology in the 1980s, which was at the “forefront”. With all the devices, like a VCR player, speakers, and a receiver, he says “it was like a RadioShack sitting in your living room”. (RadioShack is an American electronic shop.) That’s why the products themselves are in muted colour palette and feature soft fabric on the devices. Voice tech helps with this, of course. You don’t need to control things through a mobile device. Design Week wrote about this issue last year, saying that the key is not to aim for the future but to “solve the issues of today”.

Does he have any dream projects for the smart home? What makes Spates “extremely excited” is thinking about how the technology could be integrated firstly. “It’s how someone like Edison felt when he discovered electricity, and thought: ‘C’mon man, just think about what we can do when we get lighting and electricity into people’s home.’ The exciting time is when the technology is actually being understood.”