The Viscero prototype was developed in the studio’s wearables lab. The studio is now in talks with health companies about taking it into wider production, according to Design Partners chief design officer Cormac Ó Conaire.

It is estimated that around 12 million people in the US will have abnormal heartbeats – a condition known as arrhythmia) – by 2030. The condition can lead to significant health problems such as heart failure, and people need to undergo ECG (electrocardiagram) testing for up to 72 continuous hours. 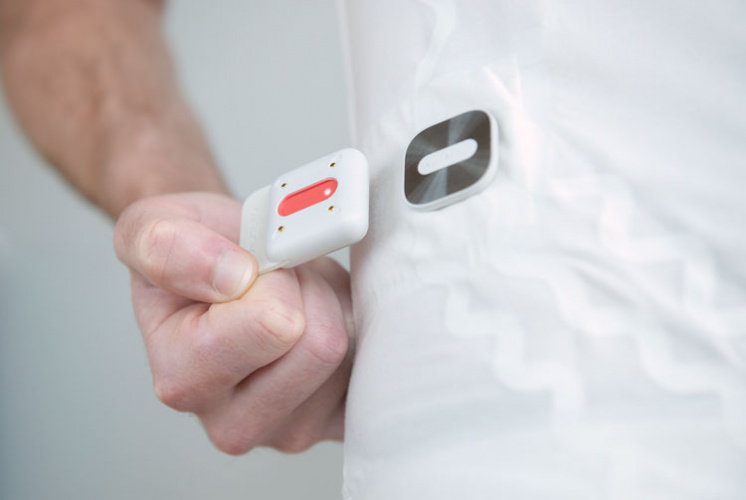 There was a gap in this particular sector, according to Ó Conaire. One of the most popular products is the Holter monitor, which has been in commercial production since the 1960s. Ó Conaire has used such a heart monitor, and explains that the “cumbersome” set-up was not conducive for everyday life.

As well as making exercise and washing difficult, he points out that they offer wearers no privacy during a sensitive time. The design team had a few principles for the internal project: the product should be non-intrusive, non-invasive and could be used without the help of a healthcare professional.

The designers also wanted to create something that was “toned down and muted” so that people could wear it discreetly.

“Wearables are really starting to come to the fore” 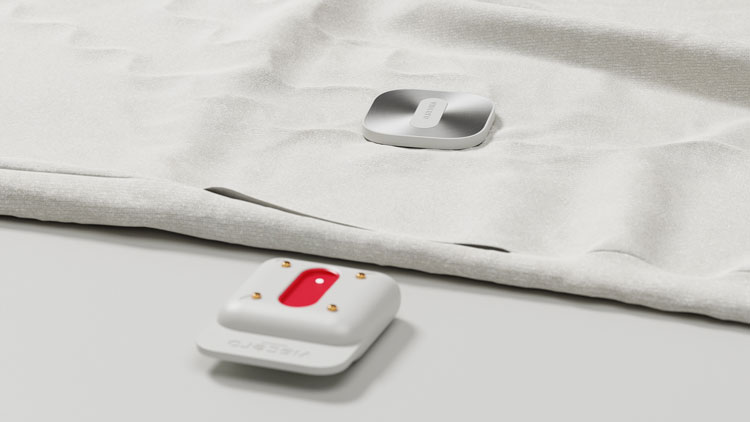 “There’s a lot of wearable tech in the consumer space,” Ó Conaire says. “Whereas in other sectors – like high performance sports, the industrial space, and healthcare – wearables are really starting to come to the fore”.

Design Partners’ proposed solution is a vest which incorporates an ECG circuit system and a small pod device (which the studio calls “the brain”) that can sit in a shirt pocket.

Heart rate signals are recorded by the vest through printed electrodes, situated beneath the fabric at points around the arm and waist.

This differs from the Holter vest which uses what are known as “wet electrodes” – relying on a glue-like gel applied to the skin. These can slip off over the monitoring period, Ó Conaire explains, and healthcare professionals are often required to reapply them.

As the team wanted to use “dry electrodes”, the challenge was to maintain a level of compression between the vest and the skin to provide continuous data, he says. Design Partners created a pattern, printed in electronic ink, which runs along tailored compression points. 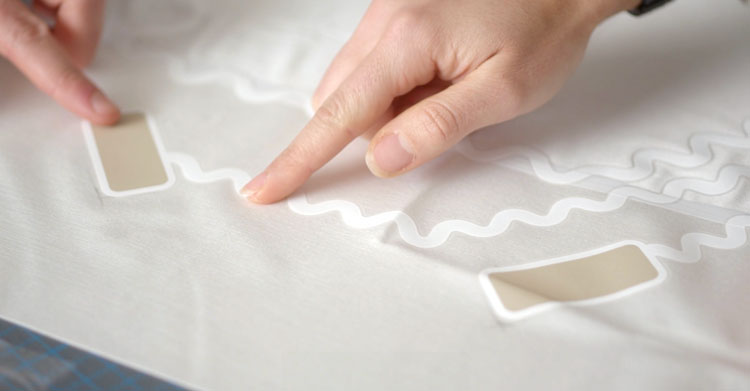 The vest can be washed approximately 30 times before it needs to be replaced, according to Ó Conaire, and the pod can be transferred to a new vest.

Throughout the design process, the team worked with clinicians in an attempt to work out the best way to collect and filter data. The pod has an accelerometer and gyrocope which aims to provide a fuller picture of recorded heart signals – highlighting when there are changes caused by exercise, for example.

This “AI layer” helps to filter the data to identify irregular patterns for clinicians which would save them time, Ó Conaire says. The studio has proposed an AI-enabled dashboard which would allow doctors to access patient data.

“Healthcare is already going through a revolution” 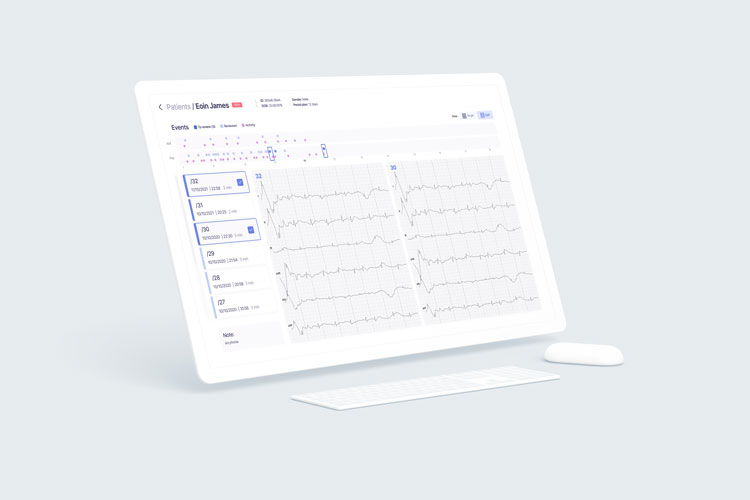 Design Partners tested the product on multiple body types throughout the process. Once the prototype started to collect the data, cardiologists were consulted about the quality of the data, Ó Conaire explains, which was “diagnostic quality data”.

A lot of the feedback they received from users was “quite emotional”, he adds, explaining that Viscero gave people a sense of control and was more easily concealed.

While the designer believes that eventual production for Viscero is “very likely”, he highlights potential barriers to mass adoption. Healthcare systems can be slow to change, for example, and many professionals are already trained in using the Holter monitor. 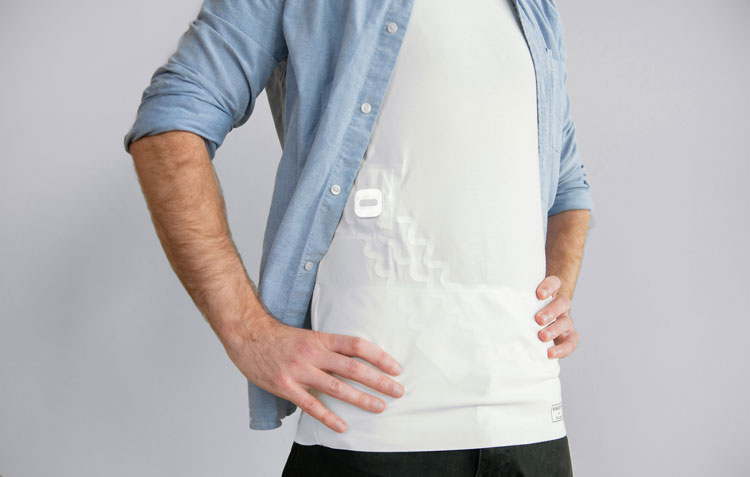 “Healthcare is already going through a revolution,” he adds, and Viscero is part of a trend which places greater emphasis on the patient’s control.

“If you have the power to actually start monitoring your health daily, and have data ready for your clinician, your data might flag something,” Ó Conaire says. “I think that’s a much better healthcare system, and one that’s already started to transform.”