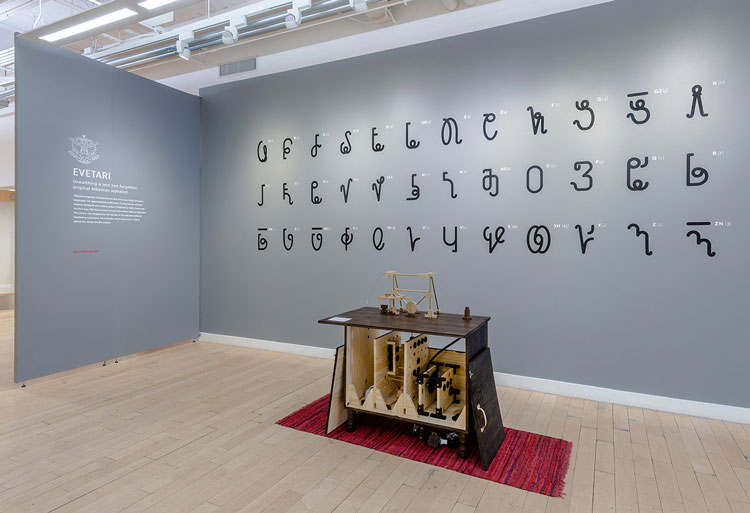 Design Week: How did the idea for your thesis project come about?

Edon Muhaxheri: I came to the Maryland Institute College of Art (MICA) in Baltimore, US to study illustration practice, which is a programme for already developed illustrators. The course allows them to experiment within their existing field so I ended up focusing on mechanical toys, which before electricity was invented were known as automatons. It is really amazing to see how the toys operate as they don’t use any electricity, you just wind them up and they are able to go through a set of movements. For example, the ones that still exist in museums today are capable of writing up to four poems and drawing four images. I challenged myself to design an automaton that could write something in Albanian, and since they were very popular in the 1800s, I wanted to make a connection with Albanian literacy from this period.

DW: How did you discover the alphabet?

EM: Discovering the alphabet was accidental. The most important thing that happened in Albanian literacy during the 1800s was the first ever Albanian ABC book being published in 1844, which was designed by Naum Bredhi. It was used to teach children the alphabet and how to write. I was searching for materials from the book so that I could take anything from it, such as an illustration or a sentence for my automaton to draw or write. I wasn’t able to find the original book but I eventually found a scan from it in a German book called the Book of Scripts, which is an encyclopedia of alphabets. That was when I realised that this ABC book wasn’t actually written using a Latin alphabet. Eventually I got in touch with the Museum of Education in Albania and they sent a scan of the book to me. As I decoded this book I started to define which letters were which, find the common typographic elements and redesign the entire alphabet.

DW: How did the alphabet become lost in the first place?

EM: Before I published my thesis project 99% of people didn’t know about its existence, only a few linguists. The alphabet was very well-accepted in Albania during the mid-1800s. It actually stayed around for about 20 years and slowly died because people in Albania did not have enough financial support to build the printing houses that would print using these special characters. So they decided to adopt a Latin alphabet because it was easier to print in other countries that had the resources.

DW: What are the key features of the redesigned alphabet?

EM: In the original book, Bredhi designed several weights of the typeface, but you wouldn’t be able to use it to teach children about the alphabet nowadays because it is too illustrative and calligraphic. I designed a simplified, digital version of the typeface set in 16 different weights, including lighter, regular and bold versions and a boxier one. I also designed a stencil for it so that people could use it for spray painting or tattoo designs.

DW: How are you hoping that the typeface will be used by people?

EM: I made it a digital set of fonts so that people could use it for recreational purposes. They can design logos, make tattoos with it, state symbols, anything really because it’s theirs. Back home, news of my thesis project went all the way to the prime minister of Albania. He wants me to bring back my work and display it permanently at the Museum of Education so that people can visit and learn about it. It’s not just going to be hidden somewhere in this museum so that people aren’t aware of it. There is going to be a big wall featuring the fonts, and hopefully my finished automaton that will write in this alphabet.

DW: Why do you think it is important to preserve pieces of design history like this?

EM: For me as an Albanian it is really important that people find out about this alphabet. It is part of our culture, so I think it is very important for Albanians to preserve it. Unfortunately, because we didn’t have a written alphabet until the 1800s, a lot of Albanian culture got lost through time. You have four full centuries of history that are dark from roughly 600-1000 AD because we didn’t write about it and keep it safe, so this is what I’m doing now. I think it’s great luck that I found out about this alphabet and am bringing it back. It’s our wealth and we need to protect it. 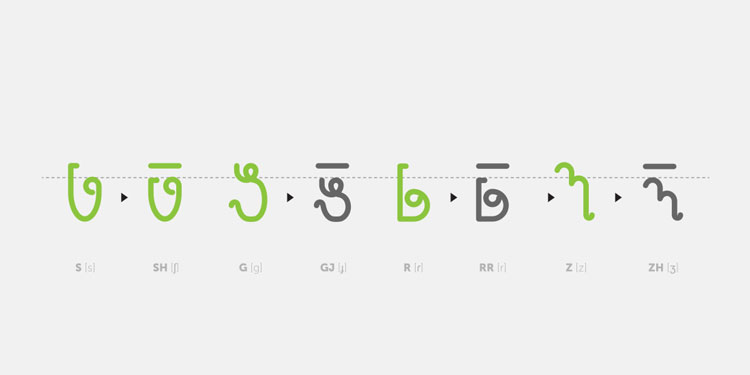 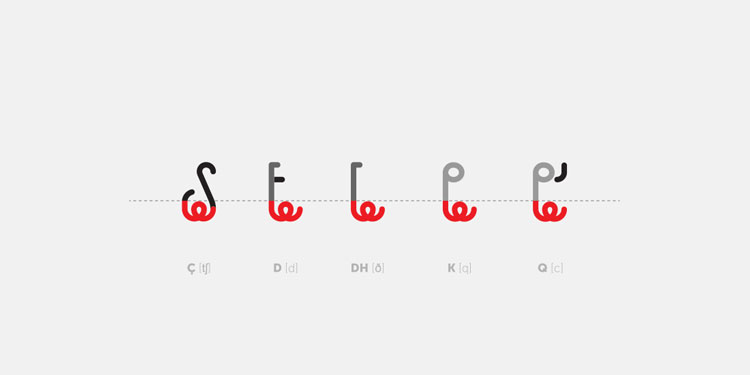 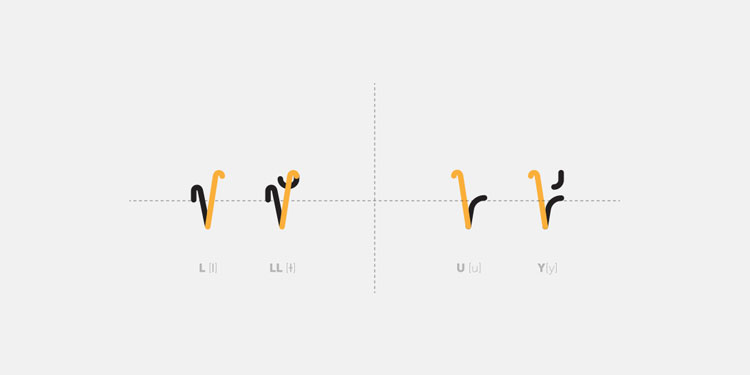 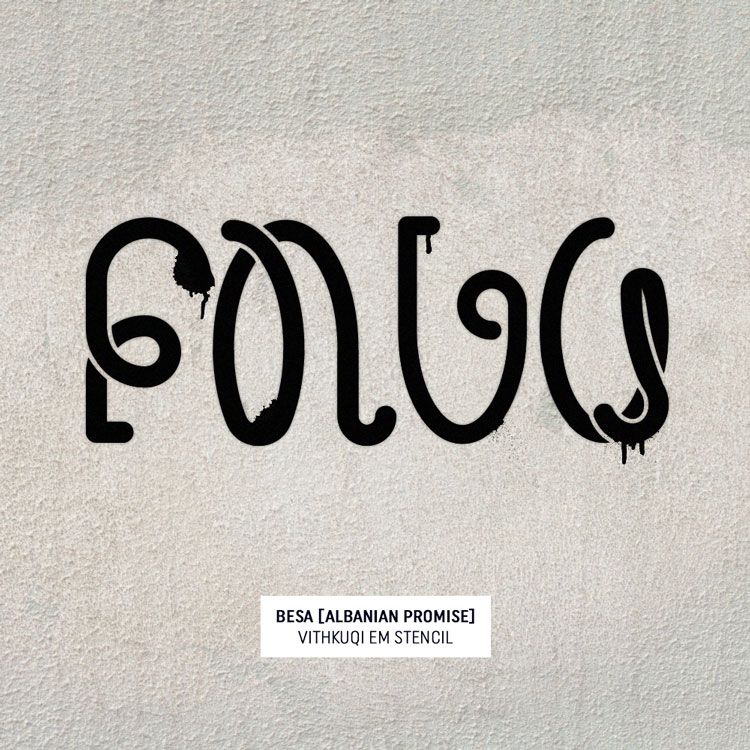 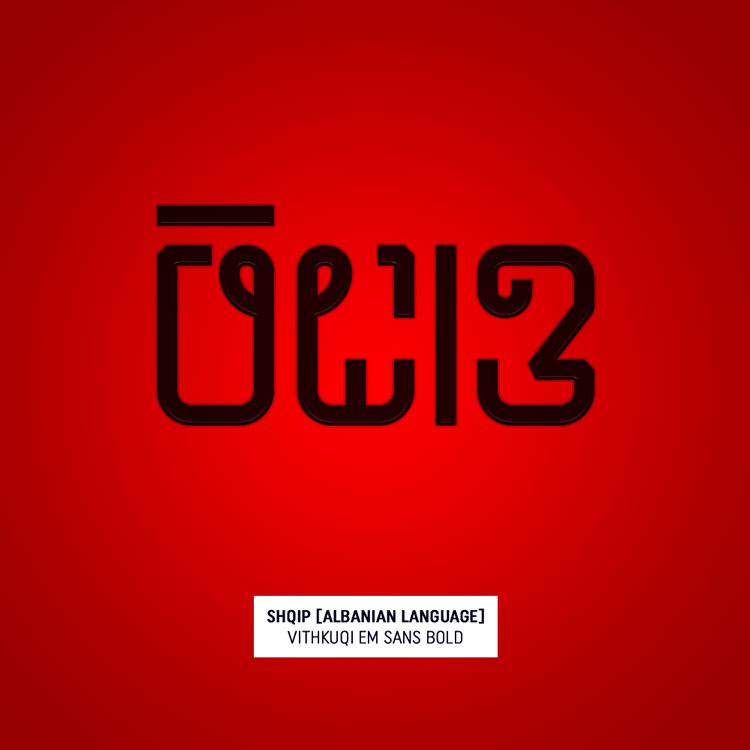 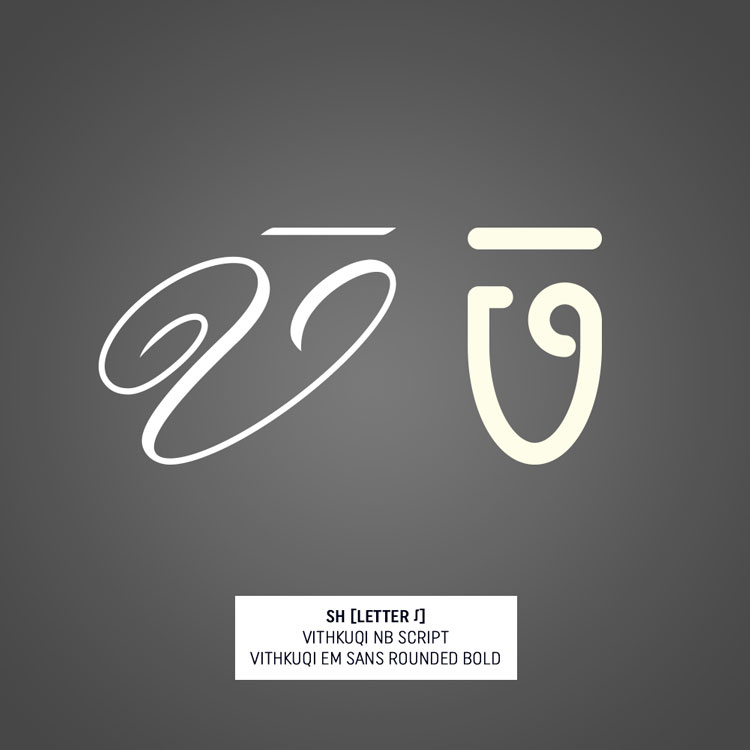