A group of 140 designers from around the world has developed a font “made entirely out of periods” to protest period poverty in North America.

Periods for Periods is an initiative campaigning for free menstrual products in schools. According to the group, one in five teens can’t afford period products and a further one in seven have missed school due to a lack of period supplies.

Product shortages as a result of the coronavirus pandemic have only served to make the issue worse, and the group says black women and women of colour are affected at higher rates. 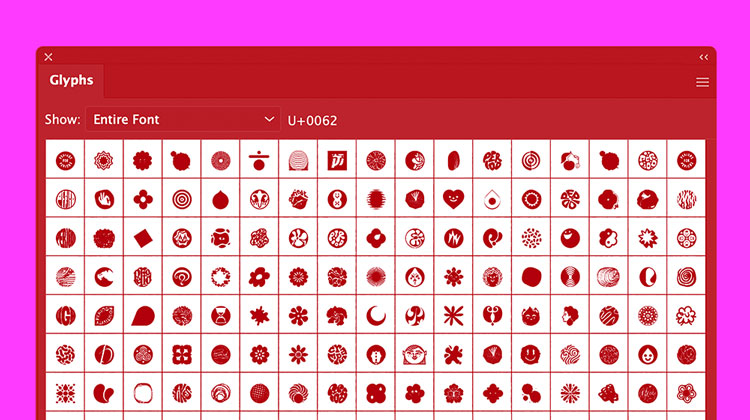 The Periods for Periods project has brought together 140 designers from across the world, including the likes of Design Matters podcast host Debbie Millman, Pentagram partner Giorgia Lupi and graphic designer Ellen Lupton.

Each designer has developed their own fullstop – or a period – graphic. The selection ranges from the literal, with representations of uteruses, underwear, moons and flowers, to more abstract swirls and blob shapes.

Millman’s graphic appears to be a cluster of indecipherable letters, while Lupton has gone for a square block design, tilted on an angle. Other designs include a rounded typographic treatement from Tina Touli and a cartoonish blood droplet from Matilde Digmann.

The entire collection of periods is available to download for free from the Periods for Periods website.

“End a sentence, start a revolution”

The intention behind designing a collection of graphics is that they can then be used in visual protests against period poverty. The group gives the examples of social posts, design work and tweets directed at education officials across North America.

“Using these periods means you believe period products should be free throughout the education system,” the group says. The tag line for the project is: “End a sentence, start a revolution.”

The initiative is accompanied by a website, showing the whole collection of graphics and their creators. The platform also allows visitors to create their own graphic and encourages users to “share it with the world”. 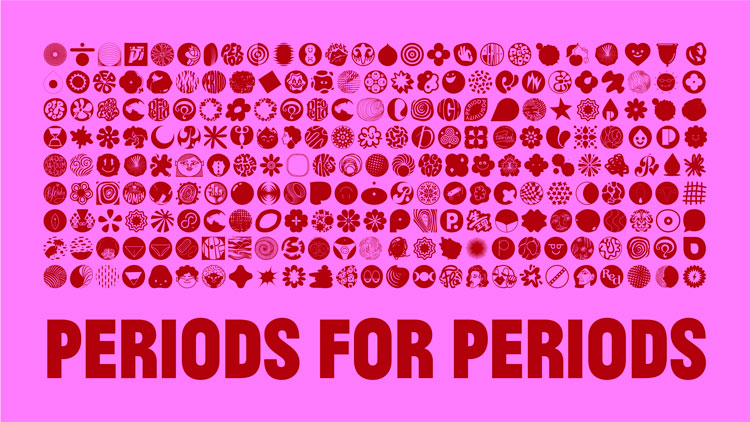 The use of a font is about communication, the group says. “We believe a simple mark of solidarity, created by the world’s most prolific and talented communicators, will help our message reach a much wider audience,” the group says.

Typefaces are a common tool for designers to express their support for a cause. Earlier this year, designer Tré Seals spoke with Design Week about developing his foundry Vocal Type, which aims to diversify the industry through type.

And last year, Vitamin London developed a typeface from the letterforms found on Black Lives Matter protest placards. The aim of the project was to bring the “emotion and energy” of physical protesting into the digital space.

The Periods for Periods website is also home to a tool which allows users to easily Tweet their local education representatives, demanding free products in schools.

Users chose their area (currently the project offers places in the US and Canada only) and then a graphic is automatically generated with the protest message. Users can also create their own, by downloading the font and incorporating their favourite periods.

Normalising menstruation and protesting poverty is a battle the design industry has fought for some time. In 2019, Design Week covered how packaging designers were helping to shift the narrative around periods. Earlier that same year, designers Daniela Gilsanz and Ryan Murphy developed the “taboo-busting” Period Game.

And in 2020, Pantone unveiled a new shade of red to “tackle the stigma” around menstruation.

You can download the Periods for Periods font here.