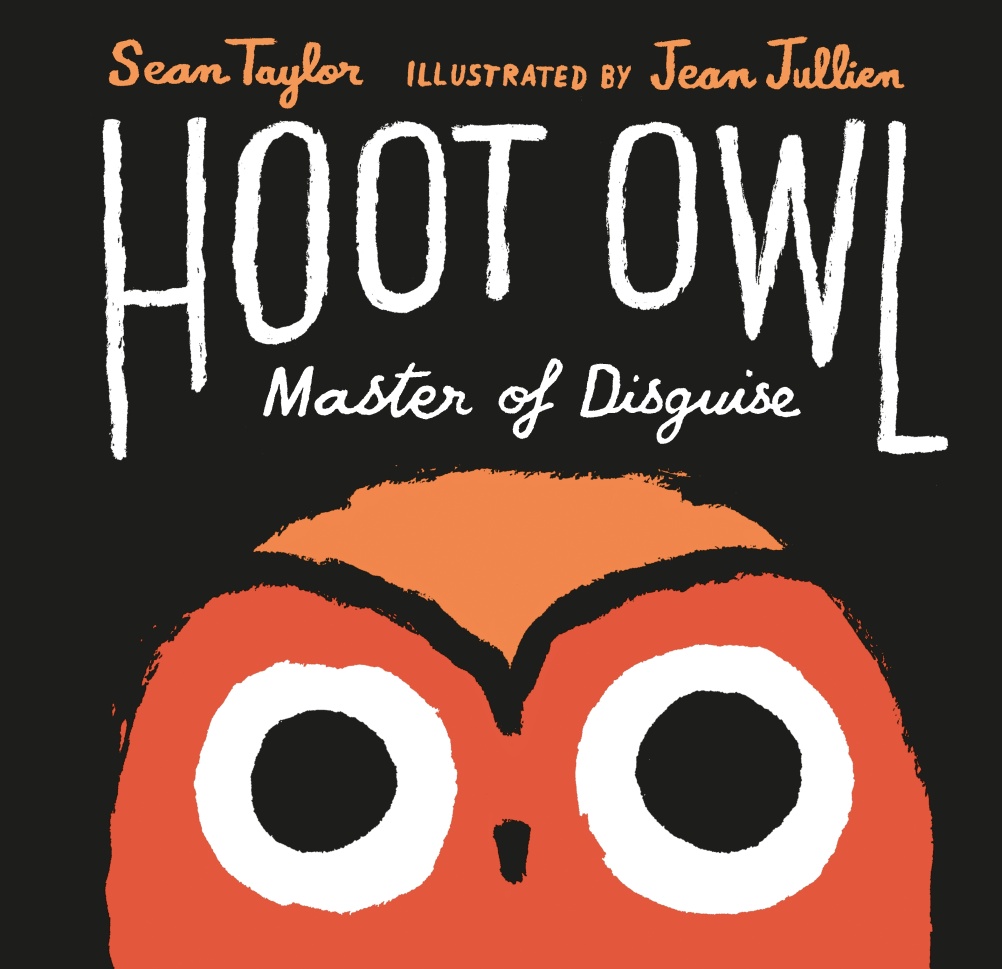 Young Hoot Owl is not quite the hunter he wants to be and his prey proves illusive.

Jullien has illustrated Hoot Owl’s thwarted attempts to catch his dinner and his various costume changes.

The illustrator says his style has a naive feel which allows him to tackle dark issues in a light hearted way.

He says: “With that in mind I’ve always tried to stay away from doing kids’ material as I found it annoyingly straightforward but the team at Walker books made me understand that doesn’t have to be the case.”

Jullien, who is a big fan of Tomi Ungerer, William Steig and Quentin Blake says his favourite book growing up was Where the Wild Things Are by Maurice Sendak.

Hoot Owl has been written by Sean Taylor who has authored over 40 books for young people and has worked with other illustrators including Jimmy Liao and Bruce Ingman.

Last year we showed some lovely work by Jullien which was on show at London’s Kemistry Gallery.