“A brand – though I prefer the word identity – is the total personality of an organisation: what it does, how it behaves and how it communicates to its customers and various audiences in all of its manifestations. Good brands want to connect with their customers on an emotional level so that they become loved and trusted. The John Lewis Partnership is one such organisation that has created this special relationship, as has Apple. A brand is a two-way connection between the giver and the receiver. If the organisation is loved and consistently reliable, you will forgive them if they make the occasional mistake just like you would a friend – it’s called loyalty.”

“In the past, graphic designers commonly helped companies with their visual appearance. This one layer, although attractive, was purely an appearance. Branding shows another layer to a company. Why do these companies operate in the way they do? What are they trying to say about themselves? The ideas that drive a company – this is branding. We take its values and communicate them through many forms of mnemonics, from visual to verbal to written. It’s the ability to cover a logo and still know who is speaking to you and what they are saying. Branding is the Coca-Cola bottle you would recognise even in the dark.”

“In the natural world, we pick out the attributes of each creature by its colour. We define their characteristics by the way that each animal behaves, the noises it makes, where it lives and how it smells. There’s an instant, multi-sensory experience that tells us what we’ve stumbled across. Branding is the modern art of assigning these signifiers: the careful combination of characteristics that explain in an instant the purpose and personality of a company. It should be as clear as the difference between fur and feathers.”

“When you stay in a hotel in Cuba, they have a way of folding the towels over your bed into the shape of swans, flowers and mushrooms – it’s like nothing else. When you go to Palermo you hear the sound of scooter madness, it’s so distinct. When you taste a Berthillon ice cream in Paris, it’s a unique experience. When you watch a Brazilian footballer move on the pitch, you know only they can do that. That’s branding – it’s not about promises or marketing anymore. It’s about people doing things their own way and other people approving of what they do – the digital world will inform you of that. It’s not about what you say; it’s about what Google says. If the world likes it, then you’re on.”

“Branding is creating a lasting impression. It’s what you think and feel about something when you hear a name, see something or close your eyes. Branding is telling a story, creating preference, matchmaking, reaffirming your beliefs, building a relationship, changing your mind, making you feel something. A queue outside of the Apple store is branding. Katie Price being booed going into the Big Brother house is branding. Smiling when I think of Tunnock’s Tea Cakes is branding.” 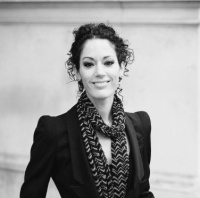 “There is some consensus among marketing gurus that a ‘brand’ is a consumer’s idea of a product – brands exist in our hearts and minds. So ‘branding’, one can argue, is the tangible manifestation of an idea, either to reflect conceptions around a product, or to inspire entirely new ones in consumers’ minds. In more poetic terms, branding makes the brand’s soul visible.” 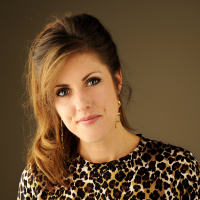 “I believe the term ‘branding’ is evolving in some extremely interesting directions. The role of a traditional branding agency is, for instance, being challenged by other representatives of the creative communications sector – advertising agencies have become well-placed and are increasingly asked, to come up with highly creative concepts and strategic thinking for clients which would otherwise have been done by the major players of the brand world. As social, content and digital areas increasingly drive the consumer-facing part of brands, these worlds will also have more and more influence on what we understand ‘branding’ to be.” 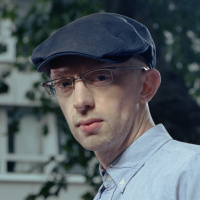 “The act of branding is working with brand – so what is a brand? Throughout the industrial era, brands were used to identify and differentiate, embody reputation, and acted as a link between company and potential consumer. However, branding has become ever more central to the strategic organisation and practice of companies, defining relations between products or services. Brands have become a ‘premise for communication, interaction and experience’. Much of brand management literature persists in considering brands as internal, proprietary resources – however, I consider the brand as shared cultural property. Brands are inextricably linked to an entity (company, country, charity, etc.) but they are not the same thing. Rather than objects of exchange, brands can be viewed as the sum total of relationships among stakeholders; dynamic entities in movement that continually develop through time from the relations of multiple agents. Put simply, a brand is a work in progress that we mistakenly think is finished. A brand is defined, and redefined, by all stakeholders and evolves through experiences, and it is in this co-evolution that brands should be considered social, cultural and economic. In doing so branding should work to the simple realities of wabi-sabi: nothing lasts, nothing is finished and nothing is perfect. So if a brand is in perpetual development, how do we work with brand and what is branding? We work to realise where the brand is right now, then clarify how we can best develop it for current requirements and environments. We then communicate the brand and key messages through ‘executional elements’ and ‘visual indicators’, while ensuring the brand is open for continual co-evolution.”