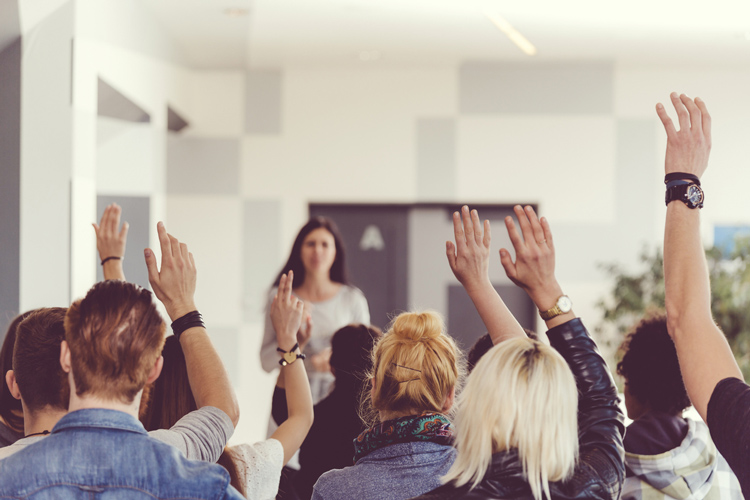 Students and tutors at the University of Brighton are protesting changes to graphic design and illustration courses that they say have not been “transparent or inclusive” and have “downgraded and ignored” their needs.

The proposed changes have come about following a curriculum review process, which has been carried out across the whole university.

The main change includes removing cultural and critical studies modules for graphic design and illustration students, which enable them to write long, academic essays, and instead integrating this skill into practical, studio-based modules.

Some students have expressed concerns that the changes could see critical studies be made optional for future students, which they say would be detrimental to their learning.

Mhairi Lockett, a 22-year-old, third year illustration student, and also a student representative, says that giving students the choice to avoid writing academic essays will “limit their prospects” after university, such as going on to further study, applying for teacher training or submitting work for academic journals and prizes.

“On the surface, the changes appear to give students more choice under an ‘agenda of inclusivity’, but the new modules would actually create a system of self-exclusion – holding students back from realising their ability to write critically and at length,” she says.

Lockett adds that critical studies encourages design students to learn about the world around them, understand current political and social issues, and contextualise their work.

She says: “In this current political climate, critical thinking is essential to understand issues raised around power, agency and change. Academic research skills also provide us with the ability to work across multi-disciplinary teams. We do not want this opportunity to be taken away from future students.”

“As someone who hadn’t written an extended essay since leaving school at 16, I never would have thought myself capable of writing a 6,000-word dissertation,” she adds. “But with the support of the cultural and critical studies academic tutors, that became possible. [The modules] open up opportunities, and lead to better salaries and wider recognition in the outside world through what are now known as ‘transferable skills’.”

The university says that the course changes have been made in line with “external quality benchmarks” and there will be “no detrimental impact on the employability of students or their ability to pursue further study”. It adds that Cultural and Critical Studies will remain “integral” to the School of Arts’ courses, and that writing essays will continue to be “mandatory”.

Tutors are also concerned that the proposed changes are cost-cutting methods that could put them out of a job.

Currently, the School of Art – which runs the undergraduate illustration and graphic design courses – uses tutors and teaching resources from the School of Humanities to run cultural and critical studies modules.

“It could be about wanting to save money, or it could be that management in the School of Art want to take back complete control of their curriculum, rather than having a module that is outside of their control,” the tutor says. “But either way, if there’s nothing left for me to teach, I will be made redundant.”

While the university says that students and tutors have been “extensively consulted” throughout the process, engaging with student representatives and staff and student committees, the tutor says that the consultation process was “misleading” and “negligible”. Lockett adds that the “so-called-consultation” has not been “transparent or inclusive of Humanities staff” and all students.

The university argues that Humanities staff were consulted and “their concerns taken into account” throughout the review process, and says that redundancies will not be made.

“Atmosphere of confusion”, “downgraded and ignored”

According to Lockett, 180 students have signed a statement expressing concerns with the course changes and curriculum review process, alongside 50 members of staff, who have addressed a letter to senior stuff and management at the university.

As a result, the course changes have been suspended temporarily, says Lockett, but are allegedly likely to come in for first year students in September 2018, for the 2018/2019 academic year.

The university says that the decision to introduce the new measures for students starting in 2018/2019 has always been the plan and is an “outcome of the review process”, in line with “other academic schools in the university”.

The tutor says this has created an “atmosphere of confusion” for students and tutors, who are unsure of what changes will be happening, what courses they should be teaching in coming months, and what the new course structure might look like.

“Some students aren’t coming to seminars, as they feel they don’t have to worry about those modules,” the tutor says. “This uncertainty is really disrupting the current students’ learning. The fact that we haven’t been consulted has also affected student morale, and undermines the achievements that we’ve made in areas such as recognising dyslexia and helping students with their writing and with English language. We have been downgraded and ignored.”

Alongside the course changes, students on the graphic design and illustration courses have also protested lack of studio space alongside an increased number of students taking the courses in recent years, who they say cannot be accommodated for.

A total of 434 students – 214 taking graphic design and 220 taking illustration – allegedly use three shared studio spaces that can hold up to 100 students each but the university says that “there are never more than 70 students scheduled in at one time” to use each studio.

The university adds that there are additional shared spaces available for use such as seminar rooms, workshops, digital editing suites, print rooms and a lecture theatre.

Lockett says in response: “[The current studio space] is very detrimental to the course and to students’ education. In the past, every student had a personal, permanent desk space… but this is no longer possible. Unless the studio is remodelled or more studio space allocated, there is no way the course can function with so many students.”

The university says that it is currently investing £150,000 into refurbishing studio spaces for students.

Students and tutors would “welcome debate” and “transparent discussion” about the proposed changes, says Lockett, but adds that the process “has not been consultative, rigorous or enlightened” so far.

A spokesperson at the University of Brighton says: “We have taken advantage of this review to look holistically at our programmes and introduce contemporary approaches to our teaching, while ensuring our curricula are inclusive, accessible and have fair and equitable workloads for all students.

“The review has been carried out in line with university policy, and informed by internal consultation and external benchmarking. We have assurance from independent, external subject experts at other universities that the proposed changes are consistent with maintaining high academic standards and that our students will be well-placed to gain an [undergraduate] degree and progress to masters-level study.”

The decision to cut cultural and critical studies modules and replace them with new, integrated modules is expected to come into place in September 2018 for new students.