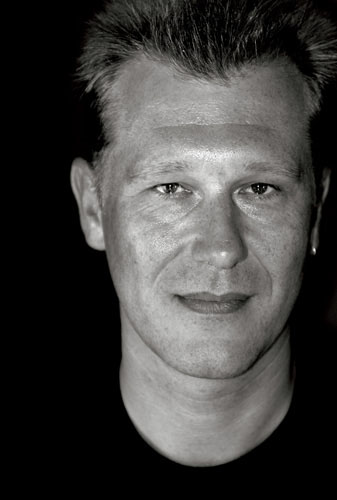 Passing on the wisdom gained during a successful career is rewarding, but can you really convey the spark of creativity? Jim Davies doesn’t think so

There comes a point in any professional’scareer where he or she is expected to guide others rather than getting stuck in themselves. You may have once set the world alight being fired from a cannon, but now you’re expected to pass on all your flair and derring-do to atroupe of young pretenders, allt oo ready to depose you as the king of the circus ring.

At one of my first ports of employment, the bulging art department was run by an eminent middle-European designer, a stickler for precision whose eager young protégés were referred to as his ‘scalpels’ – though these days they’d probably be called his ‘mice’ (or should that be‘mouses’?). They looked upon him with a mixture of awe and reverence, pulling their forelocks and hanging on his every word, while he peered over their shoulders and muttered ‘a millimetre to ze right’.

But it’s always seemed curious to me that the higher people go up the food chain,the less chance they have to tuck into the tasty dishes laid before them. Instead, they’re tinkering with the menu and recommending the day’s special to their colleagues. I know brilliant writers who haven’t honed a satisfying simile in years. Designers for whom once-beloved typefaces are now like long-lost affairs.

Where once they were pursuing their passion, now they’ve been sucked into endless meetings about the direction of the business. Their only brush with creativity is passing judgement on the work of others, offering encouragement and pearls of wisdom, appreciating the‘bigger picture’. They’re busy settling departmental squab -bles and signing holiday forms,hiring and firing, and generally being dragged away from the reason they joined the creative industries in the first place.

Now don’t get me wrong.Managing is a valuable skill.Some people take to it likeducks to water, becoming farbetter creative directors oreditors than they ever weredesigners or writers. There’san art to constructive criticism,to seeing what’s good about apiece of work and where it fallsdown, to know how to trans -form it from good to great.

And the fresh young graduates coming into the industry thisyear will desperately need such incisive mentoring and support.But creativity is like an unco -operative bar of soap – it’s slippery, and you can’t just pass it on. I find that when I do workshops, I can trot out the essential dos and don’ts, give people the basic building blocks, point them in the right general direction, and try to fire them with enthusiasm.

But I can’t pull their creativity out of a hat for them. Either it’s there or it’s not, and only they can retrieve the rabbit.

Don’t worry, Gregor and Callum are still the best of friends