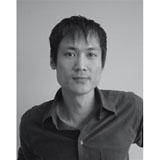 Word of mouth and brand heritage are more important than advertising in China. This is vital knowledge for designers eyeing the market, says Wing Hang Yip

As Western designers, it is easy to make assumptions about the East. We think we know what they need – better communication, more emotional engagement, less decoration. But is this right?

Being a Western designer (born in China and educated in the UK), I see the challenge we face. Since 2001, China has become a rapidly rising global economic power and predictions indicate that it will rise from the sixth largest economy to the second largest by 2030.

But a delicate balancing act is required before successful branding can be developed for this huge market. Western designers must do their homework if they are to succeed in China.

We need to understand the many different cultures and Chinese comfort zones (tastes, beliefs, values, attitudes, traditions). We cannot just assume that the entire Chinese nation has the same tastes or does business in the same way. Recognising this has allowed Minale Tattersfield to design successfully for the Asian market.

The bright colours used in China are not mere decoration – to the Chinese, strong colours talk. Red, for example, often used at weddings, is a signifier of luck. Bright colours are more expensive to print, but they add value in a way they don’t here. Designing in a minimal British style doesn’t work – lack of colour and decoration can be interpreted as cheap and low quality.

Strong colours are not merely decorative effects in China. They are the means of communicating the message to the consumer which, in turn, creates the desired emotional response.

The brand name also has to mean something in China. Lipton Tea Bags use strong colours worldwide. When Lipton entered China’s green tea market, the only thing it did was choose the Chinese language to be the dominant element in the package design.

Lipton recognised that to sell its products in China, the Chinese consumer needed to be comfortable with the name and language. The box remains a brilliant yellow, representing the sun, with a bright red logo and green tea plant. The name Lipton is on the box, but only as a sub-element.

This is an approach that works for the brand (if you can’t read Chinese or miss the Lipton name, its brand is present in the colours) and the consumer. Lipton could just as easily have used English, but instead it allowed the packaging to speak for itself and, importantly, engage with the consumers’ comfort zones.

A few other companies, such as Nestlé and Coca-Cola, have also learned this lesson. After trying in vain to establish Coca-Cola in China, the company chose to create a phonetic and visual identity. The Mandarin ‘ke kou ke le’ is a phrase that the Chinese understand and respond to. ‘Permit the mouth to rejoice’ means something. Coca-Cola use the Chinese characters that correspond to this phonetic in all its branding communications in China.

Another consideration is brand heritage. The Chinese are not easily persuaded by advertising. Brand values are better established in China by word of mouth. Chinese shoppers peruse pack information very thoroughly – they want to trust the brand and feel that they are getting value for money.

Recognising the diversity of the sprawling Chinese market will enable Western designers to do this in ways that show knowledge, respect and sensitivity – all important to the Chinese consumer.

And give it time. Change does not happen overnight. It is gradual and takes patience – just like building a bridge.

Wing Hang (Marco) Yip is a designer at Minale Tattersfield and Partners, UK